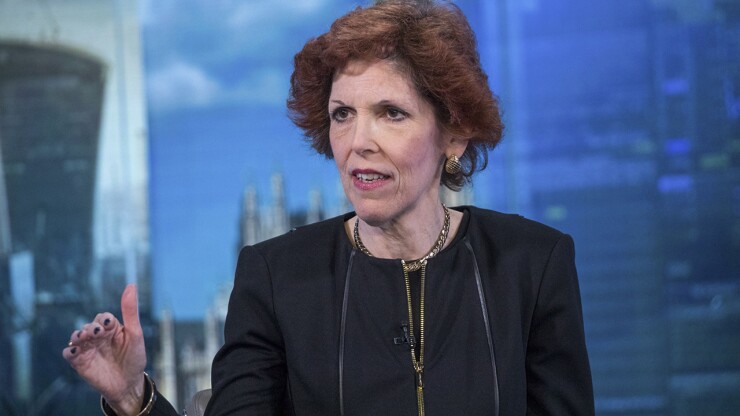 “Unless there are some big surprises, I expect it to be appropriate to raise the policy rate another 50 basis points at each of our next two meetings,” Mester said Friday in prepared remarks for a virtual appearance at the International Research Forum on Monetary Policy.

Central bankers raised interest rates by a half point at their meeting earlier this month and Chair Jerome Powell told reporters that similar moves were on the table at their next two meetings, in June and July.

Mester, who votes on monetary policy this year, said that once they got to September, the policy-setting Federal Open Market Committee should assess if it needs to do more to restrain inflation, which is running at the highest levels in 40 years.

She said she’d like to see “several months” of sustained declines in inflation readings before concluding that prices have peaked.

Chair Jerome Powell on Thursday repeated that half-point hikes were on the table for the next two meetings while leaving the door open a crack to being more aggressive if needed.

Asked if he was taking a larger 75 basis-point increase off the table, he restated his comment from a May 4 press conference that the Fed wasn’t “actively considering” such a move, according to a transcript of the interview released by Marketplace.

During a question and answer session following her speech, Mester said that financial markets are handling the Fed’s moves so far, but that policy makers need to be aware of potential risks to financial stability.

“Especially as we reduce the balance sheet, we’re going to be wanting to gauge what effect is that having not only on financial-market functioning, which I think will be fine, how much is that contributing to tightening of financial conditions,” Mester said. “We’ll have to calibrate our policies to what’s actually happening.”

Mester also reiterated in her remarks that the Fed should consider selling its mortgage-backed security assets, once its balance-sheet runoff scheme is well under way, so that it returns its portfolio to mainly holding Treasuries.