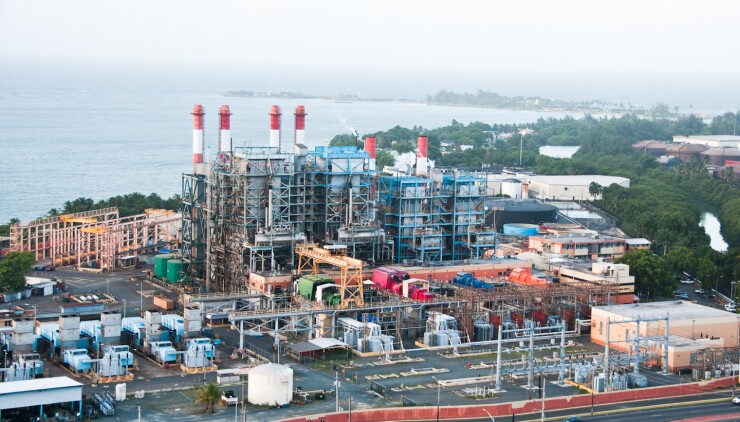 The Puerto Rico Electric Power Authority appears set to lose $169 million or more over the course of a quarter of a year as higher fuel prices have cause it to use nearly half of it’s annual budget for fuel in just three months.

Given the authority’s losses, “there does not appear to be any room for debt service,” said Tom Sanzillo, director of finance at Institute for Energy Economics and Finance.

The cost of PREPA’s energy purchases came in $49 million higher than budgeted between April 10 and May 6.

PREPA projected $128 million in operating losses for the period from April 10 to July 8, according to a cash flow report filed to EMMA on Monday, but using the actual data for mid-April through early May, the authority says it will lose $169.4 million through July 8.

The new figure does not include any changes to budgeted figures from May 7 to July 8.

But the FAFAA blames a “timing difference of payments that reverses in subsequent periods” for the larger shortfall.

It is unclear what the authority’s losses will be in the coming months.

The authority now says energy purchases in the three-month period from April 10 to July 8 will be $883.5 million. The Puerto Rico Oversight Board budget allocated $1.968 billion for the current fiscal year.

Effectively, the authority now expects to spend almost 45% of its annual allocation for fuel in 25% of a year and if prices continue to rise, that amount may climb.

As of May 5, the authority had $1.05 billion in its operating account.

“PREPA must operate within its certified budget and it is the Oversight Board’s expectation that PREPA will do so,” board Spokesman Matthias Rieker said. He declined to make further comment.

Following Russia’s invasion of Ukraine, fuel oil and natural gas prices have soared. Most of PREPA’s energy purchase costs are for these fuels.

Fuel costs are likely to remain high through the first quarter of the next fiscal year, which runs July 1 to Sept. 30, and perhaps beyond, said Sanzillo.

“Run, don’t walk away from oil and gas in the system,” Sanzillo said, suggesting the need for PREPA to turn to alternative fuels. “There are alternatives in the renewable sector and PREPA and LUMA must accelerate all efforts in order to bring down fossil fuel costs.” LUMA is currently managing the transmission and distribution of electricity in Puerto Rico.

“The Energy Bureau and the [Oversight Board] have to get a handle on accurate fossil fuel reporting and estimation,” he said. “It is one of the most elusive budgetary goals now facing PREPA and LUMA. The only way to do this is to integrate more renewable energy into the grid.”

The Oversight Board and PREPA bondholders are currently in negotiation over the authority’s more than $8 billion in bond debt. The authority also owes additional amounts in fuel line loans, general unsecured claims, and unfunded pensions.

The FAFAA also said the Puerto Rico Energy Bureau “reconciles and resets the fuel and purchased power adjustment charges in customer rates on a quarterly basis.”

PREPA, the Puerto Rico Energy Bureau, and the PREPA Ad Hoc Bondholders Group did not immediately respond to a request for comment.

Which Big Tech Stock to Buy on the Dip
Towns Where Million-Dollar Homes Are Practically The Norm
Bank of Japan Intervenes in Foreign Exchange Markets After Yen Slips to 24-Year Low
Crypto market dumps after Ethereum Merge, why? Watch The Market Report
Read the highlights of the new lawsuit against Donald Trump by New York Attorney General Letitia James