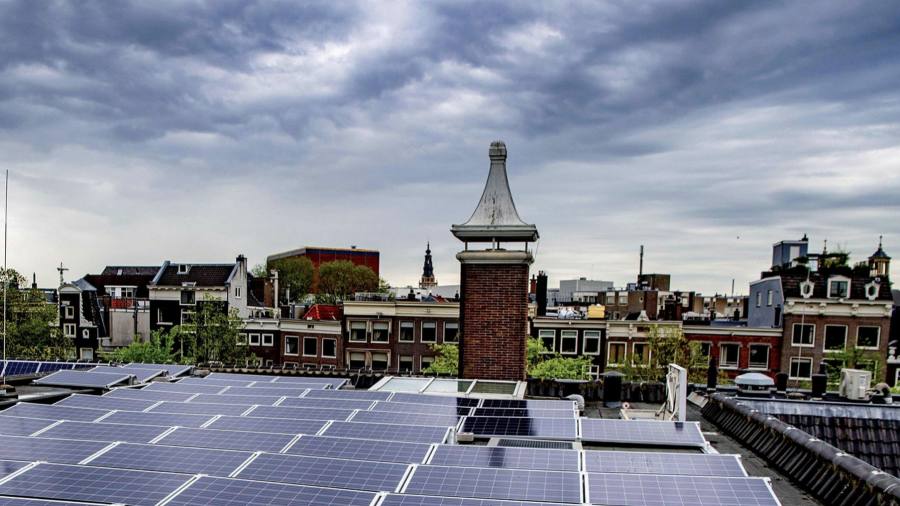 The European Central Bank has paved the way for a series of rate rises, starting with a quarter-percentage point move in July and raising the prospect of a bigger half-point shift in September.

The ECB said in a statement on Thursday that its governing council “intends to raise the key ECB interest rates by 25 basis points at its July monetary policy meeting”.

It added that, if the inflation outlook persists or deteriorates, “a larger increment will be appropriate at the September meeting”.

The bank last raised rates in 2011 and its deposit rate now stands at minus 0.5 per cent.

Markets viewed the possibility of a bigger increase in September as a hawkish surprise, and eurozone government bonds weakened following the announcement. Germany’s 10-year bond yield climbed 0.08 percentage points to 1.44 per cent. Riskier debt sold off more sharply, with Italy’s 10-year yield up 0.16 percentage points to 3.62 per cent. The euro edged higher to $1.076 against the dollar.

Frederik Ducrozet, head of macroeconomic research at Pictet Wealth Management, said: “They have reversed the burden of proof. Inflation needs to improve for them not to hike by 50 basis points in September.”

ECB president Christine Lagarde and chief economist Philip Lane had signalled rate rises of a quarter of a percentage point as the benchmark for its meetings in July and September ahead of Thursday’s vote.

Beyond September, the ECB said it “anticipates that a gradual but sustained path of further increases in interest rates will be appropriate”.

The announcement, made after the ECB governing council met in Amsterdam, is a major step towards ending the ultra-loose monetary policies of negative interest rates and massive bond purchases that it has pursued over the past eight years.

There has been broad agreement among the ECB’s 25 governing council members on the need to raise rates to tackle eurozone inflation that has risen at a record rate of 8.1 per cent in the year to May, more than quadruple its target of 2 per cent.

Lagarde said on Thursday that inflation would “remain undesirably elevated for a period of time”.

The pace at which price pressures have intensified over recent months has left hawks calling for more aggressive moves, in line with the Federal Reserve’s strategy of raising rates by 50 basis points at a time.

With Russia’s invasion of Ukraine already driving up food and fuel prices for European consumers, there are growing fears among economists that if Russian gas supplies are cut off it could plunge the eurozone into recession.

The ECB slashed its growth forecasts and raised its projections sharply for inflation. Eurozone inflation would increase from 2.6 per cent last year to 6.8 per cent this year, before declining to 3.5 per cent next year and 2.1 per cent the following year – remaining above the 2 per cent target for the entire forecast period.

There has been speculation about how quickly the ECB could start shrinking its balance sheet by not reinvesting the proceeds of maturing bonds. The bank said such reinvestments would continue “for an extended period of time past the date when it starts raising the key ECB interest rates and, in any case, for as long as necessary to maintain ample liquidity conditions and an appropriate monetary policy stance”.