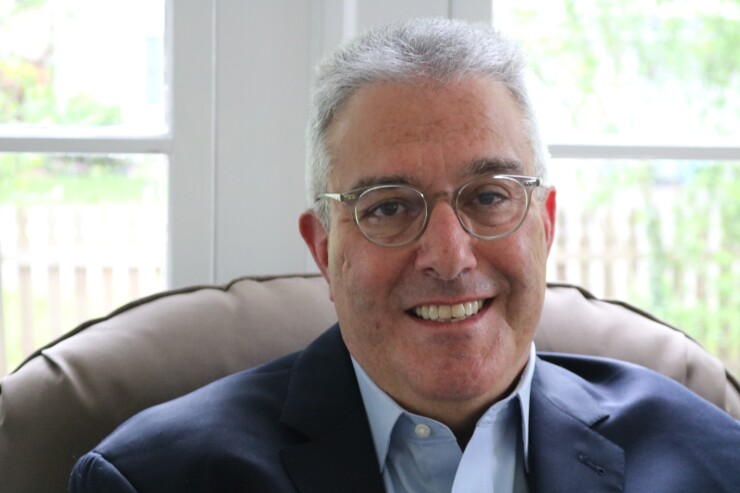 Ira Smelkinson started in the minority-owned firm’s New York office June 1 as a managing director and head of a now-four member transportation team that focuses on the sector as well as public-private partnerships. He previously led the transportation team at Morgan Stanley.

Smelkinson’s hiring compliments two other additions earlier this year, one that puts a veteran banker and former lead of JPMorgan’s housing team, Peter Weiss, at the helm of the Loop’s team and another, Patricia Rodriguez, that establishes a second office in Texas.

“The firm is coming off a strong year and we are reinvesting in our core business and are looking to grow,” said Warren “Bo” Daniels Jr., a managing director and head of public finance investment banking. The firm has 21 offices with bankers in 11 now. “We’ve established with our clients that we can compete at the highest level with the best firms. We believe these three individuals help us meet all of those objectives.”

Smelkinson spent 23 years at Morgan Stanley where he specialized in airport and seaport finance and headed up the firm’s transportation practice. He began his public finance career at Merrill Lynch where he spent 12 years. Before entering public finance, he was an accountant at Arthur Andersen.

“We want to expand our transportation business. It’s a super important and growing business,” Daniels said. “We love the group we have now but we wanted a real senior person and so we reached out to him.”

Loop hired Weiss as a managing director and head of housing based in the New York office. Weiss came from JPMorgan where he led the housing group there and has worked since 2008. He held previous positions as a housing specialist at the former Bear Stearns and former Lehman Brothers and was a co-founder of the Hudson Housing Capital LLC. He will oversee a group of three others.

Daniel’s friendship and collegial competition with Weiss dates back to their time together as graduate students at the Wharton School at the University of Pennsylvania. Weiss went on to Lehman and Daniels landed at Goldman Sachs. “He’s a great banker and this is another sector that is very important to us,” Daniels said.

In addition to the transportation and housing sectors, the firm made a move to enhance its Texas coverage by hiring Rodriguez as a senior vice president who has established a banking presence in San Antonio. The firm currently has a banker who heads up Texas coverage from Dallas.

Rodriguez came from Huntington Capital Markets, which acquired the Hutchinson, Shockey, Erley & Co. team in 2018. She has worked there since 2016. She previously was a principal at the Capital Consulting Group LLC.

“We were looking to expand in Texas and Patricia is just a great fit for our platform,” Daniels said.

The minority-owned firm has come a long way since it was launched as a municipal bond shop by James Reynolds Jr., Sandra Reynolds, and Albert Grace Jr. from Chicago in 1997 with just a handful of employees. It now has 300 employees across business lines located in 23 offices including roughly 30 public finance bankers. Reynolds is the chief executive officer and chairman.

The firm since then expanded into equities and evolved into a full-services investment bank, brokerage and investment advisor with governmental, corporate and institutional clients and offices across the country through a steady stream of hiring and acquisitions and the addition of offices. It’s also branched out to asset and investment management.

With interest rates rising as the Federal Reserve seeks to tamp down skyrocketing inflation, issuance is expected to slow. Daniels said he doesn’t expect those projections to curtain the firm’s interest in adding bankers in key sectors and regions including further additions in Texas. The firm also is in the process of building a repo desk which would expand trading activities.

Reynolds said last year he hoped to take the firm public as soon as this year. The firm’s revenue topped $200 million in 2020, and he said at the time he hoped for a market valuation exceeding $1 billion. The IPO market has softened so the potential timing remains uncertain.

Daniels said the firm does continue to eye going public in the future but for now it has no impact on expansion plans. “The firm will continue to invest in its core business and serve our clients,” Daniels said.

— Chip Barnett contributed to this story.