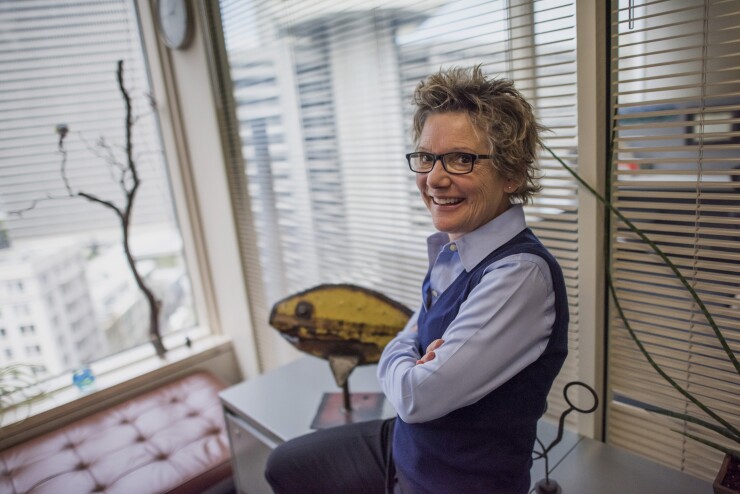 Federal Reserve Bank of San Francisco President Mary Daly said she expects the central bank to raise interest rates to levels that restrain the economy, though it’s not clear how much further policy makers will need to go to bring down hot inflation.

The central bank, which raised interest rates by 75 basis points this month in an effort to stem the fastest price gains in 40 years, has put policy on an “expeditious path” by the end of the year to neutral, the rough level that neither speeds nor slows the economy. Additional tightening beyond that is likely the next step, Daly said Friday in prepared remarks to a conference in Orange, California, hosted by the Shadow Open Market Committee, a group of Fed watchers.

“How much additional tightening will be required depends on a number of factors that fall outside of the Fed’s direct control, including the speed and magnitude of supply chain recovery, the duration of the war in Ukraine, and the willingness of individuals who have left the labor force to reenter,” Daly said.

Such a quick tightening path — most policy makers see the federal funds rate reaching at least 3.4% by the end of the year — will likely result in some cooling of the economy and labor market, but she said the transition should be smooth, with elevated inventories and job openings helping cushion the blow from higher rates.

“I do expect the costs of adjustment to be moderate, with some slowing of GDP growth below its longer-run trend and an increase in the unemployment rate from the very low levels we see today,” Daly said.

The U.S. economy will likely react similarly to how it did in the 1990s, when the Fed quickly raised rates to put the brakes on a rapidly declining unemployment rate, which some at the time feared could lead to runaway inflation. The economy was able to take that rate adjustment in stride and continue expanding, Daly said.