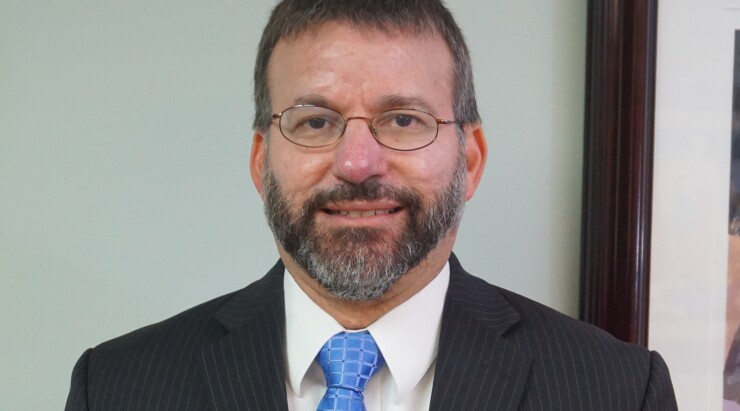 The Puerto Rico Oversight Board again imposed the fiscal 2023 budget on the Puerto Rico’s central government.

While the board had reached a consensus budget with the local legislature and Gov. Pedro Pierluisi in June 2021 for fiscal 2022, there was little cooperation with the board this year, said Board Member Antonio Medina.

The Puerto Rico Oversight, Management, and Economic Stability Act allows the board to enact the budget without approval from the legislature.

Medina said he was “highly disappointed” the board was unable to reach a similar consensual budget this year and blamed officials who put political and personal interests ahead of those of Puerto Rico.

The behavior of the local politicians is the same as what led to Puerto Rico’s bankruptcy, Medina said.

He said he hoped this year’s budget process would provide lessons to officials.

“It is unfortunate that the legislative process related to the central government budget was very controversial and took too long,” Pierluisi said. “The majority legislative leadership wasted the opportunity to pass a board-certifiable budget that included the priorities we had identified for the benefit of the people. My administration managed to get the board to include many of our public policy initiatives that are positive for Puerto Rico, but other important ones were certainly missing.”

After four years of structurally balanced budgets if the government has affordable access to the capital markets, PROMESA prescribes the end of the board.

Though the initial fiscal 2022 budget was approved consensually in June 2021, the ultimate fiscal year 2022 budget was not. The board imposed the amended budget, which included large amounts to pay bondholders, in February after the Puerto Rico Senate failed to pass it. Senate President José Luis Dalmau said he did not have the votes to pass the budget in the Senate so he did not bring it to a vote.

“It is clear that six years after enactment of PROMESA and the [Oversight Board], elected officials don’t have the will to implement a balanced budget,” said Gustavo Vélez, CEO of Puerto Rico economic and business consulting firm Inteligencia Ecónomica. “Moreover, the local political class refused the fiscal discipline implemented by the [board], and that irresponsible behavior undermined Puerto Rico’s post-bankruptcy recovery.

“The 2022-23 budget is critical since it is the first budget after the end of Title III [bankruptcy],” Vélez said. “We will need the [board] indefinitely.”

Advantage Business Consulting President Vicente Feliciano said, “The whole drama of the budget lack of approval by the legislature raises flags as to what will happen once the board is gone.”

Puerto Rico attorney John Mudd said, “The board certification will not delay its departure. PROMESA says four consecutive balanced budgets but is silent as to who approved them.”

On Thursday evening the board approved a $28 billion consolidated budget for Puerto Rico, including $12.426 billion in the general fund, $4.5 billion in the special revenues budget, and $11.286 in use of federal funds.

The general fund declined from the fiscal 2022 amended budget of $12.556 billion.

The consolidated budget’s biggest spending categories are health at $5.5 billion and education at $4.6 billion.

The general fund includes additional investments for employees, retirees, and infrastructure, said Ginorly Maldonado, commonwealth fiscal plan and budget director for the board. It has $259 million for salary increases and Social Security, $71 million for civil service reform, and $322 million for infrastructure spending. Of the last figure, $172 million will be for non-toll roads and transit assets of the Highways and Transit Authority.

The budget includes agency consolidations, the funding of an Office of the Chief Financial Officer, and investments in technology.

The general fund budget has 9% for paying debt. It devotes about 8% to funding a pension reserve trust and 16% for the “pay-go” support of existing retiree pensions.

“After years of deficits that resulted in inadequate funding for critical services, Puerto Rico is now able to provide significant investments to improve the quality of life for Puerto Rico residents and businesses,” said Oversight Board Chairman David Skeel. “This budget not only prioritizes critical services that are so important for the lives of all Puerto Ricans, but also provides the government with the investments and stability to grow the economy.”