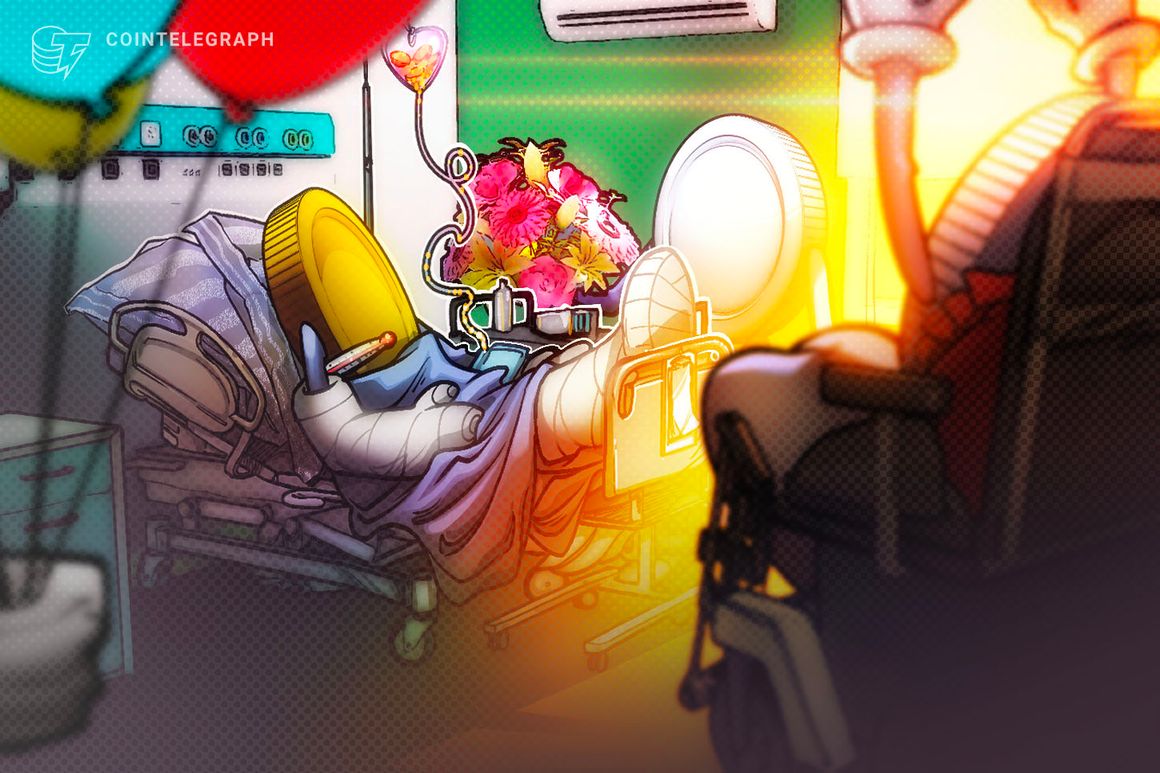 When investing in financial markets, people often underestimate the possibility that, over a period of time, the investment may lose its value, and it will take time to recover temporary losses. The deeper the loss becomes, the more energy required to recover the losses increases out of proportion. If I invest $100 and lose 10%, I end up with $90 (whether I keep the investment or liquidate it). So, to get back to $100, which returns do I have to make? I have to make 11% because, with a base of $90, if I make 10%, I end up with $99. This effect is amplified if I lose 20% — to get back from $80 to $100, I will have to make 25%.

So, the losses are not exactly symmetrical to the gains you must make to recover them. If I find myself having lost 50% of my investment, to get back to $100 from $50, I must double it, so it should be intuitive to the reader that the more the loss is amplified, the more energy required to recover.

The bad news is that Bitcoin (BTC) has lost more than 90% of its value on one occasion, more than 80% on two other occasions, hitting during this period a performance percentage of -75%. But the good news is that it has always recovered (at least so far) from losses in a very reasonable timeframe — even the heaviest losses.

The Ulcer Index, i.e., the index created by Peter Martin that calculates how long an asset has been below the previous high, is crystal clear. Investing in Bitcoin leads to ulcers for many months, but then leads to incredible returns that, if one has the patience to wait for them, make one forget the period of bellyaches from the losses incurred.

Compared to the previous two graphs, which cover a period of 50 years while this one only covers 12 years, the presence of the loss area is predominant, even though, in reality, Bitcoin has always achieved incredibly high returns that have allowed it to recover as much as 900% in less than two years.

Returning to the topic of this post, here are some further methodological notes:

Although Bitcoin’s history is very recent, its volatility and speed of recovering losses is remarkable, an indication that this asset has characteristics all its own to be explored and understood to the fullest before possibly deciding to include it within a diversified portfolio.

As you can see from the length of the above table, there have been many periods of loss and recovery in excess of 20%, albeit in only 12 years of history.

It is a widely held opinion that one year in crypto corresponds to five in traditional markets. That is because, on average, volatility, drawdowns and descend speed are five times superior to stocks. Based on this assumption, while being aware that the period under consideration is short, we can try to compare it to the 50-year analysis of the markets.

As can be seen, the days it takes to have a 40% or greater loss often number less than three months. The darker dot is the current drawdown suffered by Bitcoin since the November highs, or about 220 days so far, making it in line with the regression line that determines (to simplify) an average value of the relationship between losses and the time to get there.

While an asset having short intervals in getting to the low point means that it has a great deal of volatility, it also means that it is capable of recovering. Otherwise, it would not have recovered from that low and, indeed, there would not even be a bottom from which to rise.

Instead, shrewd investors who were initially dubious of Bitcoin until it proved to rise again in the COVID-19 onset period (that is, March-April 2020) realized that this asset has unique and interesting characteristics, not the least of which is its ability to recover from the lows.

Understanding, therefore, the strength of the recoveries that Bitcoin has been able to make can give us an estimate as to how long it may take it to recover to new highs — not to delude ourselves into thinking that it can do so in a few months (although, on a few occasions, it has surprised everyone), but to give us the peace of mind to wait if already invested, or to understand the opportunity ahead if, so far, we have been hesitant toward investing.

From the graph above, a regression can be extracted that explains Bitcoin’s relationship to the time it took to recover a new high from the relative low. To give an example, assuming and not granting that Bitcoin has hit lows of about $17,000, the recovery it needs to make to get back to the highs is 227%. So, the following the formula can be derived from the regression line described in the graph:

Where G is the expected days to recover the loss and P is the recovery percentage required, it can be inferred that it takes 214 days from the low of a week ago to return to a new high.

Of course, assuming that the low has already been hit is a stretch as no one can truly know. However, it can be assumed that it is would be very unlikely to see the new highs again before January 2023, so people can put their hearts at rest if they have invested and are suffering the loss, while perhaps those who have not yet invested can realize that they have a very interesting opportunity in front of them to consider, and quickly.

I realize that these statements are strong. They are not meant to be a forecast, but only an analysis of the market and its structure, trying to give as much information as possible to the investor. Obviously, it is necessary to infer that the worse the loss gets, the longer I will have to be willing to wait to recover it, as can be seen from the graph below, which is the derivative of the regression in the graph above (recovery times based on loss) related to losses incurred.

Unlike the two asset classes equities and bonds, in the case of Bitcoin at this point of loss, getting out represents more of a risk than an opportunity, because Bitcoin has shown that it can recover much faster than those other two asset classes. It would have been necessary to exit earlier, as we did with the alternative Digital Asset Fund, which is losing less than 20% YTD and thus will need a ridiculous 25% to get back to new highs for the year, compared to the 227% needed by Bitcoin to climb back up, evidence that using trend-following logic reduces volatility and recovery time.

To reiterate, however, the difference between Bitcoin and the other two asset classes (equities and bonds), I have compared the three on this graph of relationship between loss and recovery time:

It is clear from this chart that Bitcoin has an impressive recovery characteristic compared to equities and bonds, so having a percentage, even a small percentage, of Bitcoin in a portfolio can speed up the recovery time of the entire portfolio.

This is probably the best reason to have a percentage of digital assets in a portfolio, preferably through an actively managed quantitative fund, of course, but you already know this since I am in conflict of interest.

This article does not contain investment advice or recommendations. Every investment and trading move involves risk, and readers should conduct their own research when making a decision.

The views, thoughts and opinions expressed here are the author’s alone and do not necessarily reflect or represent the views and opinions of Cointelegraph.

Daniele Bernardi is a serial entrepreneur constantly searching for innovation. He is the founder of Diaman, a group dedicated to the development of profitable investment strategies that recently successfully issued the PHI Token, a digital currency with the goal of merging traditional finance with crypto assets. Bernardi’s work is oriented toward mathematical models development which simplifies investors’ and family offices’ decision-making processes for risk reduction. Bernardi is also the chairman of investors’ magazine Italia SRL and Diaman Tech SRL and is the CEO of asset management firm Diaman Partners. In addition, he is the manager of a crypto hedge fund. He is the author of The Genesis of Crypto Assets, a book about crypto assets. He was recognized as an “inventor” by the European Patent Office for his European and Russian patent related to the mobile payments field.

Why are Bitcoin and crypto pumping after the Fed meeting? Watch Market Talks live
Mortgage rates drop to the 5% range for the first time since September
Top Wall Street analysts find these stocks compelling
China sharply rebukes US over decision to shoot down spy balloon
4.5-Acre Oceanfront Maui Property Hits The Market For $5.5 Million