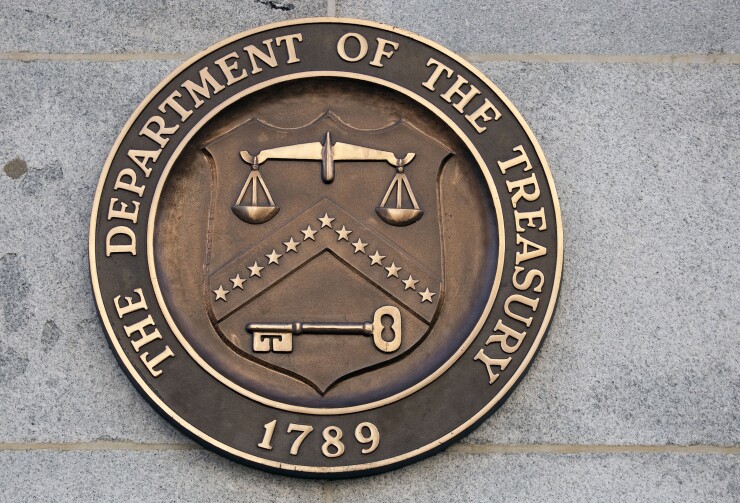 The dismissal of Arizona Gov. Doug Ducey’s lawsuit to block the Treasury Department from clawing back some pandemic relief money highlights both the complexities of state compliance with federal guidance and the antagonism that exists between certain states and the Biden administration.

But while Ducey was unable to make his case in federal court this time, it remains unresolved to what extent treasury may be able to recoup funds from states using them in ways the administration considers contrary to the intent of the law.

“The federal government can usually condition spending but it has to be unambiguous and prospective. States have to know what would be prohibited and what would not,” said Steve Rosenthal, senior fellow at Urban Brookings Tax Policy Center. “I always thought this ARPA limitation would be very hard for states to guess what sort of steps they can take and not take.”

In its dismal of the case this week, District Judge Steven P. Logan dismissed the case for failure to state a plausible claim and failing to support it with additional facts.

“When dismissing for failure to state a claim, ‘a district court should grant leave to amend even if no request to amend the pleading was made, unless it determines that the pleading could not possibly be cured by the allegation of other facts’.” the ruling said. “Here, the deficiencies could not be cured with additional facts as plaintiff’s claims are based on the text of the ARPA and Final Rule, so leave to amend will not be given.”

Ducey on Friday filed an appeal to the U.S. Court of Appeals for the 9th Circuit. The appellate court could choose to hear the case, and then could either reverse the decision and send the case back to the Arizona district court or could uphold the decision. In that latter case, Ducey’s final appeal would be to the Supreme Court.

Observers said other recent court decisions may also prove to have an influence on how much Treasury is willing to fight to uphold the Final Rule guidance.

“I’d like to hope that the Treasury Department is easing off some of this using COVID aid to states to push unrelated policies but we haven’t seen that in their court filings yet,” said Joseph Bishop Henchman, executive vice president at the National Taxpayers Union Foundation.

The whole case also highlights the complicated and antagonistic relationship the State of Arizona has had with the federal government since President Biden took office.  Besides the state’s recent win in a different case in the Ninth Circuit that reversed a lower court decision in the federal government’s favor, the Biden administration recently threatened to withhold relief funds from the state before retreating from that position and granting the state $2.1 billion.

But Treasury’s continued battles over preventing states from using federal money to enact tax cuts may be a losing battle due to the complex nature of dealing with a mix of taxpayer and federal dollars. Many states are instituting tax cuts due to large budget surpluses but are using general reserve funds or other specialty funds to apply the breaks, in a move that capitalizes on federal dollars but doesn’t use them directly.

“As a former tax drafter working for Congress, it’s just very hard to create rules that are formalistic,” Rosenthal said. “Since money is fungible, how do you trace when a state is actually spending federal money to cut their resident taxes?”