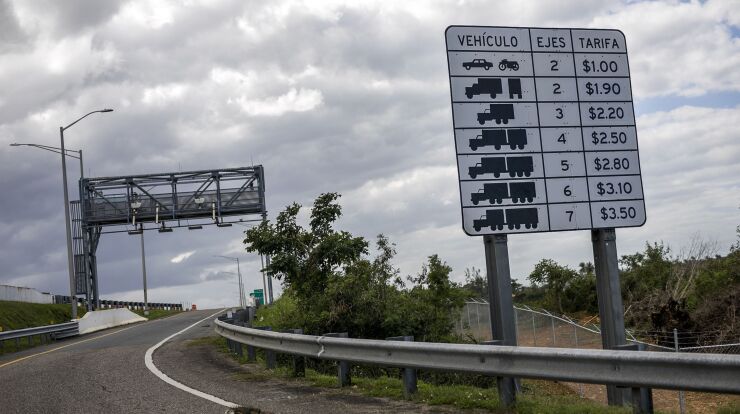 The Puerto Rico Fiscal Agency and Financial Advisory Authority filed an objection to the Highways and Transportation Authority Plan of Adjustment Thursday, saying it is illegal.

Its “limited objection” to the plan relates to section 2.4 “because it seeks to exert operational control over governmental entities in a manner inconsistent with PROMESA,” the FAFAA said.

The plan would compel HTA to assume management responsibilities that currently belong to the Puerto Rico Department of Transportation and Public Works, a non-debtor, the authority said.

The board, FAFAA argued, is seeking an order requiring HTA to transfer its mass transit assets to the Puerto Rico Integrated Transit Authority and would require PRITA to accept, operate and pay for those assets.

Lastly, the authority said, the plan of adjustment would require the Department of Transportation to give up its responsibilities regarding Puerto Rico’s non-toll roads.

“Because the court cannot mandate that non-debtor third parties cede their property or governmental functions to a debtor under a Title III plan of adjustments, the plan cannot be confirmed unless section 2.4 is deleted,” FAFAA attorney Peter Friedman said in Thursday’s filing.

Swain has scheduled hearings on the HTA plan of adjustment for Aug. 17 and 18.

Puerto Rico Attorney John Mudd said FAFAA’s objection was unlikely to delay consideration and approval of the plan of adjustment.

The board did not respond to request for a comment on FAFAA’s filing.

While the terms of the HTA bond restructuring were largely set in the central government’s plan of adjustment approved in January, HTA bondholders did not get cash, bonds, or contingent value instruments when that plan was executed in March. Further conditions had to be met, including court approval.

According to the terms of the HTA plan of adjustment, holders of $4.3 billion of HTA bonds would receive $1.2 billion of new bonds with 5% coupons and $389 million of cash. The generosity of the deal depends on what type of HTA bond is held.

About $1.2 billion of the original par value is uninsured and the rest is insured by Assured Guaranty, Financial Guarantee Insurance Corp., and Ambac Assurance.