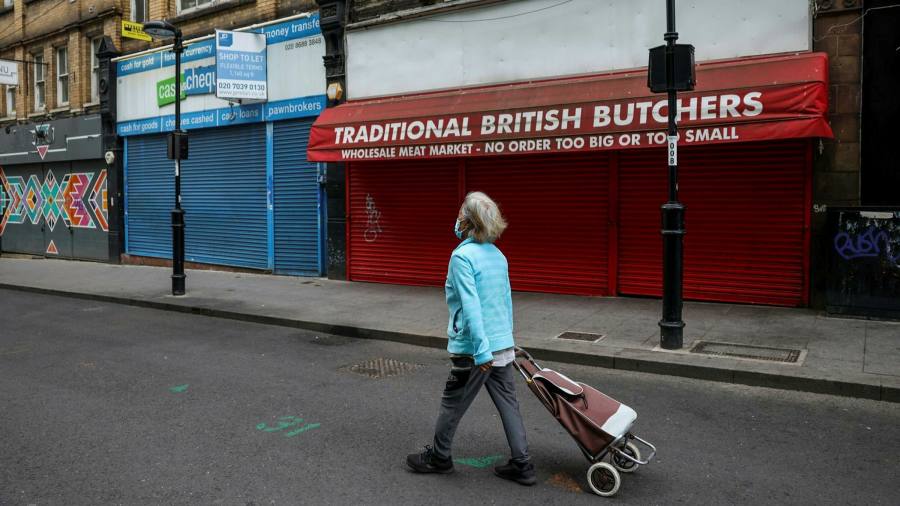 Companies in England are heading for an “iceberg” next spring with business rates set to rise by up to £3bn because of soaring inflation, industry groups have warned.

They said those businesses that gain from an upcoming revaluation could see those benefits eroded as a result, while those that lose out will see their losses amplified.

Business rates, the taxes paid by companies based on the rental value of the property they occupy, rise at the start of each tax year based on consumer price inflation the previous September.

The annual uplift has been cancelled for the past two years to help businesses weather the coronavirus pandemic. But the Bank of England is forecasting inflation could reach 11 per cent later this year, potentially setting up a large rise in rates in 2023.

Louise Hellem, director of economic policy at the CBI, called on the next Conservative administration to ease the burden: “There isn’t a moment to lose”, she said.

“Unless urgent steps are taken to ease the business rates burden, firms are facing a hike in their bills in April of around 10 per cent just from inflation,” she said. “This is an iceberg threatening businesses already reeling from soaring energy costs post-pandemic.”

Craig Beaumont, chief of external affairs at the Federation of Small Businesses, raised the issue with chancellor Nadhim Zahawi at a meeting last week as he called for help with “pre-profit taxes”.

“This coming year small businesses will face a business rates double whammy of inflation and a revaluation, with some companies potentially facing huge hikes of 200 per cent,” he said.

Next year will see the first reappraisal of commercial property values since 2017. Many occupiers are expecting big reductions given that rents have fallen steeply in many areas.

However, by law revaluations have to be fiscally neutral to the Treasury in real terms, meaning that without intervention the overall tax take in fiscal 2023 would broadly be the 2022 figure plus an inflation uplift.

Real estate adviser Altus Group said that based on the Bank’s inflation forecast, the tax take from business rates in England — the tax is devolved in Scotland and Wales — could rise by almost £3bn in 2023.

Robert Hayton, UK president at Altus, said ministers “should end once and for all this ridiculous policy of growing the tax base through inflation”.

The Treasury has come under pressure to reduce business rates, with the CBI calculating that property taxes in the UK are four times higher than Germany and 50 per cent above the G7 average as a proportion of GDP.

But a review last year ruled out radical changes. The government has instead consulted on whether to impose an online sales tax to help high street retailers. Another consultation about transitional relief, which smoothes the impact of revaluations by suppressing increases for some businesses but limiting reductions for others, closed last week.

Beaumont said ministers “should be scrapping downward transitional relief” and called on them to increase the ceiling for business rates relief to £25,000 “to remove the smallest firms from this regressive anti-growth tax.”

Currently, only businesses occupying premises with a rateable value below £12,000 are exempt from rates.

The Treasury said that decisions on the multiplier and on transitional relief would be made according to the standard budgetary process.