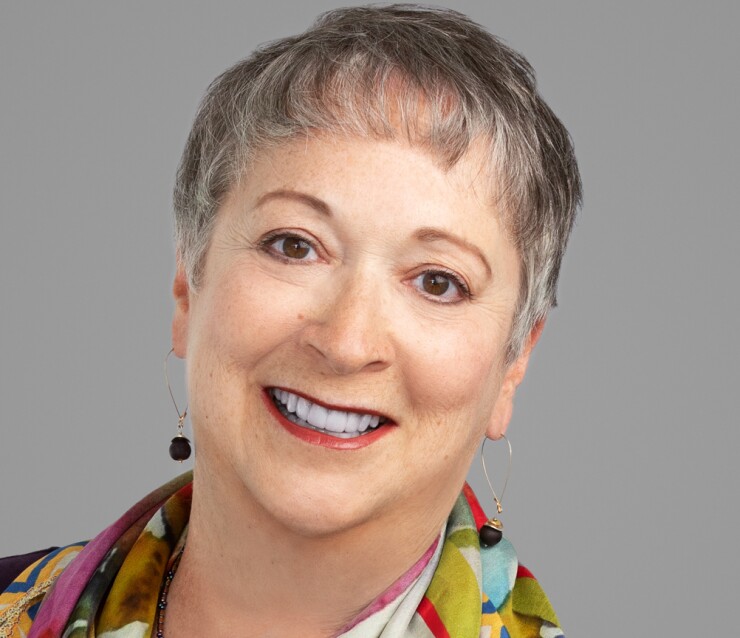 Veteran public finance attorney Renee M. Friedman stood out as a talented advocate for her clients who relished taking on tough transactions with a knack for boiling them down to plain English and always carved out time for social justice causes close to her heart, friends and colleagues said.

Friedman, a former partner who most recently was senior counsel in Katten Muchin Rosenman LLP’s Government and Public Finance Group in Chicago, died Saturday after a long battle with cancer. She was 66.

After attending Northwestern University and Washington University School of Law where she edited the Urban Law Annual in 1980, Friedman joined Borge and Pitt. The firm merged with Katten Muchin in 1987 and there she remained for the entirety of her career.

“Renee was deeply committed to relationships and collaboration,” said Janet Goelz Hoffman, senior counsel at Katten and a 40-year friend and colleague of Friedman. “One of the things she did so well was taking complicated transaction structures and explaining them in a way that a client could understand, laying out their choices and then meeting all compliance requirements.”

Friedman’s practice crossed various sectors from healthcare and cities to school districts, utilities, and non-profit organizations. Her work supported the building of a cathedral in Oakland, a wind farm in Minnesota, a cardiology hospital in Wisconsin and children’s museums in Illinois, the firm said.

Chad Doobay, a partner, called Friedman a mentor who had one of the “sharpest minds in our industry.”

“Renee could really get in the middle of complex problems and explain them in a way that clients could understand,” Doobay said. “She had a real love of teaching and passing along her knowledge to the next generation of attorneys.”

At work and in her personal time, Friedman championed social justice causes, the firm said in a statement.

“Renee was dedicated to a number of organizations focused on helping women and children. Along with her Katten colleagues, she supported Girls in the Game, a group seeking to empower young women through engagement in sports. She also assisted EverThrive Illinois, which advances the health and safety of Illinoisans through greater access to quality health care,” the firm said.

In addition, she advocated for her synagogue, B’nai Jehoshua Beth Elohim, to become an early member of United Power for Action and Justice.

“We will miss Renee, her giving spirit, kind-heartedness, humor and grace,” the firm said.

Friedman was born in Chicago and later moved to the northern suburbs where she raised two daughters.

“Renee really did like to enjoy good company, good food, and good atmosphere and you could always hear her laughter rise above any conversation,” Doobay said.

Friedman was most proud of her family and loved to travel. Mexico was a frequent family favorite but trips to the Galapagos Islands and Glacier National Park also stood out, Hoffman said.

Friedman is survived by her husband Robert and daughters Rachael and Leah, grandchildren Mia Stosic-Druzinsky and Harold Posner, and her mother Beatrice Friedman. She had been looking forward to welcoming a third grandchild next month, Hoffman said.

Services were held earlier this week at B’nai Jehoshua Beth Elohim. In lieu of flowers, donations may be made in Renee’s memory to the Southern Poverty Law Center, 400 Washington Ave., Montgomery, AL 36104, or EverThrive Illinois, 1006 South Michigan Ave., #200, Chicago, IL 60605.

Crypto market dumps after Ethereum Merge, why? Watch The Market Report
Kwarteng to unveil his plan to kick-start UK economic growth
Influential celebrities that joined the crypto club over the past year
PREPA bankruptcy appears headed to litigation as board breaks off talks
More homebuilders lower prices as sentiment falls for ninth straight month