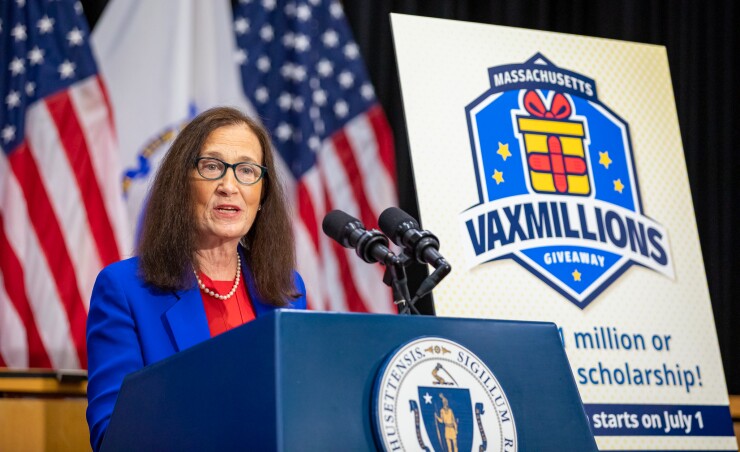 If all goes according to plan, municipal markets will see the largest ESG bond pricing ever next week as Massachusetts prepares to issue $2.7 billion of taxable business-tax backed special obligation revenue bonds.

The sale of the socially designated bonds was delayed in July as state lawmakers debated a last-minute spending bill that would allocate $300 million of surplus funds to the state unemployment system.

The bond deal will raise capital to pay back $2.2 billion in federal unemployment assistance loans taken during the pandemic and, with the bill targeting the same public program as the bonds, state Treasurer Deborah Goldberg temporarily postponed the sale.

With lawmakers unable to strike an agreement since then, Goldberg reversed course and gave the original deal the go-ahead, confirmed a spokesperson for the treasurer.

The deal is now highlighted on the state’s website for bond investors for the week of Aug. 15.

According to documents supplied by Jefferies LLC and BofA Securities, joint book-running senior managers for the deal, the bond structure remains unchanged.

The deal carries ratings of AAA from Fitch Ratings, AAA from the Kroll Bond Rating Agency, and Aa1 from Moody’s Investors Service, and carries ESG certification from Kestrel Verifiers.