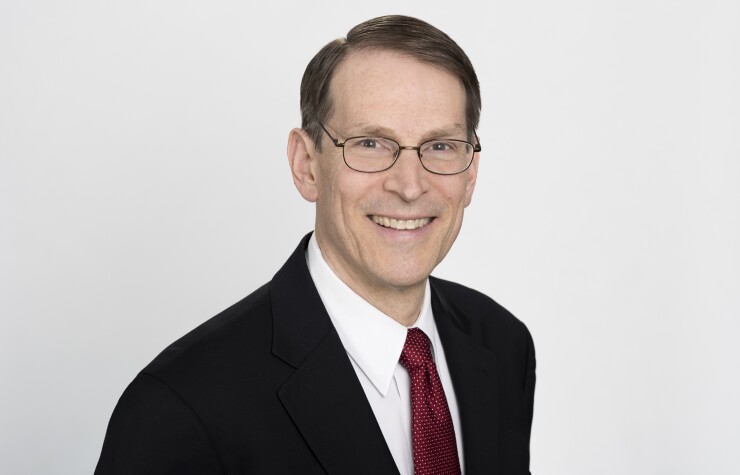 California lawmakers’ focus on one-time spending in the budget approved July 1 keeps the state on track for a potential rating upgrade one year out from receiving a positive outlook from S&P, but challenges remain.

S&P’s California rating remains a notch below those of Fitch Ratings and Moody’s Investors Service, which rate California AA and Aa2, respectively. Both assign stable outlooks.

“If we believe they are going to continue a structural balance that would be a trigger for a potential upgrade,” Hitchcock said in an interview Thursday. A positive outlook “reflects a one-in-three chance it could change the rating.”

The state plans to maintain structural balance by spending an expected surge of one-time federal grants, above-trend capital gains taxes, and other revenues primarily on a host of one-time items, according to S&P.

The state estimates that 93% of additional discretionary revenues will go toward one-time spending, S&P analysts wrote, because it projects that much of the recent revenue gain is due to these temporary increases in revenue noted above. Excluding one-time spending, projected ongoing expenditures in fiscal 2026 would be 15.1% higher in 2026 than in 2023.

For instance, the California Legislative Analyst’s Office recently released a publication estimating a 70% chance that fiscal 2023 general fund revenues could come in under budget.

“The revenue forecast in the adopted fiscal 2023 budget is based on the state’s May 2022 forecast, which could prove optimistic based on recent economic trends,” S&P analysts wrote.

It’s up to the ratings audit committee as to whether California’s rating could go higher, Hitchcock said.

“I’m just one analyst,” Hitchcock said. “Usually ratings move slower, because they consider long-term factors. It could take multiple jumps, but when we look at the differences between ratings at the higher end, there are often small levels of difference between them, but they have to maintain them over a longer term.”

He added that the fact the state has released the annual comprehensive financial report late over the past three years — in the second month of fiscal 2023, it hasn’t even released the ACFR for fiscal 2021 — is a concern.

The state didn’t release its ACFR for fiscal 2020 until February 2022, “a delay that we consider very late,” S&P analysts wrote in the report released Thursday.

All the ratings agencies say the state’s revenue volatility, because of the progressive income tax structure, and its dependence on high-net worth individuals, and thus the stock market, keeps it from having higher ratings.

In Thursday’s report, S&P analysts noted that 62% of budgeted state general fund revenue comes from personal income tax, and about half of PIT is derived from the top 1% of state taxpayers, including their high proportion of income from capital gains.

But S&P analysts also wrote that 2014’s Proposition 2, to increase amounts set aside in reserves, could mitigate some of the effect of a downturn in capital gains tax receipts.

The state’s housing affordability crisis and declining population are also considered challenges by the rating agencies.

The state plans to use some if its budget surplus to fund construction projects rather than issuing lease revenue bonds, and its multiyear proposal to defease $4.5 billion in variable-rate GO debt is considered a positive.

“We always like to see a reduction in liabilities,” Hitchcock said. “We are certainly concerned about the large OPEB (other post-employment benefit) liability, though they have made a small pay down.”

The plans to defease the variable rate debt would come in fiscal year 2024 or 2025.

California Deputy Treasurer for Public Finance Tim Schaefer confirmed that the state’s plans around defeasing the bonds could change. Newsom gave the state the flexibility of taking out the debt over the next two years, as a hedge against the possibility of a drop in revenues.

“I think it’s wise that the governor is taking this slowly, because once the bonds are paid off, we would have to go back to voters to issue new debt,” he said. “We don’t want to have paid off debt in order to turn around and re-borrow.”