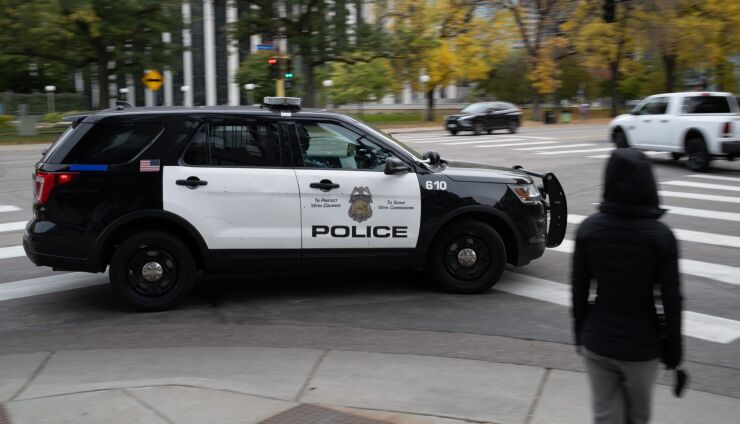 Minneapolis’ gilt-edged general obligation paper joins the primary field this week as the city promotes its strong fiscal condition that has weathered both the COVID-19 pandemic and fallout from the police killing of George Floyd.

The city will take competitive bids Wednesday on $124 million in an annual issuance “to fund long-lived capital projects,” said Allen Hoppe, the city’s director of banking, investments, and debt. Ehlers and Associates Inc. is advising the city and Kennedy & Graven is bond counsel.

“Our recent financial information reflects stability as a result of prior adjustments made during the COVID economy,” Hoppe said. The federal COVID-19 pandemic relief has “been part of the solution. We plan for managed future budget stability that fully addresses expected expenditures as those ARPA dollars fade away.”

The city’s work since last fall fell short of winning an upgrade from Fitch Ratings but the boost remains in sight. Fitch shifted the outlook to positive from stable last fall.

“The positive outlook reflects Fitch’s belief that the city’s long-term liability burden will remain moderately low over time driven by statewide pension reforms and strong trends of population and income growth,” Fitch said in affirming the AA-plus rating and positive outlook on the deal and $700 million of outstanding debt.

Minneapolis closed out 2021 with $140 million in general fund reserves, 27% of general fund spending and almost 50% higher than the city’s fund balance target of 17%.

That’s after using $27 million of reserves to replenish the city’s self-insurance fund to cover the settlement costs from a civil lawsuit related to the May 2020 killing of George Floyd by police, which drove protests and civil unrest in the city and across the nation.

The city self-insurance fund’s net position deteriorated in 2020 to a negative $97.8 million due to both lawsuits and a spike in police PTSD claims.

The protests drew attention to police tactics and racial disparities leading to demands for a reassessment in the funding of urban policing. Four Minneapolis police officers were fired, including Derek Chauvin, who was convicted of murder and sentenced to a 22-year prison term. Federal civil rights charges were later filed and last month Chauvin was sentenced to 21 years in prison.

S&P Global Ratings affirmed its AAA and stable outlook. S&P last fall had moved the outlook to stable from negative which was originally driven by the dual fiscal strains from the pandemic and uncertainty over the fiscal toll of the Floyd murder.

“Fiscal 2022 marks the second in the city’s multi-year recovery plan following the twin crises of the COVID-19 pandemic and the George Floyd killing,” S&P said. “We expect that absent a significant departure from its current trajectory, the city is positioned to realize more or less stable operations without ongoing use of reserves or other one-time funds to balance its operating budget within a few years.”

The city plans to use its $271 million allocation from the American Rescue Plan Act through fiscal 2024, along with some general fund reserves to fill interim budget gaps, while phasing in a gradual return in service provision and funding ongoing investments in strategic priorities.

Voters approved changes in the city’s government structure consolidating administrative authority over all operating departments under mayoral control. The reforms created the Office of Public Safety, which includes the police department and other relevant city departments, to deliver public safety services.

The city’s five-year outlook assumes average annual property tax hikes of 4.9% from 2023-2026. The city’s long-term budgeting plan assumes the use of $5 million from the general fund balance in 2023 and 2024 and $8.5 million in 2025, but the city has a history of outperforming its budgeted assumptions.

The city also plans to tap $37.6 million and $34 million in ARPA funds for revenue replacement in 2023 and 2024, respectively, buying more time for city revenues to pick up steam.