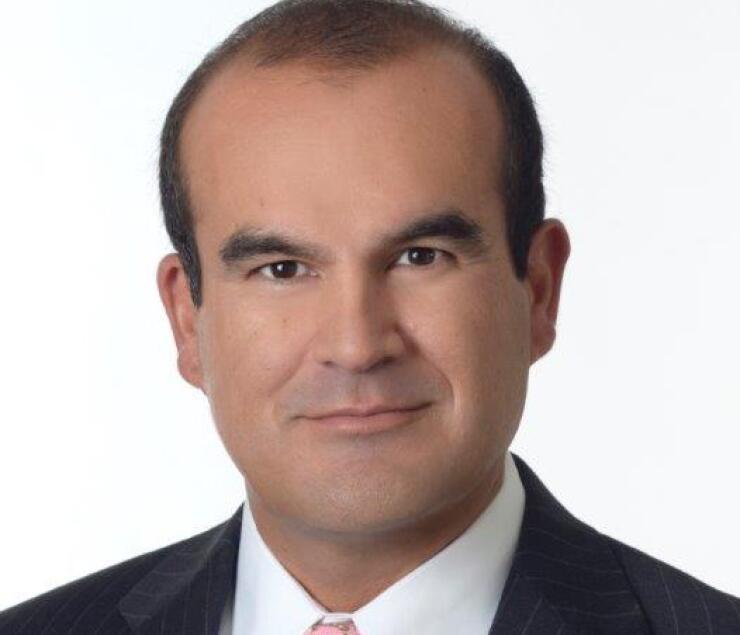 The half-century-old firm is no stranger to California, with an almost three-decade history in the Golden State.

But its California footprint has grown since hiring Raul Amezcua in 2021 to work in its Los Angeles office and grow its team.

“Our goal is to provide the best banking and execution in the market of any firm,” said Ted Sobel, the firm’s head of public finance and a senior managing director. “We are always looking to hire people to help us do that.”

Ramirez hired Amezcua to help further that larger mission as well as grow its presence in California, he said.

“He is an excellent, excellent banker,” Sobel said. “He’s been a leader and we think he is somebody who can significantly grow our California business working with the other experienced people we have around the country.”

Since Amezcua joined in early 2021 the firm has made some key additions to its California team.

Eric McKean as a managing director and Esthela Carreón as a vice president joined this summer, and Shayan Golshan joined earlier this year as an associate.

Several of the new Ramirez hires worked together at De La Rosa & Co, which was acquired by Stifel in 2014 and moved over to Ramirez from Stifel.

“Of note, Fernando Guerra, Mike Meija and Esthela Carreón all worked with me at De La Rosa & Co; and I worked with Mike Roos and Eric McKean at Stifel, so we have a group of people with good chemistry and a history of working as a team,” Amezcua said.

Roos, as a state lawmaker, was one of the lead authors of California’s Mello-Roos Community Facilities Act of 1982, authorizing and establishing the rules for community facilities districts.

Carreón started out at De La Rosa as a high school intern hired by Amezcua.

“We had a robust internship program,” Amezcua said. “We tried to hire people of color and women.”

Carreón has been in public finance for 10 years now.

“She will be in the business for the long haul,” Amezcua said. “A lot of kids want to be in tech and leave public finance. Keeping young people in public finance is one of the biggest challenges everyone has. You recruit kids, train them, and then three or four years later they want to do something different. Having someone who wants to do public finance (and is in it for the long haul) is huge.”

“We were talking about how we could work together again,” Amezcua said. “I consider them friends. We are like brothers.”

Guerra said he knew Amezcua even before they worked together at De La Rosa.

“I was always talking to Raul, because Stifel and Ramirez were on deals together,” Guerra said.

Though Amezcua was initially reluctant to manage people again, Guerra pointed out he would be managing a smaller team initially, not 40 bankers like at Stifel.

“I told him we could build a team culture, where it isn’t every banker for himself,” Guerra said. “That appealed to him. Then, we had Ted and Sam [Ramirez] senior and junior work on him, and he came over.”

“The appeal was come to Ramirez and lead the California team,” Amezcua said. “You get to build your own team of people. I did the same thing with De La Rosa & Co. in 2011.”

At Stifel, he had stepped away from leading Stifel’s efforts in California and Arizona, letting others take on that role.

But he liked the idea of growing a smaller, more nimble team in California.

“Bigger corporations need structure, they have so many employees,” Amezcua said. “At a smaller firm, it’s more entrepreneurial, and you have more impact.”

Amezcua says he is not done growing the California team, and will continue to build it opportunistically.

“My goal is to selectively add a few more professionals over the next year or two,” Amezcua said.

“The key is finding people who want to work in a true team environment and with the entrepreneurial spirit/energy to help grow our presence in California,” he said.

“Ramirez was founded 51 years ago in 1971, and opened its California office in 1983,” Amezcua said. “So the firm has the solid foundation needed to build a stable team.”

The California offices are not an island.

Amezcua ticked off people who work in the New York office whose expertise they tap regularly, such as Peter Block, who he said “is an incredible resource in trying to assess a new credit.”

The minority business enterprise has 145 employees nationwide, and has been on a steady growth path, nearly doubling in size from the 80 people it had a decade ago

Amezcua isn’t concerned about adding people in a year during which the markets have been choppy and issuance fell dramatically in California.

The American Society of Civil Engineers regularly estimates that there are trillions of dollars of unfunded infrastructure needs in the country, “so the need for infrastructure is definitely there,” Amezcua said.

“We need more reliable water sources and housing,” he said. “If issuers issued enough debt to meet those needs the $400 billion issued annually would double.”

He added that the volume of bond issuance each year includes a lot of refundings.

“We chip away at it every year, but there is a long way to go,” Amezcua said. “Interest rates go up, or the economy slows, and volume goes down, but it always bounces back, because the need is there.”

The firm ranked 18th nationally among senior underwriters in 2021, according to Refinitiv, credited with $5.1 billion. In California, it ranked 16th, credited with $870.6 million in 12 deals.

Nationally, the firm has been on a growth path, and it plans to continue to grow opportunistically in California and around the country, Sobel said.

“Sam Ramirez is very proud of the firm he has built and wants to keep growing in California and elsewhere,” he said. “The firm is in its 51st year and is one of the few Wall Street firms that has existed that long under the same ownership and leadership.”