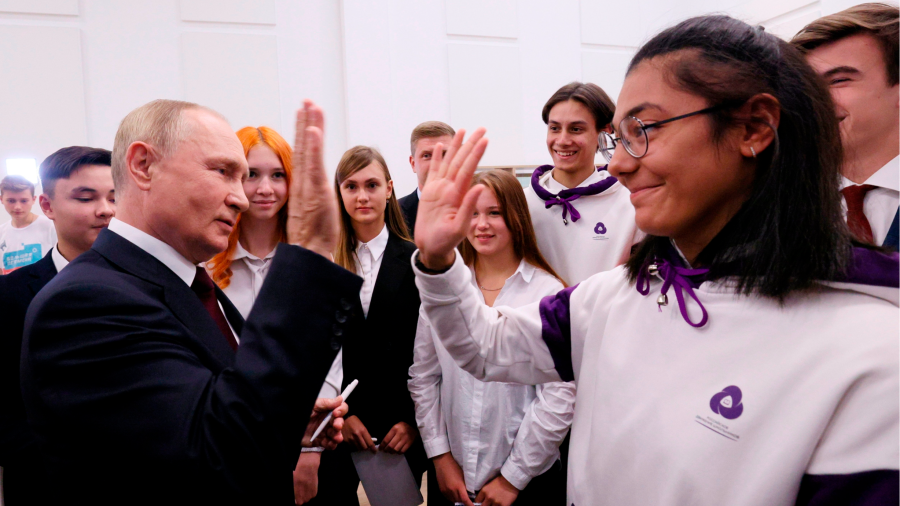 Speaking in the Russian exclave of Kaliningrad on Thursday, Putin said of Ukraine: “Our guys who are fighting there are defending both the residents of Donbas [the industrial area in the east largely occupied by Russia] and defending Russia itself”, according to news agency Interfax.

“They started creating an anti-Russian enclave on the territory of today’s Ukraine that is threatening our country,” Putin said.

At the start of the conflict in February, the Russian president said that the Kremlin’s invasion of Ukraine aimed to liberate the Donbas. But as the conflict has dragged on Russia’s goals have expanded to dismantling the country and annexing large swaths of its Russian-speaking south-east, which Putin referred to on Thursday as Russia’s “historical territories”.

Putin added that Russia was unbowed by western sanctions against it, which have largely cut it off from import supply chains and financial markets.

Moscow said on Thursday it would stop selling oil to countries that sought to impose a price cap on Russian oil and petroleum products, if a proposal floated by the US and other G7 nations is adopted.

“For companies or countries that introduce limitations, we will not supply oil or oil products to them, because we will not work under non-market conditions,” said Alexander Novak, Moscow’s top energy official, according to state newswire Ria Novosti.

Instead, Russia has crowed that it is better placed to withstand the economic turmoil than the European countries, which are grappling with an energy crisis and surging costs.

The EU has been preparing to ban imports of Russian oil and gas from next year. A price cap aims to help Europe buy time to divest from Russian energy by allowing western countries to continue buying its energy without fuelling Moscow’s war machine.

But Novak called the idea a complete “absurdity” that he said would destabilise the whole industry.

In Ukraine, the UN’s atomic safety watchdog said it was able to spend “a few hours” inspecting the Russian-occupied Zaporizhzhia nuclear power plant on Thursday.

A team led by Rafael Grossi, director-general of the International Atomic Energy Agency, left Europe’s largest nuclear power station to return to Ukrainian-controlled territory, leaving five inspectors at the site, according to Energoatom, the Ukrainian operator of the facility.

“We were able in these few hours to gather a lot, a lot of information,” Grossi said in a video released by Russia’s RIA Novosti news agency. “The key things I needed to see, I saw.”

The IAEA mission at the sprawling nuclear site is expected to last several days and the agency has said it wants to set up a permanent team on the ground.