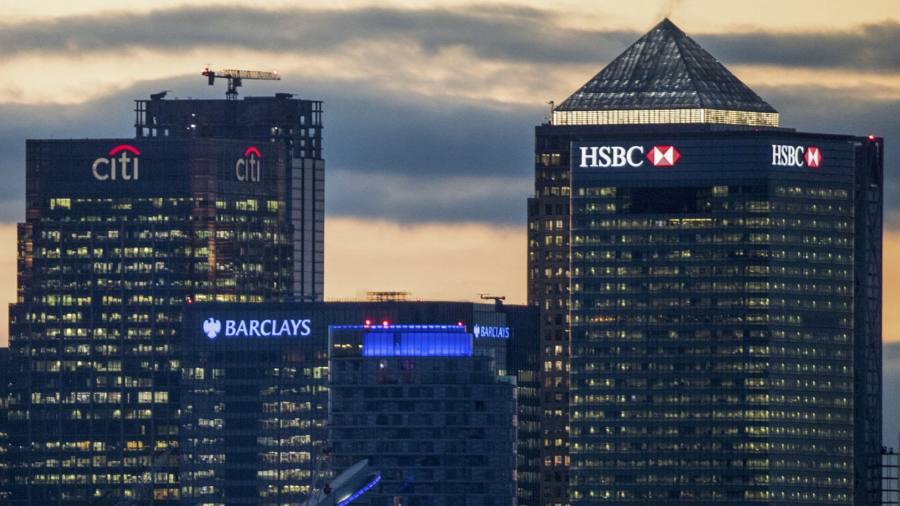 Kwasi Kwarteng, chancellor, is seeking to scrap Britain’s cap on bankers’ bonuses, introduced after the 2008 financial crash, in a controversial move to boost the City of London’s global competitiveness.

Kwarteng argues the move would make London a more attractive destination for top global talent and would be a clear signal of his new “Big Bang 2.0” approach to post-Brexit City regulation, according to colleagues.

Boris Johnson shied away from lifting the bonus cap, fearing a political backlash, but Kwarteng told City executives last week: “We need to be decisive and do things differently.”

Although no final decisions have been taken, people close to the chancellor’s thinking said he wanted to scrap the cap, introduced by EU legislation in 2014, as part of a package of City reforms.

The UK has long opposed the EU bonus cap, which limits year-end payouts to twice a banker’s salary. For example, if a bank wanted to pay someone £3mn in London, it would need to pay that person a salary of at least £1mn.

When the idea was mooted in June, Labour leader Sir Keir Starmer described it as “pay rises for bankers, pay cuts for district nurses”. But senior Tories say Kwarteng is “unashamedly” looking for ways to boost growth.

To alleviate criticism that he was helping rich bankers, the chancellor would set the move in the context of Britain’s recently announced £150bn state intervention to help families and business through the energy crisis.

Kwarteng is delivering a mini-Budget next week and the Treasury said it would not comment on speculation ahead of a fiscal event.

Some in the Treasury believe the chancellor could make a separate announcement on City reforms at a later date. Liz Truss has called the City “the jewel in the crown” of the British economy.

Those briefed on the discussions say Kwarteng is anxious to boost London’s competitiveness against New York, Frankfurt, Hong Kong and Paris, which is offering tax incentives to attract top bankers.

One financial executive said scrapping the cap would be a “clear Brexit dividend. Something you can present as a win.”

The cap has been a particular annoyance for US investment banks that employ tens of thousands of staff in London. Wall Street typically includes large elements of annual performance-related bonuses and lower fixed salaries in its pay packages.

“The tax risks pushing the best people to the US where they can get better paid,” said a financial services executive.

“It also skews the performance elements of pay as it means you have to pay a high basic salary that doesn’t have incentives attached. But it’s going to be publicly difficult to sell during a time of austerity.”

An unintended consequence of the current system is that in more fallow revenue years, it is harder or impossible to reduce an employee’s salary compared with a discretionary bonus, which can be entirely withdrawn.

Goldman Sachs has been one of the most outspoken opponents of the bonus cap. Richard Gnodde, head of the bank’s international operations, has told the Financial Times eliminating the bonus cap would make “London a more attractive place for sure”.

He said that under the current system, “if I move a senior person between New York and London I am driving up the fixed cost of our operations”. He added: “If that rule doesn’t exist, I don’t have to think about that.”

Watchdogs at the Bank of England’s Prudential Regulation Authority have privately dismissed the cap as a “blunt instrument” to control excess and align bankers’ pay with their performance and risks they take.

Other UK rules make top executives liable for a fine, ban or even prison for failings on their watch, and there are clawback provisions that can withhold or recover bonus payments as punishment.

The British version of the bonus cap applies globally to UK-headquartered firms as well as staff of international banks based in the country.

Removing the cap would be a significant boost for Barclays, which runs the last substantial UK-based investment bank and pays 700 people — most in New York — more than €1mn. It would also benefit HSBC, which employs most of its staff in Asia, primarily Hong Kong.

However, European banks’ staff in London and worldwide will still be subject to the cap.

“If it is changed, it isn’t life and death, but it will make it even harder for us to compete in London and with US banks overall,” said a senior London-based executive at an EU firm.

“Banks don’t pay people more because there is no cap, but in a bad year we have less flexibility to cut expenses on the downside . . . it makes things trickier.”

The person added: “It is fascinating . . . It is not a vote winner, I am surprised it is being talked about.”