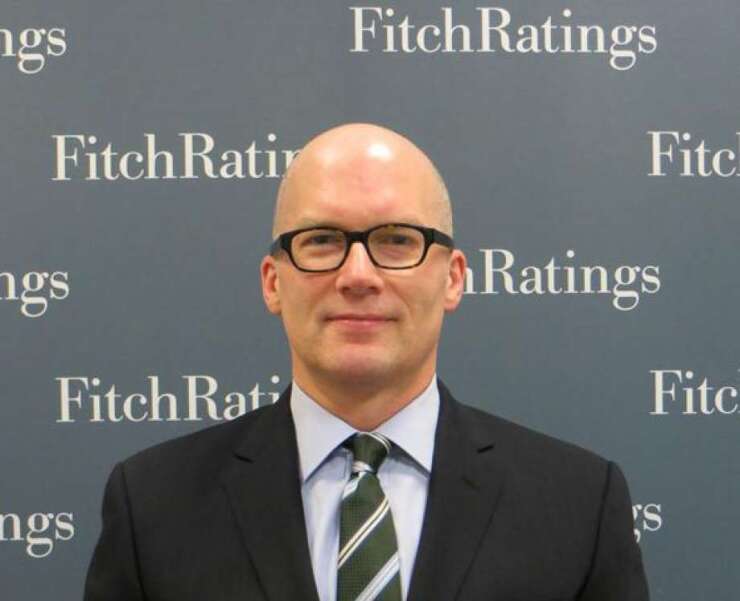 With their revenues beating expectations through stronger-than-expected tax receipts and federal pandemic aid, many states have used the extra funds to pay down unfunded pension liabilities accrued in some cases over decades, according to a Pew Charitable Trusts report on state pension systems.

The combination of increased contributions and surging investment returns “has had a stabilizing effect on state pension plans,” Pew said in the report, published in December 2021, but most recently updated in April, estimating that collectively, U.S. states have achieved an aggregate funding ratio of 80%, up from 71% in 2019, and 66% in 2016.

That rising tide has lifted two of the Northeast’s pension funding laggards, Connecticut and New Jersey.

The slide of many governments into pension underfunding took place over decades and can be attributed to a wide range of factors varying by state, according to Doug Offerman, senior director in Fitch Ratings’ U.S. Public Finance group. Most shared a penchant for chronic underfunding across administrations, as well as widely held, but unrealistic expectations about market returns and volatility.

“Many years ago, there was this assumption that your assets would roar ahead and cover the necessary benefit outlays over time,” Offerman said.

New Jersey and Connecticut were among the worst offenders.

However both mounted turnarounds, taking steps to tackle pension underfunding that have rewarded both New Jersey and Connecticut with rating upgrades by closing the funding ratio gap relative to other states. They will likely face similar challenges to continue the positive momentum.

In New Jersey, the about-face on pension funding was sudden and effective, according to Ted Hampton, senior credit officer for New Jersey at Moody’s Investors Service.

In the post Great-Recession era, the state increased benefits but had to contend with “weaker market performance than had been anticipated,” and, according to Hampton, chronically shortchanged the pension fund by relying on it as “a relief valve for fiscal pressure in other areas.”

“It’s that pattern of weak contributions historically that really helped them dig the hole more so than other states,” said Tom Aaron, senior credit officer at Moody’s who specializes in U.S. public pension systems.

Recently, however, Gov. Phil Murphy twice leveraged billions in post-COVID tax surpluses to pay into the fund, cited as a key reason for by S&P for upgrading the state’s general obligation bond rating for the first time in seventeen years in April, to A-minus from BBB-plus, as well as a more recent revision of the outlook to positive from stable in August.

“The outlook revision follows the second consecutive year the state has budgeted the full annual actuarially determined contribution to its retirement systems,” an update released by S&P said.

According to Hampton it was the first time in decades the state made its full actuarial contribution to the pension fund, but was preceded by other changes.

New Jersey still currently has $100.6 billion in unfunded pension liabilities at one of the worst funding rates in the nation.

Other moves to address the more systemic issues included the state wielding its power to cut cost of living adjustments and new worker benefits in line with future cost expectations, in addition to a 2016 mandate requiring quarterly contributions to the fund.

“Not every state has the legal authority to do that,” he added.

Connecticut is one of those states.

Though administration after the administration had “gotten used to under-contributing,” for years, the state began to squarely reckon with its runaway pension debt around 2008, when a consensus took root “across multiple administrations, several governors, several treasurers that the pensions needed to benefit from more state resources and adjustments to their assumptions” in the wake of the economic downturn, Offerman said.

Along with consistently fully funding annual contributions in the years that followed, the state also contributed $6 billion above that to pay down the debt over the last three years.

Importantly, the state instituted some more fundamental reforms in the past that are bearing fruit today, said Bryan Quevedo, director of U.S. state ratings for Fitch.

Lacking the New Jersey state government’s unilateral authority, Connecticut pursued legislative changes as far back as 2011, when it passed a package of reforms that curbed increases in new worker benefits and helped bring down cost expectations for the years ahead.

In 2016, the state better aligned the pension portfolio’s expected performance with market realities, introducing a plan to adjust the yield assumption downward by 1.1%, to 6.9% from 8%.

With post-COVID boom in investment returns accounting for up to 60% of the benefits being paid out pay out across the nation and expected to decrease at 6% annually, according to Pew, that adjustment will likely help insulate against leaner economic times, marking “a very significant change” that has likely saved the state between $300 and $500 million since its institution, said Quevedo.

While both states approached the fiscal instability in their public pension programs with different means, they are likely to face similar issues going forward that might require parallel approaches to future-proof the programs, according to Offerman.

The increased burden of an aging population may necessitate adjustments to the relatively generous levels of benefits that retirees in both states enjoy. As well, officials will need to plan for inevitable bouts of market volatility and return decreases, which could be best served by shift of mindset that favors “a conservative approach to contributions and assumptions” where state officials are concerned.

Nationally, the Great Recession forced state officials to take note of the unsustainability of pension funding schemes, triggering a wider shift in how funding retiree systems would be approached.

“Getting that message across to the decision makers for pensions has taken a long time,” Offerman said. “But many took action…to shift benefit policies, or to make other changes that gradually shifted the direction of where pensions are going.”

“This represents the highest funded ratio since before the Great Recession and the greatest progress in closing the state pension plan funding gap – the difference between plan liabilities and assets – this century.”

While that is a net positive for the nation, the report highlights the “historical contribution volatility” and warns “not all state pension funds are approaching long-term fiscal sustainability, defined as government revenues matching expenditures without a corresponding increase in public debt.”