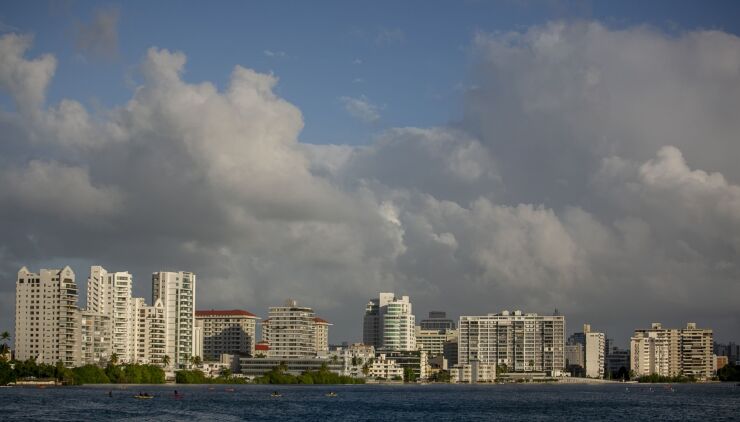 Puerto Rico’s Fiscal Agency and Financial Advisory Authority, which oversees debt for the administration of Gov. Pedro Pierluisi, on Friday told The Bond Buyer it would seek to restructure the MFA bonds and other non-bonded debt.

“We are reviewing the governor’s proposal and will respond in detail when we completed our analysis,” the board said when asked if it would support the restructuring of the debt.

The FAFAA said the outstanding bond principal was $171 million on Friday, but on Thursday had said it was $192 million. Past government outlines of the debt showed $242 million outstanding. When asked to clarify this, FAFAA did not immediately respond. According to the authority, Series 2002A and Series 2005A bonds are outstanding.

Debt service on the bonds continues to be paid in full and on time.

Puerto Rico city governments’ taxes on real estate and personal property support the bonds. For example, the Series 2005A bonds are supported by taxes on residents of the major Puerto Rico cities of San Juan, Bayamón, Carolina, and Guaynabo.

On Monday, Pierluisi’s press office put out a statement outlining desired steps to improve the finances of Puerto Rico’s municipal governments. One of these suggested that the experience FAFAA gained in the just completed central government bond restructuring could be used to benefit the cities financially.

“Restructuring could just mean a market-based refinancing and no default,” said Municipal Market Analytics Partner Matt Fabian. “Still, the MFAs are one of the few Puerto Rico bond deals the board did not default on, which was surprising. A hypothetical MFA default would raise the question of whether there are other securities (like housing or tobacco) that have previously not been impaired that are headed for default as well.”

Assured Guaranty said Friday that it insured $136 million of the bonds. MBIA and Ambac both said they had no exposure. The other bond insurers could not be immediately reached for comment.

The MFA bonds are general obligations of the individual municipal issuers.