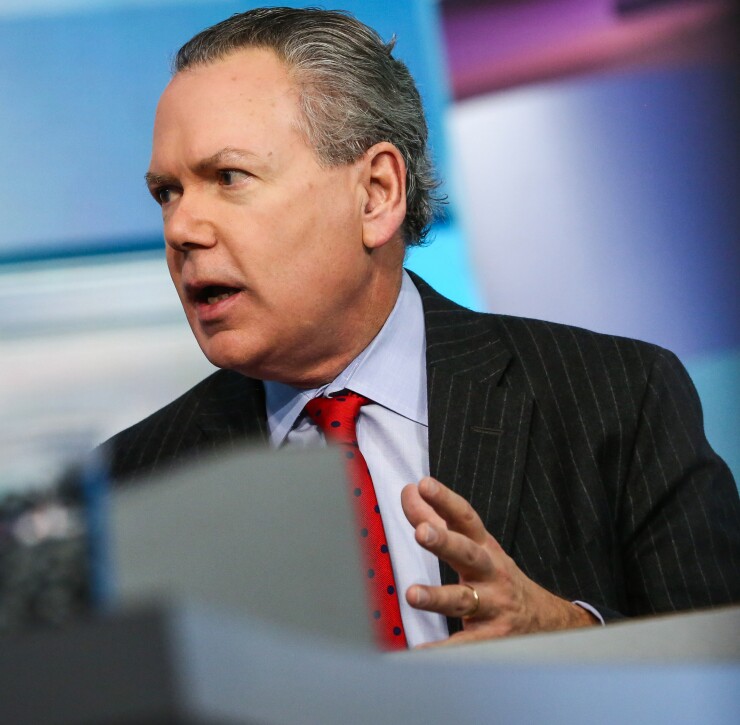 A look at lobbying action prior to election day shows some familiar sources making big contributions with the Securities Industry and Financial Markets Association showing $3.58 million dispensed through 49 lobbyists, according to nonprofit transparency group Open Secrets.

The totals for the entire financial sector through the second quarter of the year, are over $66 million coming from 250 clients and then distributed by 817 lobbyists of which about 64% are former government employees also known as “revolvers.”  SIFMA’s lobbying staff shows a similar revolver rate of about 65%.

SIFMA’s chief areas of focus on the spend side is targeted at tax, finance, and banking issues. “Many of the legislative issues we advocate for will reduce the cost of funding for state and local bond issuers and can result in additional bonding capacity to fund critical infrastructure, benefiting taxpayers and the local economy,” said Kenneth E. Bentsen, Jr., SIFMA president and CEO.

To assist the efforts, SIFMA hired counselors and lobbyists from outside firms including Capitol Tax Partners, Crossroads Strategies, and Ernst & Young.

Managed Funds Association, which specializes in leading the lobbying charge for hedge funds, is next in the finance sector on the Open Secrets list with $2.75 million spent. Invesco Ltd., a firm that manages over $67 billion in muni assets is third with just over $2 million in play.

Invesco jumped into the big leagues in 2018 by dumping over $2.4 million into the lobby pool. By 2021 they were $4 million players. It’s a relatively small shop with 15 lobbyists but 13 of them are revolvers. Agencies lobbied include the Securities and Exchange Commission and the Treasury.

Investment Company Institute sits in the next position on the list of big spenders in the securities category with $1.96 million listed in expenditures for the year so far with 48 lobbyists on the payroll for 2022. Finance is the main point of emphasis, and its client list includes the American Bankers Association.

The ABA has spent close to $4 million in lobbying on banking issues with tax issues coming in second. On the PAC side, ABA has raised $2.9 million and spent $2.1 million of it, so far. Over $390,000 has gone to Democrats with $949,000 going to Republican causes. The Financial Industry Regulatory Authority continues its downslide of spending to $190,000 for this year after hitting a peak of over a million in 2000 and 2011.

Bond Dealers of America have kicked in $5,000 to Rep. Richard Neal’s (D-Mass.) campaign which doesn’t place BDA in the top 20 of contributors. Neal currently serves as the powerful chairman of the House Ways and Means Committee and is a known friend of the muni market.

Overall BDA is sitting out the lobbying game this cycle showing a zero spend with three lobbyists. By comparison they were in for over $400,000 in 2014, the group’s biggest year. BDA among others, may be holding fire to see how things shake out in November.

“The near continuous election cycle shortens the windows at which lawmakers are in D.C., but that does not change how we operate,” said Brett Bolton, VP, federal legislative, regulatory policy BDA. “Clearly following a very heavy legislative session this summer, expectations for additional action this fall are low, but preparations continue for the post-election session as we speak.”

Also according to Open Secrets, the crypto market made its presence felt in the securities sector as Coinbase chipped in $1,760,000 into the lobbying pot with Blockchain Association adding another $930,000. Crypto.com upped the ante with $560,000.

The top five contributors to the Security & Investments category includes Soros Fund Management leading the pack with over $129 million, all donated to liberal causes. FTX.US was second showing the strong financial push for all things crypto. The company contributed over $60 million with the biggest chunk going to the liberal side. Theil Capital spent over $30 million on the conservative side, along with Susquehanna International Group who also put in nearly $30 million, also favoring conservative causes.