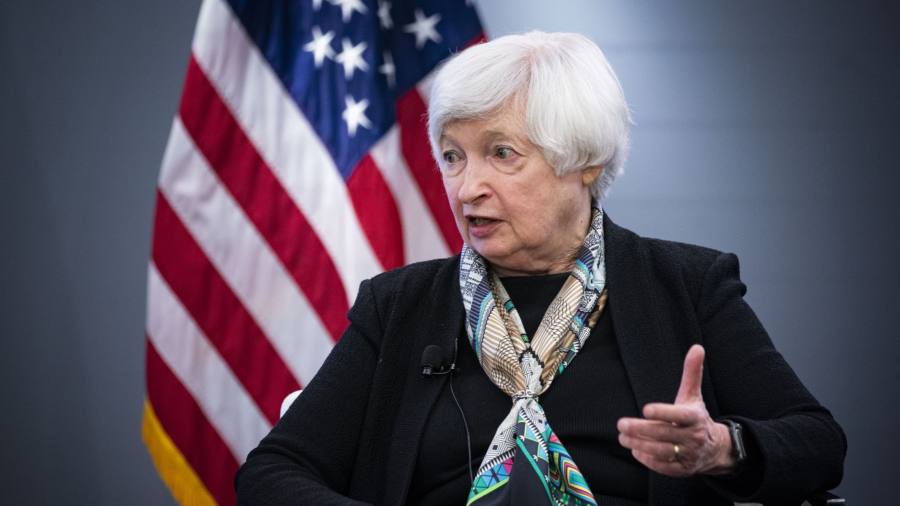 The Biden administration has been loudly critical of the decision by the oil cartel backed by Saudi Arabia and Russia this week, which took the step in defiance of US pressure to keep global oil prices down.

“I think Opec’s decision is unhelpful and unwise — it’s uncertain what impact it will end up having, but certainly, it’s something that, to me, did not seem appropriate, under the circumstances we face,” said Yellen in a phone interview with the Financial Times. “We’re very worried about developing countries and the problems they face.”

Yellen was speaking ahead of the IMF and World Bank’s annual meetings in Washington next week, which will be dominated by discussions of high inflation and commodity prices, the impact of the sharp tightening of monetary policy by many central banks, and the economic and financial impact of the war in Ukraine.

“I think we’re going to exchange views on whether our countries are addressing these problems, and try to consider whether our collective reaction adds up to something that is sensible, and the best we can do, in that difficult environment,” she said.

The US is hoping to use the meetings to push European countries to deliver economic aid to Ukraine much more rapidly, amid growing frustration in Washington that some of its allies are behind in terms of fulfilling their vows to help Kyiv financially.

“A number of countries have pledged significant economic assistance, but simply haven’t quite gotten around to dispersing it. The pace of transferring money to Ukraine is far too slow. There are commitments but the money needs to be deployed,” Yellen said, noting that the US had delivered $8.5bn in grants for Ukraine and another $4.5bn were just approved by Congress.

“We need to see other countries meet the pledges that they’ve made. And it’s critical to get this funding to Ukraine as rapidly as possible,” she added.

Speaking on Tuesday, Valdis Dombrovskis, European Commission executive vice-president, said the EU was seeking to speed up its disbursements of funding to Ukraine and would “work intensively” with member states to unlock the final €3bn of a €9bn package that leaders committed to earlier this year.

However, he said it was also important to have a “more structured and predictable financing flow” for Ukraine next year and that the EU would integrate this into its work on preparing its 2023 budget.

The US and G7 allies are entering the final stretch of talks to set a price cap on Russian oil exports, in order to deprive Moscow of vital energy revenues to finance the war, but also keep some oil flowing from the country in a way that does not lead to a jump in prices around the world.

“Holding down prices is something that’s particularly helpful to developing countries that are suffering from high energy prices,” Yellen said.

But the Treasury secretary would not be drawn on what countermeasures the US might deploy in response to the Opec move, after White House officials said they would launch consultations with Congress about possible reactions.

“The president has been focused for a lot of time on exploring all available options to try to bring [oil prices] down,” she added.

Yellen is likely to face some concern from counterparts around the world about the value of the dollar, which has appreciated strongly against many other currencies in recent months as the Federal Reserve has aggressively increased interest rates. But she said the rise in the dollar was driven by economic reality.

“We have seen a significant appreciation in the dollar, but I think it’s mainly driven by differences in macro fundamentals, across countries. In the case of the US, it’s safe haven flows responding to geopolitical tensions and of course different paces of monetary tightening,” she said.

Yellen also dismissed worries about some of the market turmoil and volatility in recent weeks.

“We’re monitoring currency movements and their impacts very closely. And we continue to think that markets are functioning pretty well and are generally appropriate given the underlying differences across countries and policies and economic situations”,” she said.

Yellen declined to comment on Britain’s sweeping tax cuts, which caused tremors in financial markets before the Bank of England was forced to make an emergency intervention and the prime minister Liz Truss rolled back some of the plan.