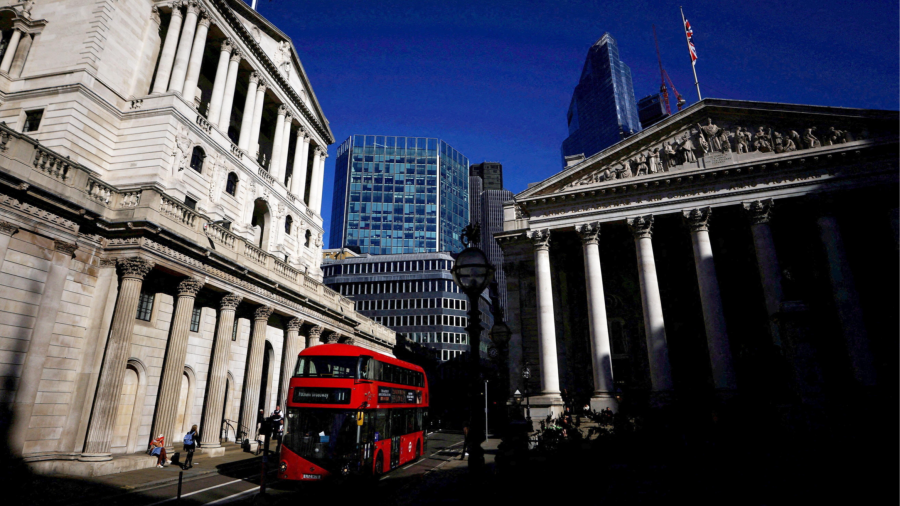 The Bank of England battled a renewed sell-off in UK government bonds on Wednesday after its vow to end its emergency gilt-buying programme unsettled markets already unnerved by the fiscal plans of prime minister Liz Truss.

The central bank bought £4.4bn of gilts from investors, its biggest intervention since it entered the market last month to prevent “fire sales” by UK pension funds in the wake of government plans for unfunded tax cuts.

The sell-off had intensified earlier in the day after the BoE insisted the programme would end on Friday, in line with overnight comments by Andrew Bailey, governor, that pensions funds had “three days left” to shore up their positions.

The government’s 30-year borrowing costs leapt to as high as 5.1 per cent, before receding to 4.8 per cent in the wake of the BoE purchases. They ended last week at 4.39 per cent. In a sign of heightened volatility, the London Stock Exchange said from Thursday it would let market makers quote a wider-than-usual spread in prices on gilts until further notice. Such a move is very rare and normally only lasts a day.

The central bank added on Wednesday that it had “made absolutely clear in contact with the banks at senior levels” that it would end its scheme this week. The Financial Times reported earlier in the day that BoE officials had briefed lenders in private that it was prepared to extend the programme beyond Friday’s deadline if market volatility flared up again.

The BoE has now bought nearly £8bn of bonds since it expanded its operation to include inflation-linked debt on Tuesday, more than in the first nine days of the operation combined. The central bank purchased nearly all the debt on offer in Tuesday’s auction, even as investors sought to sell the largest amount of gilts to date.

One gilt trader at a big investment bank said the ramping up of purchases reflected a growing awareness in the pension industry that their opportunity to offload bonds to the BoE is scheduled to run out on Friday.

“The market was pretty complacent that this [bond buying] would be extended,” the trader said. “I think the clear messaging from Bailey has supported some of the [pension investors] in waking up.”

But investors have still signalled underlying concerns about the health of UK public finances, with the government under increasing pressure to show how it will get back to a sustainable fiscal trajectory.

Truss said in parliament on Wednesday that the government would not reduce expenditure — leaving open the question of how it plans to finance its intended £43bn in tax cuts.

“What we will make sure is that over the medium term the debt is falling,” Truss said. “But we will do that not by cutting public spending but by making sure we spend public money well.”

“All this uncertainty and U-turns are bad from a market perspective,” said Richard McGuire, a fixed-income strategist at Rabobank. “The BoE is desperately attempting to obscure the symptoms of the problem because it can’t address the root cause: a credibility problem after the government’s “mini” Budget.”

He added that the lack of clarity over the BoE’s intentions had compounded the information vacuum over how the government planned to get borrowing on a sustainable footing.

On Wednesday Huw Pill, the BoE’s chief economist, said the bank should remain focused on its principal goal of fighting inflation, doubling down on Bailey’s comments.

He signalled that the BoE was likely to decide on a big increase in interest rates next month in response to the government’s fiscal plans.

Chancellor Kwasi Kwarteng’s tax cut package sent sterling and the gilt market into a tailspin, triggering a liquidity crisis among pension funds. The BoE’s bond-buying scheme, announced on September 28, initially soothed markets, but then volatility began picking up once again.

The central bank staged two further emergency interventions earlier this week, increasing the maximum size of its purchases and widening them to include inflation-linked bonds.

Speaking to the BBC, Jacob Rees-Mogg, the UK’s business secretary, suggested the blame for the market turmoil lay with the BoE rather than the government.

“What has caused the effect in pension funds, because of some quite high-risk but low-probability investment strategies, is not necessarily the mini Budget,” the minister said. “It could just as easily be the fact that the day before the Bank of England did not raise interest rates as much as the Federal Reserve did.”

The Bank of England increased rates by 0.5 percentage points to 2.25 per cent on September 22, a day after the Fed put in place a third consecutive 0.75 per cent rise in the US.

Ethereum derivatives look bearish, but traders believe the ETH bottom is in
The Best Baby Furniture And Decor As Seen At Prego Expo LA
Stocks making the biggest moves premarket: Activision Blizzard, Tesla, Manchester United and others
Ether tests $1,200 but bears better positioned for $1.13B options expiry on Nov. 25
These are shaping up to be the best and worst luxury real estate markets for 2023