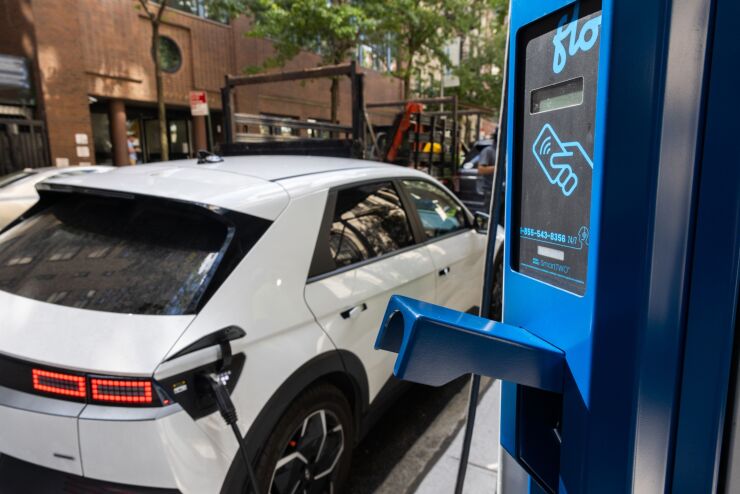 The Washington and Oregon governors and the premier of Canada’s British Columbia province have signed a pact joining with California Gov. Gavin Newsom in setting environmental mandates that encourage electric vehicle use, and pledging dollars to investing in EV infrastructure.

The agreement includes commitments to create policies, investments and interstate projects that will end each jurisdiction’s dependence on fossil fuels and create new green energy jobs in the coming decades.

“In California, we punch above our weight when it comes to climate action – but our actions can only do so much without the rest of the world at our side,” Newsom said.

The U.S. West Coast governors, all Democrats, are doubling down on furthering environmental goals, as Republican governors have pushed back against the Biden administration’s efforts to protect the environment. Utah and Idaho treasurers joined other red states, earlier this year, in protesting rating agencies multi-year efforts to incorporate ESG in their rating methodology.

A frequent topic during both Newsom’s re-election campaign and in his remarks during Climate Week was California’s plan to ban all sales of new gas-powered vehicles in the state in 2035. It won’t prevent residents from buying used gas-powered vehicles or from continuing to operate existing ones.

The four signatories are part of the Pacific Coast Collaborative, along with the cities of Vancouver, B.C., Seattle, Portland, San Francisco, Oakland and Los Angeles. The pact expands existing agreements to transition to 100% clean electricity and a low carbon economy.

The leaders also committed to working collaboratively on wildfire and drought mitigation and to invest in stemming the impacts of climate change.

“Together, we are showing that it is possible to address climate change and create good-paying jobs at the same time, as we move towards a stronger, cleaner, equitable future,” Brown said.

They also vowed to build a network of hydrogen-refueling stations; introduce collective emissions-reduction targets for medium and heavy-duty vehicles such as large vans, buses and semi-trucks; and to explore the potential for a zero-emissions corridor for such vehicles along Interstate 5 from southern California to British Columbia within the next 10 years.

Oregon has the earliest target date for getting emissions at least 80% below 1990s levels by 2040. California, British Columbia and Washington have targeted 2050.

According to the document, there is no legally binding obligation to enforce the commitments or to fund the work.

The states and British Columbia first joined to tackle climate change about a decade ago. The Pacific Coast Collaborative was formed in 2013. In that agreement, they agreed to track and tax carbon emissions, address Pacific Ocean pollutants, improve forest health and integrate the states’ and British Columbia’s electrical grids with the aim of transitioning to emissions-free energy.

The major West Coast cities joined efforts through an agreement struck in 2016.

“This new agreement reaffirms our commitments to decarbonize our economies at a time when the consequences of victory or defeat in this effort have never been more acute,” said Inslee, who pushed for Washington’s 2020 law mandating a 95% reduction in emissions by 2050.