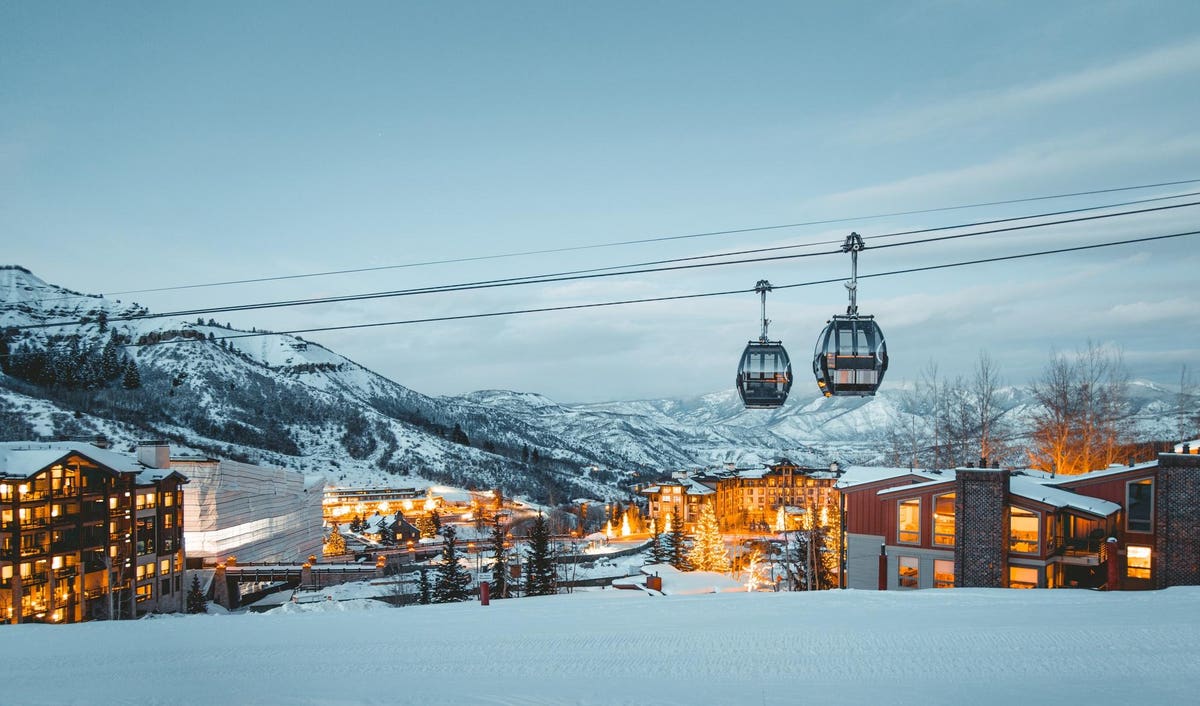 Fifty-five years ago in the early winter of 1967, the grand opening of Snowmass, then known as Snowmass-at-Aspen, invited the world to the rugged mountainside of central Colorado to enjoy 50 miles of pristine ski trails serviced by five ski lifts. At that time, a lift ticket cost $6.50.

Since then, much has changed for the small ski community, which now houses over 3,000 acres of skiable terrain, including 21 chairlifts and 91 different runs ranging from cruisers, glades and steeps to half-pipes and terrain parks.

Growth was not just limited to the region’s recreation—the incorporation of the Town of Snowmass Village in 1977 saw a sharp rise in residential and commercial development, a trend that is still present today.

Although perhaps not as well-known as Vail or neighboring Aspen, Snowmass Village houses the largest collection of ski-in/ski-out residences in all of Colorado. With a number of new luxury developments on the way, Snowmass Village quickly is becoming one of the most sought-after ski communities in the world for both part-time and full-time residents.

Although a number of outliers exist, a majority of luxury residences on the market in Snowmass Village follow modern mountain architecture, whether that be alpine, cabin or chalet. These stylings often pair the rustic comfort of natural materials with more minimalistic and sleek designs.

Sustainability plays an essential role in the design and construction of many of the newer developments in the area. Structures like the upcoming Aura Snowmass and the sold-out Electric Pass Lodge will both be 100% powered by renewable energy including wind and solar.

An emphasis on amenities is also widely present, most notably in many of the newer residences located in Snowmass Base Village, where the facility and hospitality amenities are reminiscent of a resort stay. Luxury residential buildings like Aura Snowmass or those with a hotel affiliation—both branded or physically—like the residences found at Cirque Residences X Viceroy, can include access to housekeeping, shuttle and concierge services as well as on-site restaurants, spas and fitness centers.

Even with all of the forthcoming developments, inventory remains low and, as such, prices remain high.

The most recent real estate market report by Land Title Guarantee Company shows that the average sales price of $6.75 million for a single-family home in Snowmass Village for the first seven months of 2022 was 15% higher than the $5.87 million average from January through July last year.

According to Slifer Smith & Frampton Real Estate, the 2022 average sale price for single-family residences (through September) was roughly $7.4 million. The average sale price for condominiums and townhomes during that period, based on 88 transactions, was about $2 million. While this number greatly exceeds state and national averages, it’s about 60% less than the 2022 average price in nearby Aspen—$18.39 million.

Although prices may be on the rise, broker Rod Woelfle of Slifer Smith & Frampton says that appetite has not dwindled, particularly for new construction projects which continue to sell out and, in many instances, even before they’re completed. “Our most recent development projects have been extremely successful, selling out and on an expeditious timeline. Inventory is lagging behind and these new constructions are not only what was largely driving this successful market we’re currently in but also they’re what will provide the quality inventory needed to continue to drive our market forward.”

Like all great ski resort towns, Snowmass Village has more to offer than just its world-class recreation. Options for dining and nightlife are plentiful, ranging from grab-and-go pizza to bar lodges to gourmet cuisine.

With markets, a post office and a medical center, the town is relatively self-contained. For those services not found in town, residents need only drive roughly 10 minutes away to downtown Aspen where they can also find additional restaurants and shopping.

Family accommodations have been present in Snowmass since its inception. Parents have no trouble keeping their families busy with a number of kid-friendly activities and facilities, including the Treehouse Kids’ Adventure Center and the Snowmass Recreation Center.

Thanks to an array of communal events as well as a shared affinity for an outdoor lifestyle, Woelfle says that a strong sense of fellowship has emerged among residents. “It’s a tight-knit community between all types of owners which has become even more important to residents in the last couple of years, and you don’t see that in every resort town.”