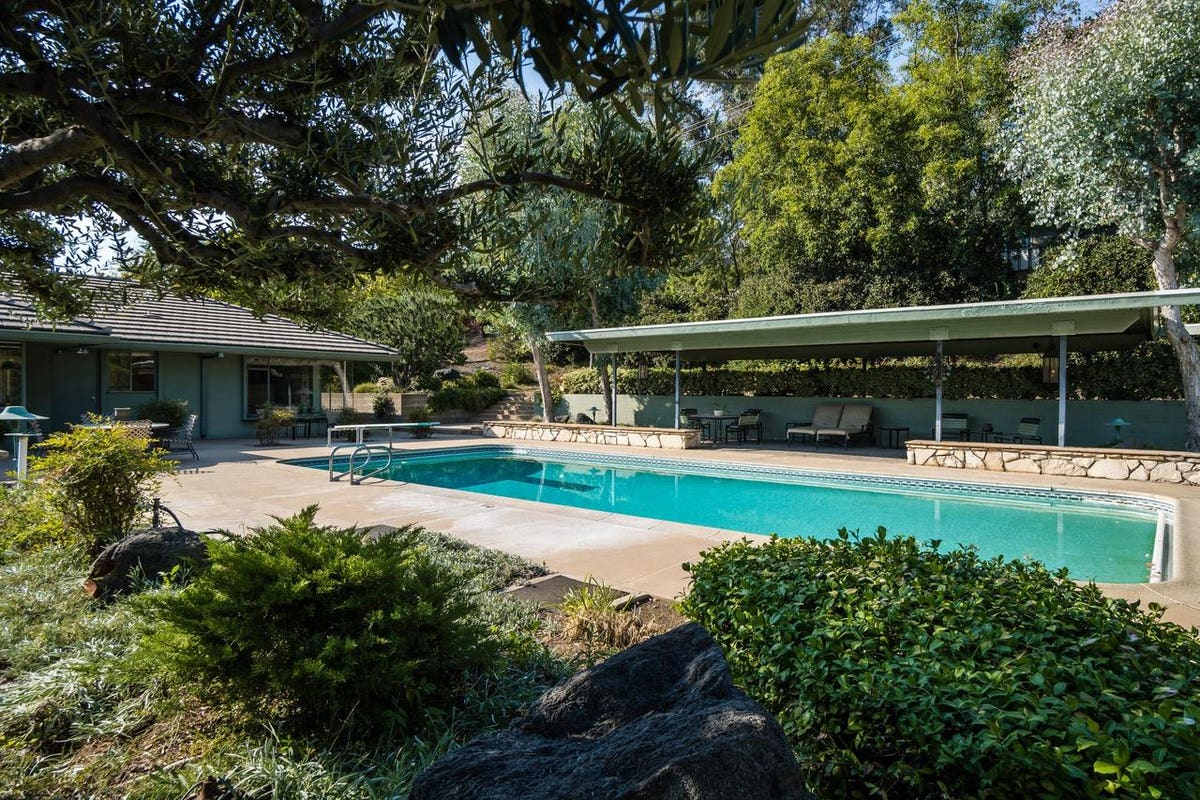 For the first time since it was built, the home of a famed audiophile inventor is for sale. Nestled in the Altadena foothills north of Pasadena, the five-bedroom, five-bath house encompasses 4,162 square feet and is set on one acre of land.

Donald James Leslie, who passed away in September of 2004 at age 93, created and manufactured the Leslie Speaker. His invention refined and improved the sound of the Hammond Organ, and helped popularize electronic music.

Don Leslie was impressed with the sound of a Hammond organ in a concert hall, but less enthused with the instrument in a confined space. There, the sound had no resonance, and the pure electronic oscillators sounded “dull, shrill, and still” to Leslie’s ear. To remedy this problem, in 1937 he invented a speaker which rotates inside its cabinet, producing a Doppler effect, which modulates the sound. To some extent, this imitates the resonance of the organ in a large auditorium by projecting it 360 degrees. This device was eventually one of over 50 patents he owned.

The interior of the mid-century modern house he constructed in 1958 offers spacious living and family rooms, a built-in bar, dining room, a gourmet kitchen with island and a home office/bedroom perfect for working from home.

In addition to the main house, there is a studio and workshop totaling an additional 760 square feet, which could also function as an accessory dwelling unit. Additional outbuildings include a 3-car garage, swimming pool, dressing rooms and, for sports lovers, a north/south tennis court. Other highlights include a 400 amp service, a custom engineered sprinkler system, an intercom system, and, as befits an electronic music inventor, a fully functional pipe organ system with a literal wall of sound.

An additional feature is next door: a vacant lot situated beside this one is also for sale, offering a great opportunity to expand the current home or build a second or third home with ADU’s.

The verdant location is close to many hiking trailheads and parks, and minutes away from the Altadena Town & Country Club, shopping, dining, and entertainment.

Listed by Michael Bell of Sotheby’s International Realty – Pasadena Brokerage, the house is for sale for $3 million.