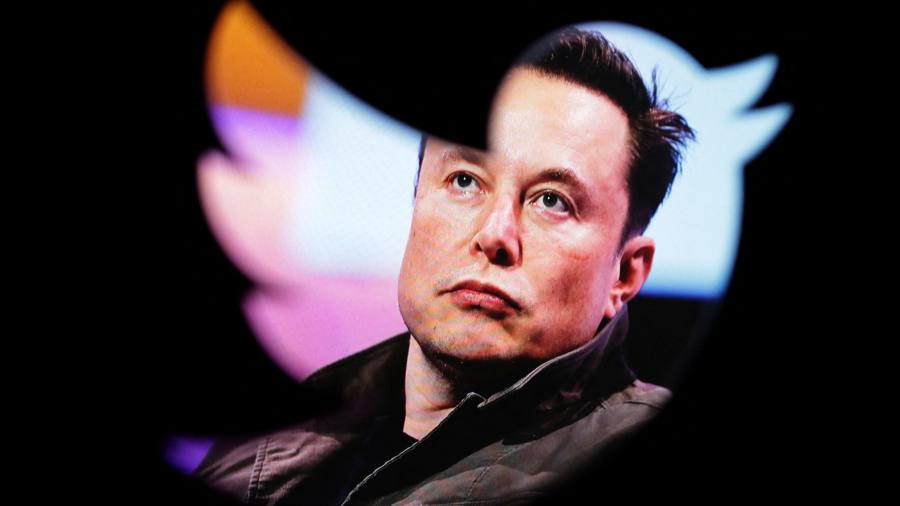 Elon Musk has joined the elite club of social media barons after clinching a $44bn takeover of Twitter in the same week that investors wiped hundreds of billions of dollars from Big Tech valuations.

Musk’s drawn-out acquisition of Twitter, which he launched in April but attempted to abort in July, has closed just as a decade-long boom in the digital advertising that fuels social media grinds to a halt, bringing share prices crashing down across Silicon Valley.

As global financial markets nosedived this year, banks have been forced to stump up $12.5bn themselves to help finance Musk’s acquisition, part of more than $35bn worth of debt from a string of mega-takeovers that investors refused to finance, according to interviews and FT calculations.

Lenders including Morgan Stanley, Bank of America and Barclays face losses on the Twitter financing package that could top $1bn, even before Big Tech valuations were hammered this week. “I don’t know what the path is to get rid of some of [this debt],” said one senior debt banker in New York.

When banks agreed to fund a portion of Musk’s bid to acquire Twitter, it looked like a lucrative deal that would entail them participating in one of the largest leveraged buyouts in history. Many banks raced to offer financing, as they attempted to solidify their relationship with one of the world’s wealthiest individuals.

But since Musk’s Twitter negotiations began six months ago, Wall Street’s debt machine has gummed up and bankers said lenders would need to offer hefty discounts to move the riskiest debt tied to the deal.

Soaring inflation and the cost of living crisis caught up with Silicon Valley this week, as Big Tech reported a sudden slowdown in its key profit engines. Nearly $1tn was slashed from the market value of Amazon, Alphabet, Meta and Microsoft at the lowest point of the week, with only Apple bucking the downward trend.

Investors penalised the parent companies of Facebook and Google for what many saw as profligate spending on staffing and long-term research, such as Mark Zuckerberg’s “metaverse” initiatives.

“The big story here is the inability of Big Tech companies to manage their costs,” said David Older, head of equities at €33.2bn asset manager Carmignac, who owns positions in Amazon, Microsoft and Google. “These mega-cap tech companies have been talking about getting their costs in line and talking about a slowing macro backdrop but they just failed to act on it.”

Musk has promised to cut jobs and costs at Twitter, while boosting product innovation.

In Las Vegas, some of the world’s leading tech investors gathered at the Goldman Sachs private internet companies conference at the lush Encore at Wynn resort.

One attendee told FT that the mood at the gathering, which featured top dealmakers from Yuri Milner’s DST and growth equity investor General Atlantic, was funereal.

“People are realising that some of the companies they have invested in will not come back anytime soon,” one attendee said.

Centrica chief warns of more energy supplier failures this winter
German property market will slow — but no significant correction ahead, central bank says
Bahamian Attorney General Insists FTX Is the Subject of an ‘Active and Ongoing Investigation’
Twitter’s $5bn-a-year business hit as Elon Musk clashes with advertisers
Mortgage Demand Down Up To 88% From This Time Last Year