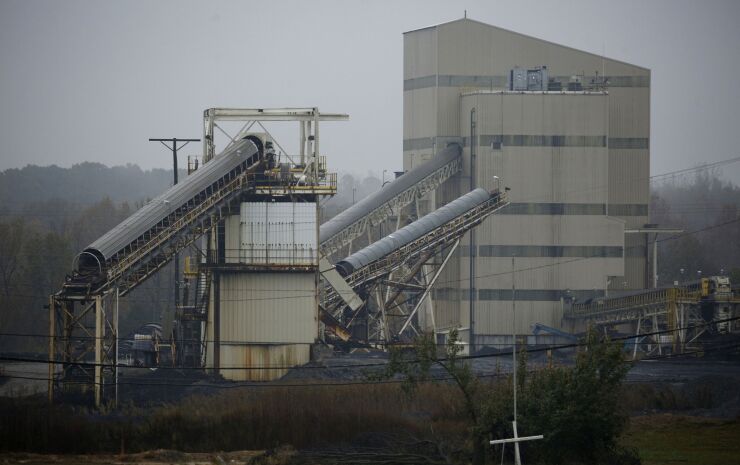 Kentucky will benefit from $74 million in federal funds from the Infrastructure Investment and Jobs Actto tackle the problems created by abandoned coal mines.

The announcement came from Secretary of the Interior Deb Haaland at a press conference in the state’s capital earlier this month.

“We have a once-in-a-generation investment to address these sites with an eye toward marginalized communities,” she said, adding “the reclamation landscape of tomorrow presents endless opportunities for innovation, efficiency, and partnership.”

Each new mine closure leaves local officials with a risk to public health and the local environment presented by toxic byproducts left behind from decades-long operations. The state has thus far tried to mitigate the threats with locally funded redevelopment projects; the incoming federal funds will be directed towards those programs, according to officials.

Kentucky’s mining industry was long a key driver of its local economy and the state currently ranks as the seventh-largest producer of coal in the U.S.

Coal, however, is increasingly uncompetitive on cost; “coal-fired electricity generating plants that were consumers of Kentucky coal retired or converted to natural gas,” according to a report on the state’s industry from the U.S. Energy Information Administration.

The growing number of derelict mining facilities dotting the state presents local officials with a unique problem they have been working to address for years through the Division of Abandoned Mine Lands.

The division has administered several programs to develop and finance projects with local officials that address contamination to surrounding soil and water supplies from toxic runoff as well as continued degradation of air quality in surrounding areas.

According to the agency, the incoming federal funds will aid in those existing projects and help ensure ” established standards of operation are addressed and that the public and the environment are protected.”

Once a national leader in production, Kentucky has seen a sustained dip in demand for coal and which has hollowed out the state’s mining industry.

By 2016, Kentucky’s year-end total production had dipped to a level last seen 1922, a trend that only continued, according to the USEIA report.

The nation as a whole has followed similar path, with a precipitous dip in coal production across the board that, by 2020, brought U.S. coal production to its lowest level since 1965, according to the USAIE.

The federal government has made available similar funds to 22 other states grappling with how to address the decaying relics of their economic past.