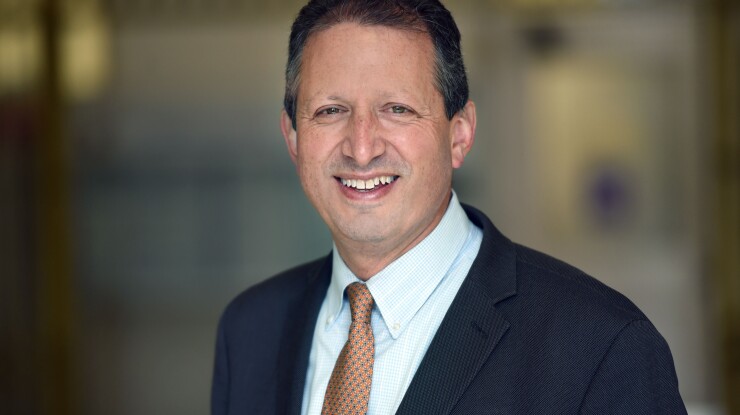 Rising interest rates in the second half of fiscal 2022 cut into New York City’s expected debt service savings, according to an annual report on the city’s finances issued Friday by Comptroller Brad Lander.

“This year’s Annual Comprehensive Financial Report comes at a time of economic change and disruption in the global economy and details the impact of some of those shifts on our local economy and city finances,” Lander said in a statement.

The comptroller’s Bureau of Public Finance and the mayor’s Office of Management and Budget work together to issue bonds to fund the city’s capital program and to refund outstanding bonds for savings.

According to the report, the municipal market was a tale of two halves in fiscal 2022.

The first half of the fiscal year, starting in July 2021, was marked by a stable low-rate environment and then experienced a change in the second half as rates began to rise and uncertainty grew.

“Beginning in January, fixed-income and equity markets began to experience volatility as the Federal Reserve signaled that they would begin to tighten monetary policy to alleviate inflationary pressure,” the report said.

In fiscal 2022, the city and its Transitional Finance Authority issued five new money bonds to raise funds for capital needs. The rise in interest rates, compared to fiscal 2021, resulted in total debt service increasing an estimated $525 million over the life of the bonds, which averaged 18 to 20 years, the report said.

And rates don’t look likely to return to low levels anytime soon. The Federal Reserve meets next week to decide on the future course of monetary policy, with most experts predicting another 75 basis point rise in the federal funds rate, bringing the fed funds rate target to a range of 3.75% to 4%.

The general fund had revenues of $107.23 billion and expenditures of $105.92 billion in fiscal 2022, leaving a surplus of $1.30 billion. Fiscal 2022 revenues were $7.64 billion higher than fiscal 2021 and expenses were $5.92 higher than the prior fiscal year. Excluding the transfers to eliminate future fiscal year projected gaps, expenditures and other financing uses rose 8.4%, or $8.20 billion, in fiscal 2022, the report showed.

Lander noted the role the federal government played in helping the city manage its finances during the pandemic.

“Despite many challenges, federal stimulus helped us navigate through the pandemic, and … the city wisely made the largest yet deposit into the city’s rainy day funds, to help us navigate choppy waters ahead,” Lander said.

The city deposited $2.2 billion in the Retiree Health Benefit Trust (RHBT) fund and in the Revenue Stabilization Fund (RSF) in fiscal 2022, close to the $2.5 billion that Lander had recommended. The total long-term reserves of the RHBT and RSF is $6.538 billion, or 9.4% of fiscal 2022 tax revenues, the highest amounts ever, but still well below the estimate of 16.0% that is said to be needed to weather the full length of a recession.

The city is one of the biggest issuers of municipal bonds in the nation. In the first quarter of fiscal 2022, it had about $38.13 billion of GOs outstanding. That doesn’t include various agency debt, such as the TFA or the Municipal Water Finance Authority, which have $42 billion and $31 billion outstanding, respectively.