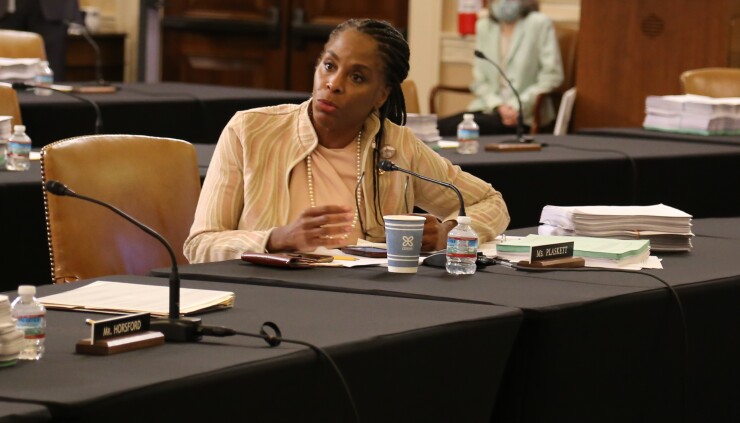 Failure of the U.S. Congress to raise the rum cover rate has a Virgin Islands senator concerned about its finances and its retirement fund.

The Virgin Islands government refinanced matching fund bonds in March, planning to use some of the savings to prop up the faltering retirement system, which would have otherwise run out of money as soon as next fall.

With the rum cover rate at $10.50 per proof gallon, rather than the assumed $13.25 rate, it threatens the financial stability of the U.S. Virgin Islands government, said Sen. Janelle Sarauw.

The rate had been at $13.25 for several years, but in August, the U.S. Office of Insular Affairs said the rate would be $10.50 this year, which would cost the USVI government $60 million per year, Sarauw said.

Puerto Rico Resident Commissioner Jenniffer González Colón submitted a bill in July to raise the tax rate on rum, as did Virgin Islands Delegate Stacey Plaskett in 2021. So far, the bills remain in the House Ways and Means Committee, five steps away from passage.

In August, Plaskett said in a statement she was “confident” the bill would pass and $13.25 enforced retroactively, a position she still holds, Plaskett’s press secretary said Friday.

Sarauw said the lower rate has already cost the U.S. Virgin Islands $40 million this year. While it can handle this loss, the rate has to be raised before the start of the territorial government’s new fiscal year on Oct. 1, 2023.

Prior to March’s $995 million refunding, Moody’s Investors Service said the pension system’s potential to run out of money was a key reason for the Caa2 rating it assigned to the senior lien matching fund revenue bonds, which are repaid with the rum tax proceeds. If the pension system runs out of money, the government could seek access to the rum tax stream, Moody’s said.

Should GERS run out of assets, the island “cannot likely afford the cost of paying pensions in their entirety to retirees while concurrently delivering core governmental services and paying debt service,” Aaron said. “Since it is politically unlikely that the USVI would prioritize debt service over retiree pensions, lower contribution inflows to GERS are credit negative.”

Holders of restructured Puerto Rico Infrastructure Finance Authority rum tax bonds are also affected by the lower rate. However, the central government plan of adjustment, which was enacted this spring, assumed this lower rate in calculating the bond’s contingent vehicle instrument payments.