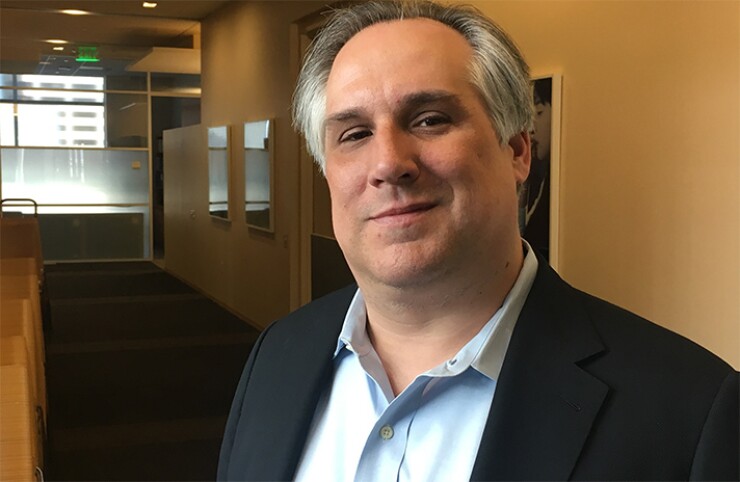 The Internal Revenue Service’s Tax Exempt & Government Entities Division is making clear there will be a beefier IRS presence in the coming year, which may be both a boon and a hindrance to issuers and their attorneys.

The TE/GE 2023 Program Letter wasreleased online Friday and lists the division’s priorities for the fiscal year. Comparing current letters to past letters offers clues about how and where the influx of new spending allocated by recent federal law will be allocated.

“Nothing between the lines strikes me as important,” said Rich Moore, a tax partner at Orrick, Herrington & Sutcliffe. ”The letter is explicit that we will be seeing a more robust, active IRS.  That is a mixed bag. There are often times when it is helpful to have a more responsive IRS and that can only happen when there is adequate bandwidth. This will also likely mean more audits. I have some clients that are less than joyful when one of their bond deals is audited.”

According to TE/GE, the promise of hiring new staff has already begun as they’ve added hired 187 new employees with more on the way. Moore indicates that he’s already seen new names and faces leading audits along with the old familiar names.

Enhancing taxpayer service is on top of the agency’s to-do list. In this area, Moore would love to see, “a more transparent and efficient system in terms of processing issuer requests, for example, direct payments on Build America Bonds.”

Enforcement and compliance issues have been raised during the election cycle to make political hay from fears of an eventual IRS overreach. Two bullet points under the agency’s compliance subheading offers clues about where things are headed.

“Collaborate across IRS on existing and emerging issues, including, but not limited to, examinations of high income/ high wealth individuals,” seems to move middle class taxpayers out of the auditing crosshairs.

Moore isn’t seeing much concern from his clients about Treasury agents running amuck.

“I am sure none of them wants an audit,” said Moore. “But nobody has suggested that the increased likelihood of audit would be a factor in deciding whether to do a tax-exempt deal.”

Among the bullets near the bottom of the letter is a reference of the agency’s intention of deploying electronic filing of form 8038-CP, which is familiar to a particular subset of issuers. “This is the form that issuers use to claim direct payments for direct pay bonds,” said Johnny Hutchinson, partner, Nixon Peabody LLP.

“Although there are fewer and fewer of these bonds hanging around this would be an important step in the right direction. If the electronic 8038-CP program goes well, it might encourage the IRS to extend electronic filing to the other 8038s, which would simplify the lives of thousands of attorneys, legal assistants, and mail carriers across the country.”

In the same section, the letter targets another obscure refinement related to the TE/GE Examination IRM that offers hope for improvement. “The IRM is a highly underrated document because it sets down the rules of the road that the IRS must follow when it interacts with issuers and borrowers,” said Hutchinson.

“The provisions are a bit scattered, and updates are hard to track so, we’ll wait to see what substantive changes might be along for the ride. Anything along the lines of making them more consolidated is probably a good thing.”

By comparison, last year’s letter echoed a lot of the same themes including strengthening compliance, improving operational efficiencies, leveraging technology, and developing the workforce. That letter led with a reference to dealing with the challenges of the pandemic.