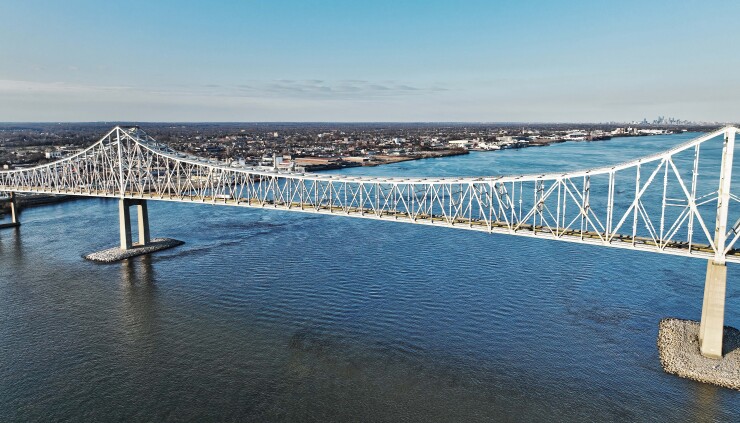 Chester, Pennsylvania, has filed for Chapter 9 bankruptcy. The petition was filed Thursday in the United States Bankruptcy Court for the Eastern District of Pennsylvania.

Judge Ashely M. Chanwill conduct the Chapter 9 case in the Bankruptcy Court for the Eastern District of Pennsylvania. It has been assigned case number 22-13032.

“Since my appointment over two-and-a-half years ago, I have worked to avoid this day. However, Chester has a severe structural deficit that cannot be addressed by one-time fixes, has unaffordable retiree benefit liabilities, and cannot reliably provide vital and necessary services to its residents,” Michael Doweary, the state-appointed receiver for the city, said in a statement emailed to The Bond Buyer.

Since 1995, Chester has been subject to the state’s financial oversight under Pennsylvania’s Municipalities Financial Recovery Act, or Act 47 as it’s generally known.

The state legislature passed Act 47 in 1987 in an effort to help keep municipalities out of Chapter 9. It provides fiscal management oversight and planning, technical assistance and financial aid to municipalities undergoing what the state deems to be severe fiscal distress.

Matt Fabian, partner at Municipal Market Analytics, said the situation in the city has been festering for a long time.

“Pennsylvania has had decades to improve things for Chester, but has instead allowed the city to remain distressed,” Fabian told The Bond Buyer Friday. “Just like with Missouri, Alabama, Wisconsin and California, investors need to take a more critical outlook towards Pennsylvania locals than they might in other states.”

Chapter 9 filings are relatively unusual. Detroit was the biggest Chapter 9bankruptcy , exitingin 2014 after a year-long case.

The Commonwealth of Puerto Rico landed in a similar Title III bankruptcy in 2017 under terms set forth in special federal legislation.

Other municipalities that have filed for bankruptcies include Vallejo, Stockton and San Bernardino in California and Jefferson County, Alabama. In Pennsylvania’s state capital of Harrisburg, the city council attempted to file for Chapter 9 over the mayor’s objection in a petition that was denied by a bankruptcy judge.

At the beginning of the COVID‐19 pandemic in 2020, Gov. Thomas Wolf declared a fiscal emergency in Chester and appointed Doweary as receiver for the city.

The pandemic had a deeply negative impact on Chester’s fiscal condition, cutting the city government’s largest revenues and halting critical services, according to a recovery plan filed by Doweary in 2020 with the Commonwealth Court of Pennsylvania.

“While other communities have successfully exited oversight or made progress toward doing so, Chester continues to struggle with multi‐million-dollar deficits, past due obligations to its employee pension plans, and very marginal investments in the infrastructure that Chester residents and businesses use every day,” the recovery plan stated.

In January, the receiver requested written authorization from the state to file a municipal debt adjustment action under Chapter 9 and to act on the city’s behalf.

In a Feb. 8 letter, Dennis Davin, secretary of the state Department of Community and Economic Development, gave the receiver authorization to begin a case under Chapter 9 on behalf of the city, according to the filing.

The receiver consulted with the municipal financial recovery advisory committee in September as budget projections showed the city faced at least a $46.5 million deficit in 2023, including $39.8 million for past due pension payments and penalties, the filing said.

Chester, with a population of about 33,000, is in eastern Delaware County, about 15 miles south of downtown Philadelphia and eight miles north of Wilmington, Delaware. It is the oldest city in Pennsylvania, settled in 1644.

By the mid-1950s, the city began to experience economic difficulties as manufacturing and other industries moved out, according to the city’s website.

Its population has fallen by more than half since 1950.

In February, Scranton exited Act 47 after spending 30 years as a distressed municipality. It was the 16th municipality to recover from distressed status.

The largest city to be placed under Act 47 was Pittsburgh, which formally exited the program in 2018 after 14 years.