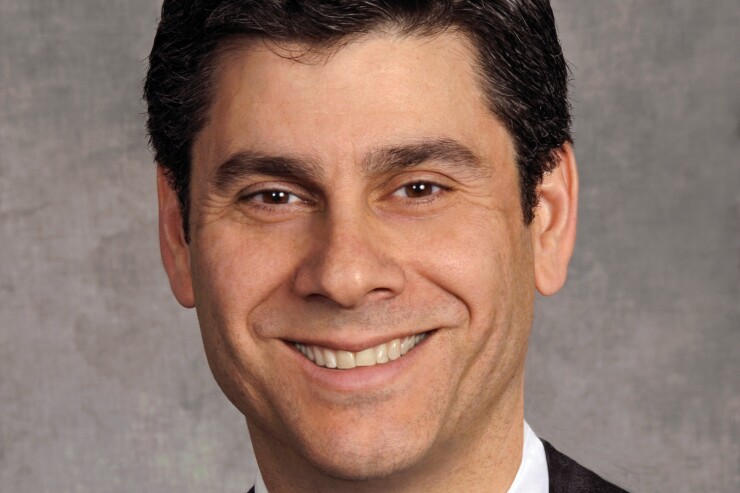 Fitch Ratings has upgraded seven series of prepaid municipal energy transactions from four issuers, actions that follow the agency’s upgrade of Morgan Stanley, the guarantor to the gas supplier in all of the transactions.

Fitch lifted Morgan Stanley’s issuer default rating to A-plus from A Nov. 4, revising the outlook to stable at the higher rating from the previous positive.

On Thursday, the upgrades for prepaid natural gas deals from issuers in Kentucky, Alabama and California followed, also to A-plus from A, with stable outlook.

Fitch cited the “structured nature of the prepaid energy transactions,” including a contractual clause that requires Morgan Stanley to cover any missed obligations by parties to the deal.

By protecting against “any type of nonpayment for gas and the failure to deliver,” that clause goes a long way to insulate investors from risk, said Dennis Pidherny, a senior director at Fitch.

Prepaid gas transactions are usually structured as tax-exempt bond sales where a municipal gas or electric utility can lock in a long-term supply of natural gas at discount prices.

“All of the operational challenges that could arise, in terms of the physical delivery of gas, are in almost every single case buffered by the obligation of the banks to either purchase gas, or to make a cash payment to keep the bond structure intact,” Pidherny said.

Like most prepaid energy deals, Morgan Stanley’s are structured as tax-exempt revenue bonds, with debt service paid by individual utility providers. Most are also 30-year notes with a 10-year mandatory redemption, holding a special appeal for municipalities of all sizes looking to lock down a long-term supply of gas at a discounted rate, said Pidherny.

Though a common misconcection, the savings over time localities seek from prepaid deals are not so much linked to the ebbs and flow of the energy market as they are to other “macro” factors, including fluctuations in interest rates.

“Everything is matched, so when gas prices spike, that doesn’t necessarily mean it’s good or bad for these transactions,” said Pidherny. As interest rates come down, however, “spreads compress, making it harder to generate anything.”

Investors today are most often looking at the credit quality of the major banks, like Morgan Stanley, that act guarantee of any and all debt obligations,” Pidherny said.

Six of the seven bonds that received the recent ratings boost from Fitch were issued in 2018 and 2019, during a period of quick growth in the domestic prepaid energy market.

Issuance rates collapsed during the pandemic, squeezed between unsteady finical markets and the changing demands placed on the energy sector. Despite record municipal issuances in the U.S. 2020, Moody’s only rated 3 prepaid energy transactions for a total of $1.385 billion that year.

Though issuances have picked back up, making predictions about the future of the prepaid energy market is difficult,

The currents moving the industry as a whole can often be hard to track down accurately, said Pidherny, and an important consideration is the ability of utilities providers or municipal agencies to accurately assess long-term energy needs in their areas, a task made difficult in most places by technological limitations and shifting demographics.

“If you think you’re not going to be generating as much electricity, you don’t necessarily want to contract for too much gas,” Pidherny said. “They’re always trying to figure out how much they’re going to need, and then much that really want to be purchase through these transactions.”