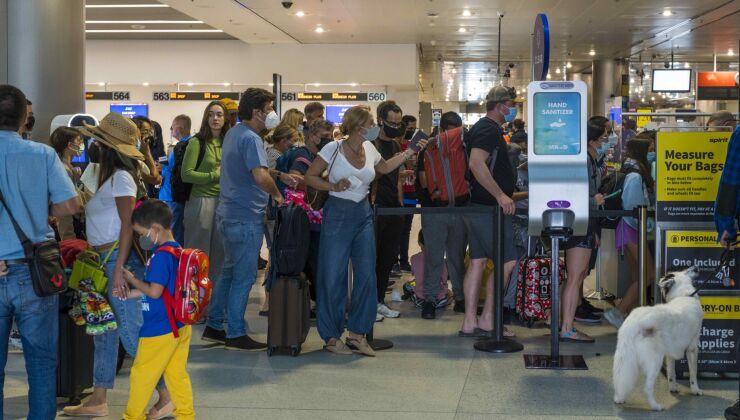 KBRA said the rating on the general airport revenue bonds (GARBS) was upgraded because of the airport’s large and growing service area, anchored by the city of Miami, which is a vibrant center for tourism and trade.

It also said MIA has an advantageous location as an international gateway to Latin America and the Caribbean. The region also has a lot of secondary residences, such as vacation properties and investment real estate, which also impact passenger demand.

It also cited the financial resiliency of the Miami-Dade County Aviation Department, which had a fiscal 2022 operating margin of 46.0%, debt service coverage at 1.84 times and liquidity of 302.1 days of cash on hand — much improved from the prior two pandemic-impacted fiscal years.

The recent expansion of domestic service, including among low-cost carriers and ultra-low-cost carriers, along with the aviation department leadership’s track record of managing multi-phase large and complex capital programs provide support for the current rating, KBRA said.

Credit challenges include high, though moderating, cost per enplanement and debt per enplanement ratios and continued reliance on international traffic, which exposes MIA to foreign economic and health risk, the rating agency said.

The department is projecting the ratio of domestic to international passengers will fall to about 60%/40%, down from the 50%/50% ratio before the pandemic. International enplanements accounted for slightly over 40% in fiscal 2022.

The aviation revenue bonds are special limited obligations of Miami-Dade County, payable from net revenues derived from the operation of MIA.

One action being taken by MIA is the expansion of its automated docking system, which can cut plane idling time and lessen the need for support vehicles, thereby lowering airfield emissions.

The county was not in the path of Hurricane Ian and received only minimal impact from the storm, with Miami International Airport remaining open the entire time.

Last year, both S&P Global Ratings and Fitch Ratings raised their outlook on MIA’s GARBs to stable from negative. Both S&P and Fitch assign A ratings to the GARBs.