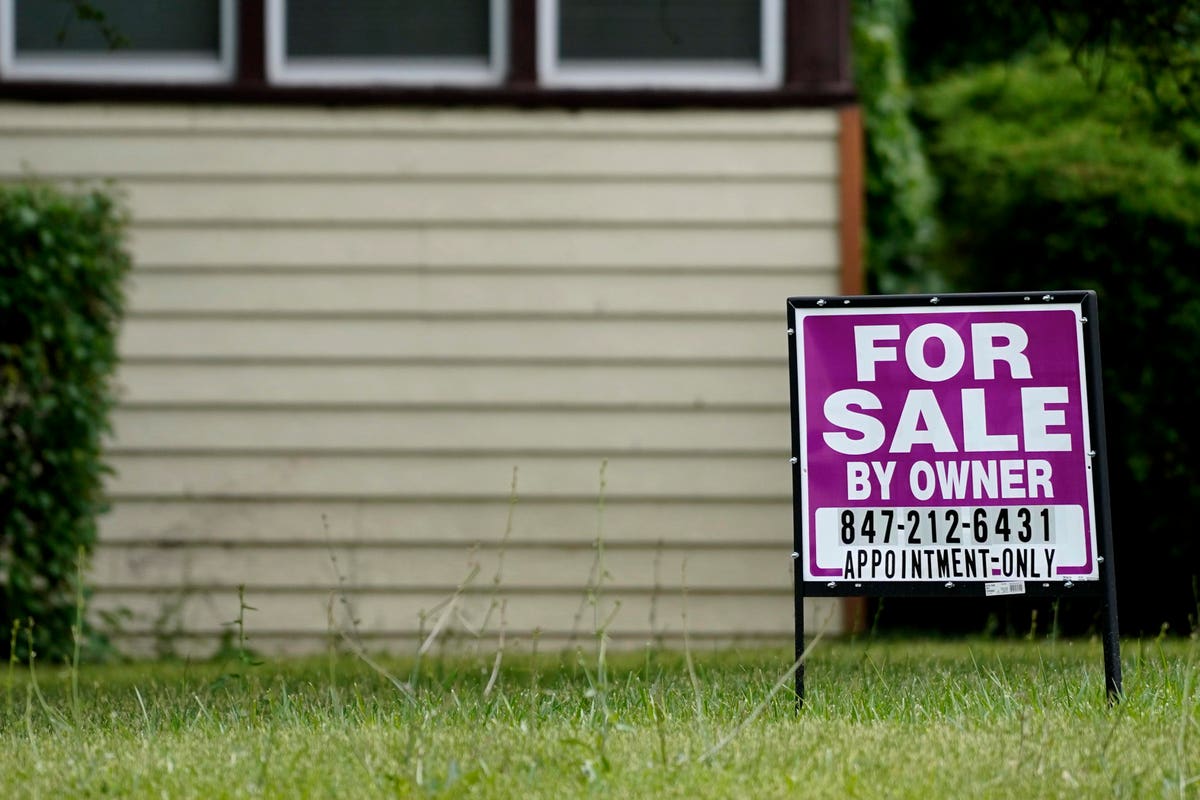 Over the past few weeks mortgage demand has crept up slightly as mortgage rates have come down. Even so, the demand for refinancing has all but disappeared due to the higher rates, with the current figures 88% lower than this time last year.

It’s not quite so bad for new mortgage applications, but those are still down 46% compared to this time last year.

Things have improved slightly over the past few weeks, with mortgage applications up 2.2% in the week ending November 18th and up 2.7% the week before that. It’s the first bright spot in a while though, with demand dropping for nine out of the 10 previous weeks.

So what exactly is going on with the mortgage market and what does it mean for house prices in the near term?

In a bid to bring down soaring inflation, the Fed has been playing hard ball with the central bank base rate. There have now been four consecutive rate hikes of 0.75 percentage points, marking the fastest rate hike experienced over the last 35 years.

Obviously this rapid change has flowed through to mortgages.

The Fed base rate is what all other debt in the economy is priced on. Everything from mortgages to credit cards to personal loans to student loans are influenced by the base rate, which is essentially the rate the banks themselves pay.

With such a rapid increase to the base rate, mortgage costs have gone sky high compared to this time last year. According to Freddie Mac, the current average rate for a 30 year fixed mortgage is 6.58%. This time last year that same average was just 3.10%.

So over the course of the past 12 months, the average mortgage interest rate has more than doubled. That’s a major dent to household budgets.

That’s $840 more that a household would need to pay for the same property, at a time when prices are rising on everything else and there are layoffs occurring across many industries.

With rates going up so much, it’s no surprise that demand for mortgages has come down. Existing home owners who would consider an upgrade may well be stuck in their current properties, simply because a move would mean a refinance and a much more expensive mortgage.

This type of move is often a discretionary one. Most families can get by in their existing home, even if they’d like to move to a different neighborhood or into something bigger. It means that demand is flexible based on the market conditions.

For first home buyers, they might not have a choice in the matter. Even for those who’ve been diligently saving for many years, the latest increases in mortgage costs could mean that their initial plans have to be put on hold.

Even if they want to proceed with a purchase, they banks are likely to be less willing to lend for affordability reasons.

All in all, it’s no surprise that we’ve seen demand fall off a cliff.

What does this mean for the housing market?

Well it’s pretty simple math that if there are way less mortgages being sold, there are going to be way less homes being sold as well. And that’s exactly what’s been happening.

Existing home sales have fallen sharply month over month since the start of 2022, dropping a further 5.9% in October according to the National Association of Realtors. Apart from a brief pause at the beginning of the pandemic, they’re at the lowest levels seen since 2011.

Despite the major slowdown in activity, prices haven’t yet followed. The reduced level of inventory on the market has allowed values to hold up so far, with median existing house price hitting $379,100 in October. That’s 6.6% higher than a year ago, despite transactions falling by 28.4% over the same period.

There are questions as to how long this can continue. Right now, demand is at historically low levels. Despite the uptick in recent weeks, the trend is more likely than not to continue downwards. Obviously this isn’t guaranteed, but the Fed has made it clear that they’re not done raising rates yet.

Given that rising interest rates are what has prompted the slow down, it stands to reason that continuing on this path will put more pressure on real estate.

As long as demand remains low, eventually sellers will need to lower their prices in order to get sales through. While many homeowners can hold on and wait for prices to recover, others are forced into making sales, or will simply be prepared to take a cut in order to get the home sold.

In short, we’re not likely to see boom times in the housing sector back for a while, and things could get worse before they get better.

What does this mean for potential first time buyers?

In many ways, first time buyers are the ones most impacted by these rate rises. Existing homeowners might prefer to be in a bigger or better home, but the reality is that in most cases they’ll be able to continue with life as normal in their existing homes.

The same can’t be said for those who are in less secure forms of housing. Those in rented accommodation are at the behest of their landlords, and even adults who are living at home longer than they’d planned are likely to have other areas of their life on hold until they can afford to move out.

Really one of the only ways to improve the situation is to earn more money or improve the amount you have available for a down payment. We can’t help with the first one, but for would-be first time buyers we can potentially help with boosting the deposit.

If your timeline for a purchase is less than 1-2 years, the truth is you need to stick with cash based investments such as CD’s. One of the positive side effects of rising rates is that the interest on these has gone up too, though it’s still nothing to write home about.

For those who have 3 years or more before they’re planning on buying a home, investing can become an option to consider.

You’ll want to manage the risk well in your portfolio, because the last thing you want is a lot of a volatility in the nest egg which is being used to purchase your home. We use the power of AI to help select the best investment in our Kits, with a good example of a lower risk option being our Active Indexer Kit.

In this Kit, our AI analyzes thousands of individual data points every week, and then predicts the performance and volatility across large cap stocks, small cap stocks and tech stocks. It then automatically weights these areas and individual holdings, based on the predictions.

For investors who want an even greater safety net, they can also add Portfolio Protection. This harnesses our AI to assess the portfolio’s sensitivity to various forms of risk, like interest rate risk, overall market risk and oil risk. It then automatically implements sophisticated hedged strategies to help offset them.

It’s cutting edge stuff, because investors who’ve got something as important as a home on the line, it’s important to have the best tools at your disposal.

Blackstone limits withdrawals at $125bn property fund as investors rush to exit
8 Kitchen, Bedroom And Bathroom Wellness Design Ideas For Cyber Monday
Ethereum derivatives look bearish, but traders believe the ETH bottom is in
These are shaping up to be the best and worst luxury real estate markets for 2023
Stocks making the biggest moves midday: Abercrombie & Fitch, Disney, Best Buy, Zoom and more