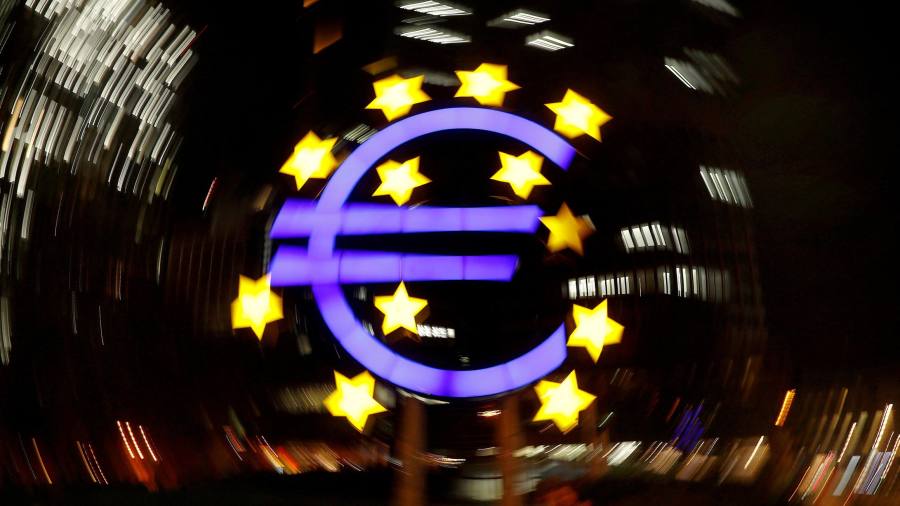 Inflation in the eurozone has fallen for the first time in 17 months, raising hopes that the biggest global price surge for a generation has peaked and easing pressure on central banks to continue increasing rates aggressively.

A slowdown in energy and services prices helped inflation in the single currency bloc to fall more than expected to 10 per cent in the year to November, down from a record 10.6 per cent in October, according to data from the EU’s statistics agency on Wednesday.

Economists polled by Reuters had forecast a smaller slowdown to 10.4 per cent and now anticipate the European Central Bank will be able to shift to smaller interest rate rises next month.

The fall comes amid signs that global inflationary pressures have peaked, with significant falls in wholesale energy and food costs beginning to have an impact on consumer prices.

US consumer price inflation has been falling for several months after surging to a multi-decade high over the summer. The Bank of England’s chief economist, Huw Pill, said on Wednesday that he expected price growth in the UK will start falling in the coming months.

Frederik Ducrozet, head of macroeconomic research at Pictet Wealth Management, said the “obvious compromise for the ECB” was to “move down a gear” with a 0.5 percentage point rate rise next month while also starting a “gradual” shrinking of its €5tn bond portfolio early next year.

The biggest drag on eurozone inflation in November was a drop in energy price growth to 34.9 per cent, down from 41.5 per cent in October. This outweighed a slight rise in food, alcohol and tobacco inflation to 13.6 per cent. Services inflation also slowed slightly to 4.2 per cent.

Price growth fell in 14 of the 19 euro area countries, increasing in only three and flatlining in two. The biggest drop was in the Netherlands, where inflation slid from 16.8 per cent to 11.2 per cent. France had the lowest inflation rate at 7.1 per cent and Latvia the highest at 21.7 per cent.

“Pipeline pressures are easing quite dramatically,” said Sandra Phlippen, chief economist at ABN Amro, adding that wholesale energy and food commodity prices, as well as freight shipping rates and Chinese producer prices, were “all moving in the same direction”.

However, inflation across the bloc remains far above the ECB’s 2 per cent target and some policymakers have argued it needs to continue raising rates aggressively to avoid a damaging wage-price spiral taking hold.

The closely tracked measure of core inflation, which excludes more volatile energy and food prices to give economists a clearer idea of underlying price pressures, was unchanged at 5 per cent.

While headline inflation is expected to fall rapidly next year, the ECB is likely to focus as much on the traditionally stickier measure of core inflation.

Andrew Kenningham, chief Europe economist at Capital Economics, predicted core inflation would “remain stubbornly high” in the eurozone and stay well above the ECB’s target throughout next year as “businesses pass on higher wholesale energy prices and wages”.

However, recent pay deals — including one for millions of metal and electrical workers in Germany — have been well below the rate of annual inflation expected this year, allaying fears of persistently high inflation. There are also signs that Europe’s labour market is weakening, hurting workers’ bargaining power, after German unemployment rose from 5.5 per cent to 5.6 per cent in November, its highest level for 17 months.