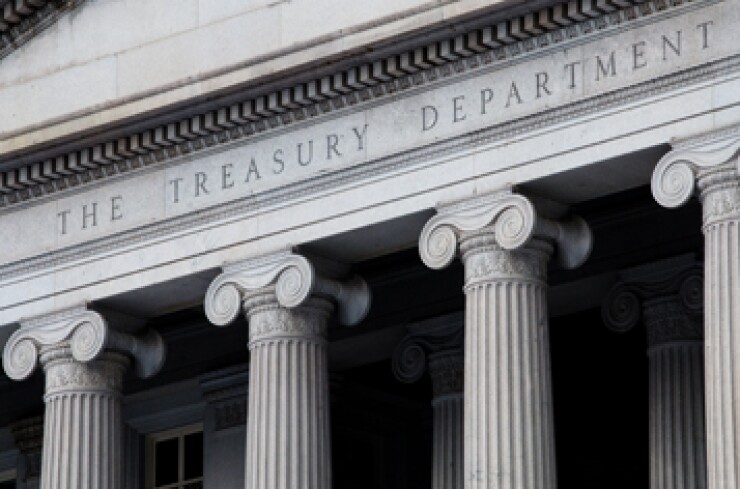 These and many other projects are detailed in the Department of the Treasury’s Tribal Recovery Report, showing that tribal governments have planned or begun implementing over 3,000 projects and services with SLFRF funds. The report was released during the Biden Administration’s second Tribal Nations Summit this week.

“Tribal economic development is not reductive—it is additive, as is robust economic development in other underserved communities,” said Chief Lynn Malerba, the first Native American to serve as Treasurer of the United States. “Today’s report shows that State and Local Fiscal Recovery Funds are having direct, deep and meaningful impacts on tribal nations’ pandemic recovery. By investing in Tribal economies, we are fostering economic prosperity for our nation at large.”

The Biden Administration has taken a larger interest in tribal affairs in recent years, with the appointment of Malerba as well as the appointment of Deb Haaland, the first native American serving as Secretary of the Interior. In September, Treasury created the Office of Tribal and Native Affairs, a permanent hub for Tribal policy within Treasury and overseen by Malerba.

“When Congress appropriated American Rescue Plan funding last year, Treasury made post-pandemic Tribal recovery one of our highest priorities,” said Treasury’s chief recovery officer Jacob Leibenluft. “This historic investment in Tribal communities reflects the commitment Treasury has made to strengthen its relationships with Indian Country and to work to better understand and respond to the needs of Tribal governments.”

The increased interest of the Biden Administration in Tribal affairs follows Biden’s campaign commitments and notably takes a different approach than the federal government has.

“Rather than like the old model of throwing money at a problem when various groups need something and just providing that funding on a one off basis, I think what this has demonstrated is that by giving Tribes the resources necessary to manage these critical needs on the ground, whether it’s infrastructure, or basic governmental services, they don’t want a handout from the federal government, they want the ability to do it themselves because they can do it better and they can do it more efficiently,” said James Meggesto, partner at Holland & Knight and leader of the Native American Law team.

Tribal governments have usually ranked near last in economic development indicators, Meggesto said, and critical infrastructure has always been a major cause hampering development. Tribes are now recognizing this unique opportunity and responding in earnest.

The 3,037 total projects were divided with 987 projects going to support public sector capacity, 694 for revenue replacement, 653 to support public health expenditures, 307 to support and implement SLFRF, 208 on infrastructure, 99 for premium pay for essential workers and 89 to address negative economic impacts.

Examples of some of these projects include the Native Village of Unalakleet in northwest Alaska, where SLFRF funds are developing a broadband project that will provide internet for all of its residents; the Osage Nation is implementing a substantial broadband project for the communities of Grayhorse, Hominy and Pawhuska and the Seneca Cayuga Nation is upgrading an antiquated technology system within its water and wastewater treatment plant.

Other water related projects include the Ohkay Owingeh’s two major wastewater projects to address deteriorating pipes and corrosion of its current treatment facility, as well as the White Mountain Apache Tribe’s measures to ensure all residents within the boundaries of the Fort Apache Indian Reservation have reliable water infrastructure for drinking and hand washing.

Much of the affordable housing projects are being dedicated to improving living situations for elders, as the Eastern Shoshone Tribe, which receives an average of 54 inches of snow each year, will be using the funds to weatherize senior homes, The Karuk Tribe is investing in permanent housing to make up for those lost in a fire that raged through the Klamath Mountains and the Menominee Indian Tribe of Wisconsin is creating tiny home project for low-income elders.

“Tribes are now in an implementation phase,” the report said. “Leaders will need to evaluate risk in meeting project timelines due to potential supply chain disruptions and limited staffing to handle a higher volume of work.”

“While the pandemic disrupted traditional work systems and created challenges, a collaboration between Tribes, local governments, non-profits, and others has allowed Tribes to be innovative in implementation, despite being understaffed,” the report concluded.