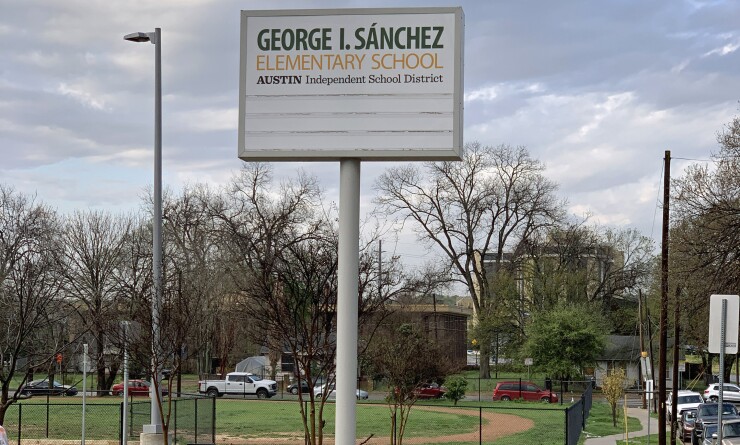 A top-rated Texas program that guarantees public school bonds may be nearing a shutdown after its projected available capacity fell to just $653 million at the end of October.

The big drop from $3.52 billion at the end of September comes amid a huge wave of voter-approved school debt in the state.

The Texas Permanent School Fund program is capped at $117.32 billion under federal law and bestows triple-A ratings on school bonds.

“Unless the capacity is increased, districts will face higher borrowing costs when they go to the market to issue new debt for school construction and renovation,” said Amanda Brownson, associate executive director of policy & research at the Texas Association of School Business Officials. ”The bond guarantee program has been really significant in reducing interest rates for schools as they currently get the benefit of the PSF AAA credit rating.”

About $12.5 billion of bonds on Nov. 8 ballots received voter approval, according to election results posted on the Texas Bond Review Board’s website. In May 7 elections, $10.4 billion of school debt passed, S&P Global Ratings reported in August.

Ajay Thomas, head of public finance at FHN Financial Capital Markets in Austin, said many districts expect to sell newly approved debt over a period of years and those with deals scheduled for sale over the next six months have already applied for or have preliminary approval for the guarantee.

For example, Austin Independent School District, which received voter approval in November for a record $2.44 billion of bonds, contemplates selling the debt over six years in $400 million to $500 million increments.

Thomas said if the capacity problem is not resolved by early next year, it will be a bigger concern for districts seeking bond approval in the May 2023 elections.

“Planning for those elections would have to take into consideration the elevated debt costs for not being able to issue bonds with the Texas PSF Guarantee, which we estimate in the current market conditions is approximately on average 15 basis points of value for an AA-rated school district,” he said in an email.

Federal legislation introduced Sept. 29 by U.S. Reps. Lloyd Doggett, D-Texas, and Jodey Arrington, R-Texas, to permanently remove the PSF’s Internal Revenue Service cap was referred to the House Ways and Means Committee. If it doesn’t pass in the lame-duck session, a new bill would be needed in the 118th Congress.

The fund last reached capacity in 2009, forcing the Texas Education Agency to stop accepting applications. The guarantee program reopened in early 2010 after the IRS in December 2009 lifted the limit.

In the event of a default, which has never happened in the history of the program, bondholders are paid by the PSF and that money is then taken out of a district’s next state aid payment.