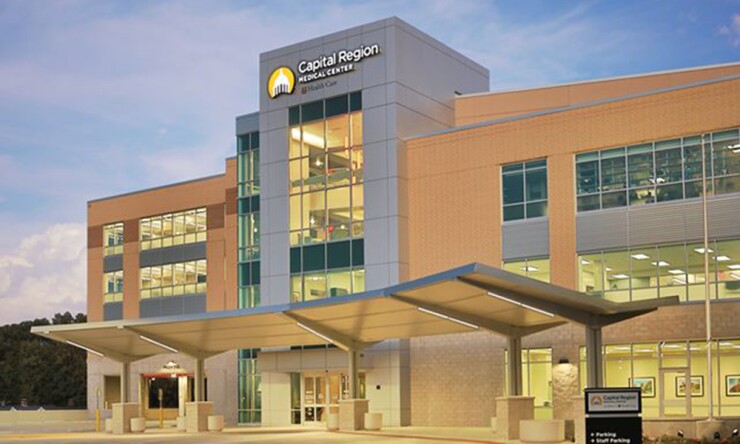 The Capital Region Medical Center in Missouri will hold an investor call Monday as it works to finalize a forbearance from 2022 covenant defaults in an effort to buy time to stabilize its troubled financial condition.

The hospital “has hired Kaufman Hall & Associates to make recommendations to the medical center about ways” it can raise its coverage ratios for future years and “is working with its bondholders on the terms of a forbearance agreement with respect to these defaults. There can be no assurance that the Medical Center will reach an agreement with its bondholders,” the notice says.

The 100-bed nonprofit hospital in Jefferson City faces an additional deadline of Dec. 31 to file its audited financials under a 2020 agreement with U.S. Bank NA, bond trustee and dissemination agent, and warned it could also blow that deadline “until the forbearance agreement is in place.”

The medical center reported in a Thursday notice that it would host an investor call to provide an update Dec. 19 with presentations from Gaspare Calvaruso, president; Tom Luebbering, vice president, finance; and professionals from advisor Kaufman Hall and underwriter Piper Sandler.

Moody’s on Monday cut the medical center three notches to Ba2 from Baa2, making the bonds speculative grade. The system had $41 million of outstanding debt, all fixed rate, sold through the Missouri Health and Educational Facilities Authority, at its fiscal 2022 year close, according to Moody’s. The outlook remains negative. Moody’s had put the rating on review in September. It now assigns a negative outlook.

The action “reflects the material recent deterioration of unrestricted cash due to several one-time events in 2022, along with sector-wide operational challenges facing CRMC,” Moody’s said. “Operating headwinds will include elevated labor and supply costs, which have been exacerbated by the on-going pandemic.”

Moody’s expects very weak liquidity to persist through fiscal 2023 with days cash on hand likely to remain around 60 days.

“The rapid deterioration of liquidity is both due” an unprecedented rise in expenses in recent months “and several materially unfavorable one-time events in fiscal 2022, including a cyber-breach, IT implementation issues and default of payment from a major contract,” Moody’s said.

The medical center notified parties in December 2021 that it had discovered an unauthorized party might have gained access to certain employees and patients’ personal, health, and financial information, including Social Security numbers.

The rating anticipates CRMC will secure a forbearance agreement from a majority of bondholders as the required debt service coverage of 1.25 times will fall short for fiscal 2022.

“The negative outlook reflects material and multiple risks that could result in greater than expected operating losses and cash declines during 2023 and beyond,” Moody’s said. “Failure to obtain a forbearance could pressure the rating.”

The hospital’s rating benefits from an integrated relationship with the University of Missouri Health System which provides payor leverage and the ability to access a vast network of clinical resources.

Remedies laid out for bondholders in the offering statement for the $28.6 million 2020 issue include the ability to pursue litigation to enforce repayment, appointment of a receiver, and acceleration of bond repayment. Holders of at least 25% of principal can direct the trustee to take various actions.