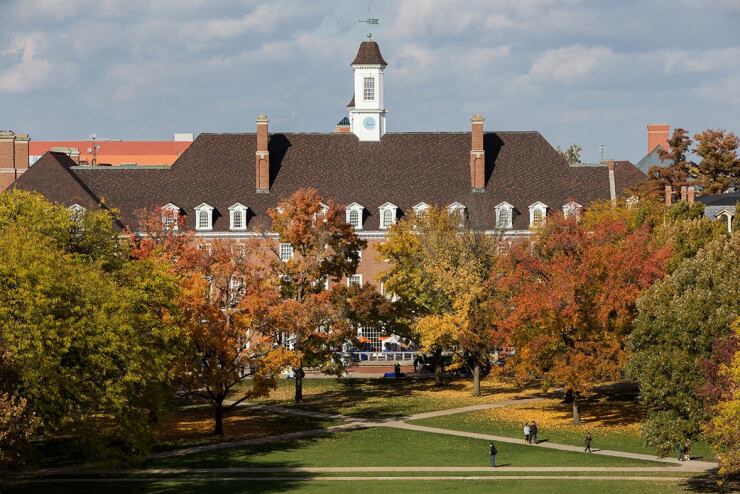 S&P Global Ratings lifted the University of Illinois back into the double-A category citing the flagship public university’s surpluses and healthier state government finances that reduce the threat of aid cuts.

The upgrade is “due to the university’s excellent demand profile that has remained consistent, continuous full-accrual surpluses, and significant growth in available resource ratios,” S&P analyst Sean Wiley said Tuesday. “In addition, improvement of the state’s credit quality over the past few years has created less risk that state appropriations will be cut significantly or be paid untimely.”

S&P raised the state’s rating to BBB from BBB-minus last year and again in the spring moving it up another notch to BBB-plus.
The university’s demand profile is expected to remain solid allowing the school to generate break-even or positive operations on a full-accrual basis.

“While the university may issue some additional debt, we believe it has additional capacity given its existing available resources and fairly conservative debt service schedule,” S&P said.

The university’s ratings were impacted by the state’s fiscal woes and political battles that dragged the state’s rating down to near junk during a two-year budget impasse that ended in 2017.

The flagship fared better than the regional state universities, some of which landed in speculative grade territory as state aid was delayed.

The flagship took rating hits but not as severe thanks to its diverse revenues beyond state aid, stable enrollment, and significant research grants that propped up the balance sheet.

The school has seen surpluses in each of the last five years even as it managed revenue losses tied to the COVID-19 shutdown and temporary shift to remote learning. The university had $3 billion in net assets and $4 billion in cash and investments at the end of fiscal 2022.

“While the state’s credit rating has improved…it is still S&P Global Ratings’ lowest rated state, with long-term financial challenges, which could lead to potential higher education cuts, though we do not anticipate them in the near term,” S&P said.

The university has three main campuses in Urbana-Champaign, Chicago, and Springfield, as well as healthcare sites in Rockford and Peoria. The school reached a $3.1 billion campaign goal one year early and expects to raise about $400 million in fiscal 2023.

The university expects to receive $1 billion from the state over the next five years for capital, limiting the university’s need to borrow.

S&P raised the university in May 2021 by two notches to A-plus from A-minus.