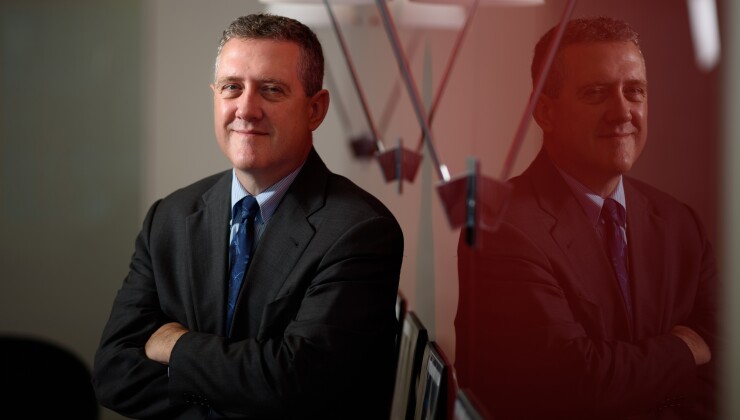 “We’re almost into a zone that we could call restrictive — we’re not quite there yet,” Bullard said Wednesday in an online Wall Street Journal interview. Officials want to ensure inflation will come down on a steady path to the 2% target. “We don’t want to waver on that,” he said.

“Policy has to stay on the tighter side during 2023” as the disinflationary process unfolds, Bullard added, saying he penciled in a forecast for a rate range of 5.25% to 5.5% by the end of this year in the Fed’s so-called dot plot of projections.

The disclosure shows that he was among a group of five of the Fed’s 19 policymakers who saw rates in that range this year, with two other officials projecting rates at 5.5% to 5.75%. The median rate projection was for 5% to 5.25%.

Fed officials are mulling a further moderation in the pace of interest-rate hikes following a cooling in U.S. inflation. Consumer prices rose 6.5% in the 12 months through December, marking the slowest inflation rate in more than a year, Labor Department data showed.

Fed officials lifted rates by a half-point last month to a target range of 4.25% to 4.5%, slowing the pace of rate increases after four straight 75 basis-point moves.

Bullard, who has been among the most hawkish of Fed officials, said last week he favored “front-loading” of rate hikes and would like to move to the committee’s forecast above 5% as soon as possible.

Asked if he would be open to raising rates 50 basis points at the meeting in two weeks’ time, Bullard said, “Yes, why not go to where we are supposed to go, where we think the policy rate should be for the current situation?”

Recent data are giving mixed reports on the U.S. economy. Retail sales fell in December by the most in a year, suggesting consumers are losing some of the resilience, Commerce Department data showed earlier on Wednesday.

On the other hand, U.S. payrolls rose more than expected with a gain of 223,000 last month, while the unemployment rate dropped to 3.5%. And growth was tracking about 4.1%, according to the Atlanta Fed’s tracker on Jan. 10.

“The prospects for a soft landing have improved markedly,” Bullard said. “The risk to the soft landing is that the inflation data doesn’t cooperate and goes in the other direction.”