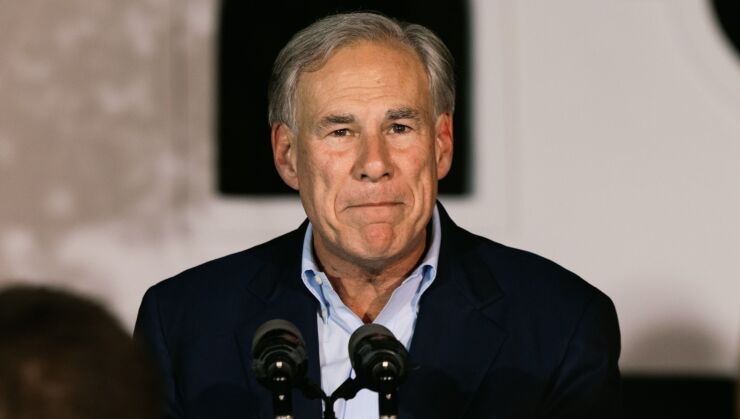 Texas lawmakers are moving ahead with a huge property tax cut thanks to a record budget surplus.

The $130 billion general revenue fund biennial budget bills introduced last week by the Republican-controlled House and Senate include $15 billion in property tax cuts with the Senate version calling for increasing the homestead exemption to $70,00 from $40,000 at a cost to the state of $3 billion.

Gov. Gregg Abbott pushed for property tax relief throughout his successful campaign for a third term.

Texas ranked sixth among states for the highest property taxes paid as a percentage of owner-occupied housing value in 2020 at 1.66%, according to a September report from the Tax Foundation.

With the Lone Star State experiencing a population boom, the demand for housing has dramatically raised residential property values.

The exact form of the tax cut is unclear.

In an online post, Tim Hardin, president and CEO of Texans for Fiscal Responsibility, said one-third of the $15 billion cut would maintain tax relief passed in 2019, leaving two-thirds in “actual new relief.”

“Out of the $9.7 billion in new relief, $3 billion will be used to raise the homestead exemption,” he said. “Homestead exemptions are not the ideal way to lower property taxes and actually make it more difficult in the long run to eliminate (school maintenance and operations taxes).”

Amanda Brownson, associate executive director of policy & research at the Texas Association of School Business Officials, said school districts “have not really benefited from property appraisal growth over the past several years.”

“When the appraised value grows, the tax rate declines and/or the state share of funding declines,” she said in an email.

In the meantime, the legislatively mandated allotment of state general revenue funds going to districts has been flat since 2019, while schools are struggling with higher costs due to inflation, Brownson added.

Lawmakers have also filed bills to fundamentally change the system for funding school operating budgets and to impose limits on the appraised value of property, but Lavine said some are repeats from previous sessions.

The committee of five members from each legislative chamber would examine “the effectiveness of increasing the rate or expanding the application of consumption taxes currently imposed by the state” to meet its constitutional duty to support public schools. It would have a deadline of Nov. 1, 2024, to issue a report to the legislature.