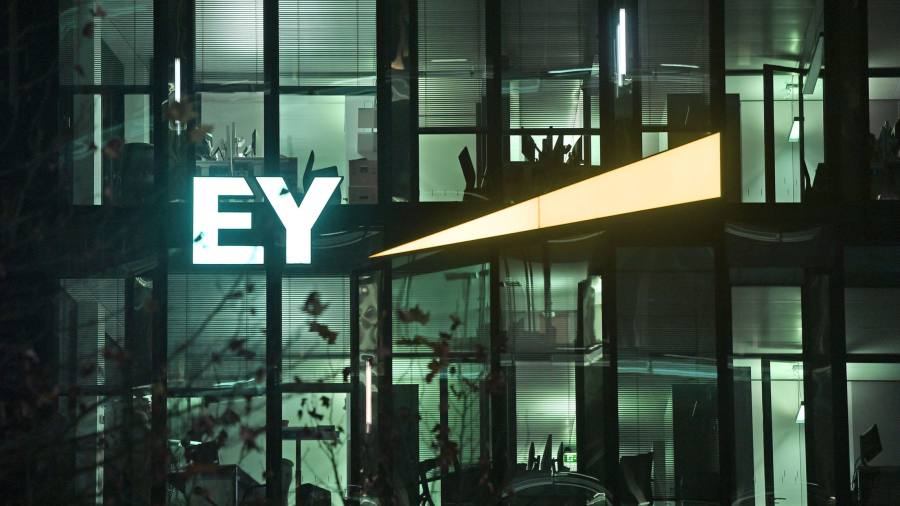 EY Germany is planning to cut 40 partners and shed 380 staff as the Big Four firm attempts to improve profitability after the damage caused by the Wirecard scandal.

Most of the job cuts are aimed at reducing back-office costs at the German business, one of the largest in EY’s 150-country operations, four people familiar with the matter told the Financial Times.

The majority of the 40 partners heading for the exit are in the firm’s audit practice, accounting for about 5 per cent of the equity and salaried partners in the German business.

EY lost several big audit mandates in Germany, including Commerzbank, DWS and KfW, after its involvement in the Wirecard scandal, in which it failed to spot over several years that half of the payment group’s reported revenues and billions of euros of corporate cash did not exist. The fintech went bust in 2020 in one of Europe’s most spectacular accounting frauds.

The redundancy plan is the latest in a series of cost-cutting measures in the Big Four accounting firm’s international network as it responds to economic uncertainty and tries to boost the valuation of its global consulting business ahead of a split from its audit operations.

Bonuses, hiring, travel for internal events, training and staff Christmas parties have been targeted as part of efforts to reduce spending.

The German cost-cutting project was referred to internally as “Zugspitze”, said people with knowledge of the plans, a reference to the country’s highest mountain. The audit and consulting split has been codenamed “Everest”.

The job cuts, which are subject to negotiations with an employee works council, were part of a restructuring to improve EY’s profitability in the country by reducing bloated back-office operations, said three people familiar with the plans.

The fallout from Wirecard has hit EY’s growth in Germany, leaving it with more staff than it needed, said two people at the firm.

EY Germany reported revenues of €2.1bn in the 12 months to June 2022, returning to 2020 levels after a dip in 2021. Its Big Four rivals Deloitte, KPMG and PwC have also endured slow growth in Germany while the firms’ global revenues have soared.

“Germany is in a very specific and unique situation . . . I do not expect material restructurings in any other location,” said one of the people with knowledge of the decision-making. The cuts were not solely a result of the effect of the Wirecard scandal on the firm’s business but had “more to do with Wirecard than . . . anything else”, the person added.

Given the sluggish performance, the business had “over-hired” in recent years, another of the people added. The German business has been “very quiet . . . with a lot of staff on the bench”, said a third person at EY.

Most of the 380 staff roles slated for removal are in the 11,000-person German firm’s “core business services” division, said three people familiar with the matter. The unit includes functions such as business development, human resources, finance, legal and marketing.

EY declined to comment on whether the partners losing their jobs would miss out entirely on potential multimillion-euro windfalls if EY’s break-up proceeds.

If the split goes through, audit partners are set to receive cash payments up to four times their annual earnings while their consulting counterparts would be handed large share awards. Reducing the number of partners in Germany would leave a greater share of the spoils for those who remain.

The split is set to lead to significant cost-cutting in the standalone consulting business. Another factor in the German restructuring was that the new global consulting business is expected to need fewer support staff because it would have a more centralised structure than the existing network of locally owned firms, said two people with knowledge of the planning.

EY said the global split was considered by the German business as part of its “overall strategic planning” but that the cutting “continues a long-running transformation of EY Germany’s operations”.

EY hopes to complete the redundancy negotiations by June 30 but the process could take longer, said one of the people familiar with the matter. Partners have fewer employment protections and will negotiate the timing and terms of their departures directly, the person added.

EY said the German management board had decided on the plans which “are intended to put EY Germany in the strongest possible position for future success”.

It said the changes “should preferably take place in [the] form of voluntary solutions under a mutual understanding”.

A Conversation With Designer Katie Kime
Inside The California Mansion Where Harry And Meghan Filmed Their Netflix Documentary
Mortgage rates drop to the 5% range for the first time since September
Stocks making the biggest moves after hours: Snap, Electronic Arts, Advanced Micro Devices and more
Jim Carrey’s Los Angeles Estate Hits The Market For $28.9 Million