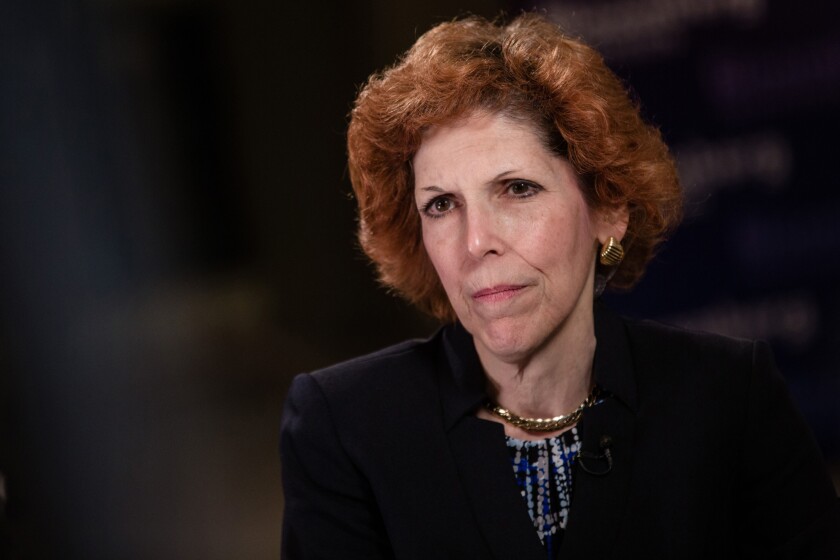 “I believe it will be appropriate to move the funds rate up in March and follow with further increases in the coming months,” Mester said Thursday in prepared remarks for a virtual event hosted by the New York University Stern Center for Global Economy and Business. “If by mid-year, I assess that inflation is not going to moderate as expected, then I would support removing accommodation at a faster pace over the second half of the year.”

During their January meeting, Fed officials concluded that they would start raising rates soon from near zero and were on alert for persistent inflation that would justify a faster pace of tightening, according to minutes of the Jan. 25-26 meeting released Wednesday. Chair Jerome Powell told reporters after the meeting that officials were leaning toward moving next month to quell the hottest inflation in 40 years.

In terms of the Fed’s balance sheet, which at $8.9 trillion is currently roughly double the size it was before the pandemic, Mester reiterated that she would support selling some mortgage-backed securities at some point during the reduction process. That would “help to speed the return of our portfolio’s composition to primarily Treasury securities” and “minimize the effect of our balance-sheet holdings on the allocation of credit across economic sectors.”

Mester said she expects inflation to remain above 2% this year and next, and that moderation in inflation is “conditioned on the FOMC taking appropriate action to transition away from the current emergency levels of accommodation,” referring to the rate-setting Federal Open Market Committee.

She also stressed the importance of communications from central bankers and said that policy communications need to transition away from providing explicit forward guidance.

“Instead, we will need to convey the overall trajectory of policy and give the rationale for our policy decisions based on our assessment of the outlook and risks around the outlook, which are informed by economic and financial developments,” Mester said. “This change in communications will provide a better sense of the FOMC’s policy reaction function and should not be interpreted as the FOMC backing away from transparency.”