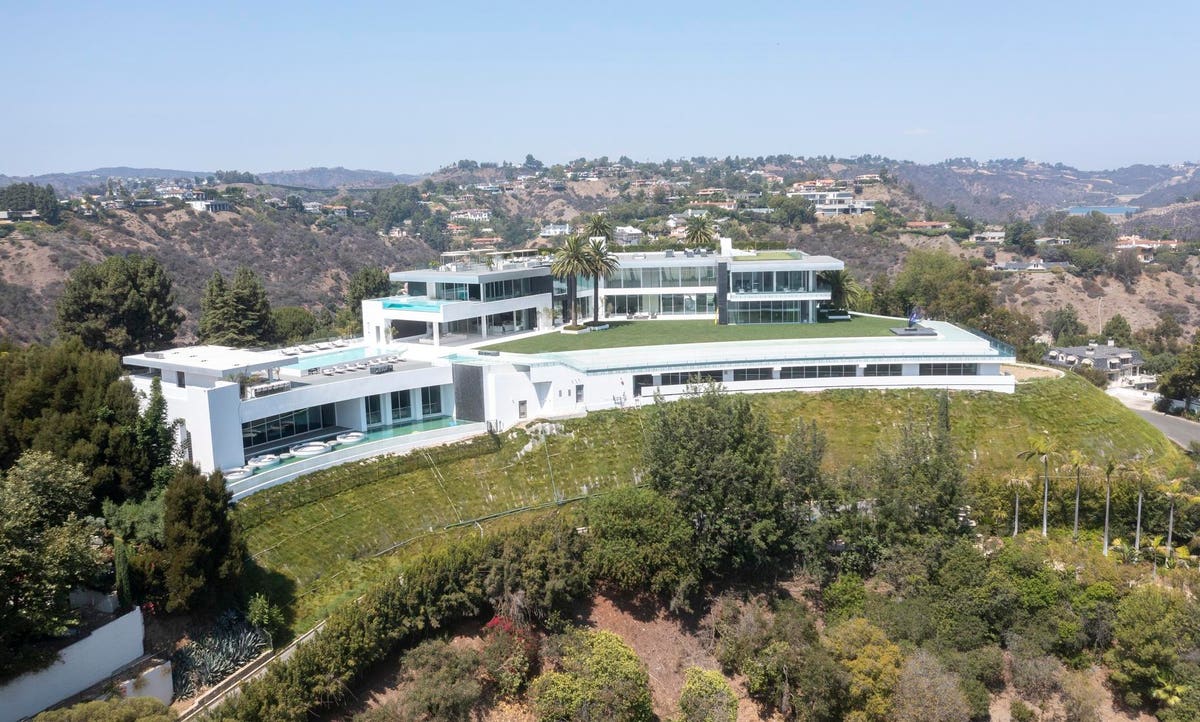 After nearly a decade, the saga of Los Angeles mega-mansion called “The One” is about to come to a close.

Once listed for as much as $295 million, the 105,000-sqaure-foot home designed by architect Paul McClean sold at auction this month to Fashion Nova founder Richard Saghian for $141 million. The sale is set to be finalized early next week after review and approval by a bankruptcy court judge.

While the 21-bedroom, 42-bathroom estate may have been one of the most highly publicized properties in the world, Saghain’s purchase had much more to do with than just publicity, says luxury real estate specialist Stuart Vetterick, who has represented the fashion mogul in property trades for more than four years, including the recent deal for “The One.”

“He’s always been a Paul McClean fan and he’s been searching for something like this for a long time. This house was a confluence of everything he wanted,” Vetterick shares.

Before joining the Beverly Hills-based agency Hilton & Hyland, Vetterick spent time in investment banking where he bought and sold securities and other financial assets for one of the nation’s leading investors. Over the course of his career, Vetterick has negotiated over $4 billion in transactions.

I sat down with him to discuss the recent sale of “The One” and what the future holds for the larger-than-life property. His responses have been edited for clarity.

How did it come to be that Richard Saghian, your client, is about to own Los Angeles’ largest home?

SV: The journey really started four-and-a-half years ago when I met Richard. Since then we’ve visited over 75 properties and in that time, I would say Richard has become and is one of the most educated high-end buyers out there.

Was ‘The One’ a property he expressed interest in?

SV: He definitely knew of it, he knew that it was the largest home that McClean has built, but I don’t think he ever really considered it as an option because it was rumored to go for such big numbers. That all changed on that final day of the auction when the bids were relatively low and there still weren’t that many bidders. So he had a range that he was comfortable and it worked out.

Apart from the pedigree and designer of the home, what else appealed to Saghian?

SV: The panoramic views. It’s very rare to find anything that has panoramic views, let alone something that’s modern and is relatively close to the heart of Los Angeles.

Why do you think the final sale was such a far cry from the original asking price of $295 million?

After the sale closes, what are the first steps?

SV: Good question. It’s kind of like, how do you eat an elephant? One bite at a time. I guess you start by meeting with city engineers, city inspectors, general contractors and all these other people and say, “okay, what are the things that need to be addressed immediately?”

What do you think the timeline is to get all of that and more done?

SV: Nobody really can say—it’s Pandora’s box. He’ll just have to start tackling one thing at a time.

Hilton & Hyland is an exclusive member of Forbes Global Properties, a consumer marketplace and membership network of elite brokerages selling the world’s most luxurious homes.