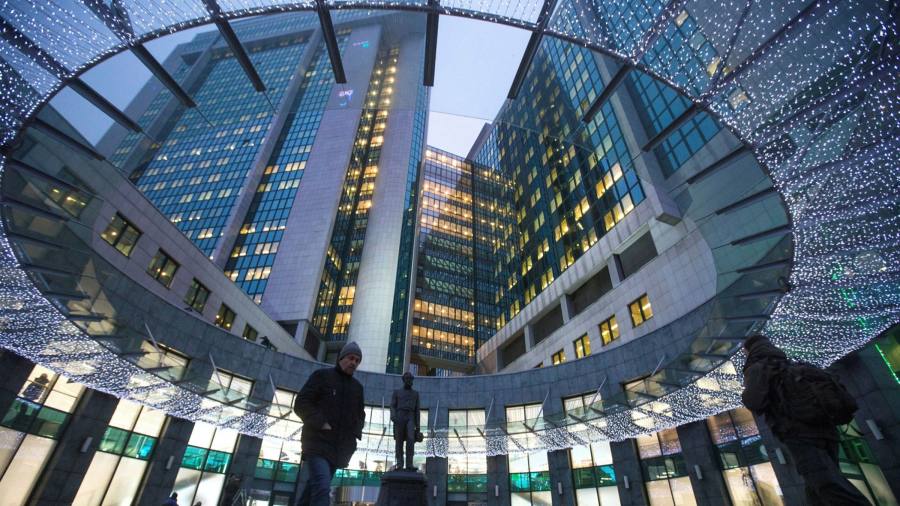 The US has imposed its most severe level of sanctions on Sberbank, Russia’s largest financial institution, and Alfa-Bank, the country’s biggest private bank, escalating its economic punishment of Moscow in response to atrocities committed by Russian forces in Ukraine.

The announcement on Wednesday of “full blocking sanctions”, which prevent the lenders from transacting with any US institutions or individuals, came after top US officials including President Joe Biden warned this week that they were planning to impose harsher restrictions on Russia.

A senior US official said the latest measures came in response to “the sickening brutality in Bucha”, a city near the capital Kyiv where gruesome images of the bodies of Ukrainian civilians have emerged in recent days, indicating a possible massacre by Russian soldiers.

In addition, the US said it would prohibit any new investments in Russia by America, and reveal new blocking sanctions of large Russian state-owned enterprises on Thursday.

The new restrictions on Sberbank and Alfa mean that the two Russian lenders are no longer able to transact with any US institution or individual in any currency. Immediately after the invasion, the US had prohibited any debt or equity transactions with Alfa and Sberbank, but it is now imposing “full blocking sanctions”, which involve much stricter curbs.

“This is the most severe action we can take in terms of financial measures,” the US official said. “And in practice, the history of sanctions is when we impose full-blocking sanctions on [a] financial institution, the rest of the world, even in other jurisdictions that have not yet imposed a full block, they respect the regime. So there tends to be a multiplier effect.”

The official added that the US and EU had chosen to target Putin’s daughters because they believed they were helping shield the Russian president’s wealth.

“We believe that many of Putin’s assets are hidden with family members and that’s why we’re targeting them,” he added.

The measures, which foreign secretary Liz Truss said marked “the toughest sanctions yet”, included a ban on imports of Russian iron and steel products alongside an outright ban on new outward investment to Russia.

The US and European allies had hoped that the initial burst of hefty sanctions they imposed in the wake of Russia’s invasion in late February — including cutting off Moscow’s access to its foreign reserves by banning transactions with its central bank — would be sufficient to isolate Russia financially without excessive spillovers to the rest of the global economy.

But they have been forced to consider additional targets as the conflict has worn on, widening their net to include companies and individuals in third countries continuing to do business with Russian entities and sharpening their enforcement of existing sanctions.

“We’re headed towards Iran-style sanctions,” he added, referring to the decades-long measures against Tehran beginning in 1979. “This is a conveyor belt and it only leads in one direction.”