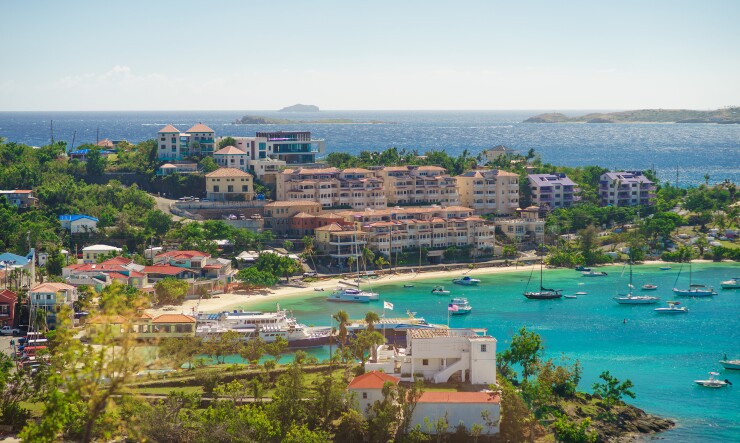 The Government Employees Retirement System of the Virgin Islands is preparing a lawsuit against the financially struggling Water and Power Authority for about $7.7 million in past due money.

On March 29, WAPA Chief Executive Officer Andrew Smith sent a letter to Nibbs telling him the authority has paid more than $45 million more on fuel costs in the current fiscal year than it has received from customers for this purpose. Smith said this has led WAPA to delinquencies in its payments.

“We are pursuing a number of internal initiatives to improve efficiencies and lower the authority’s cost structure; however, this turnaround will take time,” Smith, who joined WAPA in January, said in the letter to GERS. “In the near term, we are working closely with the Office of Management and Budget as well as the Public Service Commission to address our current financial situation.”

WAPA did not respond for comment in time for publication.

On April 1, Nibbs said the WAPA offer is unacceptable. He said GERS could not accept an installment payment plan on employer contributions that extended beyond 18 months. He said the employee contributions must be paid immediately and he objected to WAPA not committing to maintaining current on contributions to GERS moving forward.

Late last week, the GERS Board of Trustees directed Nibbs to prepare a lawsuit against WAPA..

“My first thought was to look at the most recent offering document and see if there was a disclosure angle to this but of course, making sure that the papers get filed with EMMA was too much to ask,” said Muni Credit News Publisher Joseph Krist. “These are the kinds of things that are unnecessary self-inflicted wounds. Rich or poor, First World or Third World, keeping track of the money and making sure your employees get paid should not be too much to ask.”

Krist said that it historically has been the case with the Virgin Islands that it is too much.

“This is something that can be financed and the next time the Virgin Islands needs to come to market, it should be a condition of the deal that the situation is addressed,” Krist said. “Only a lack of choice in the matter will motivate change in financial management and disclosure.”
The U.S. Virgin Islands central government priced nearly $1 billion of Virgin Islands Matching Fund Special Purpose Securitization Corp. bonds on March 31, which government officials said would help to bring down the islands’ pension shortfalls.

As of Dec. 31, 2020, WAPA had $190 million of electric system revenue bonds and $1.143 billion of liabilities, according to unaudited financial statements. WAPA’s senior bonds are rated Caa2 by Moody’s Investors Service and CCC by Fitch Ratings.

Since WAPA’s primary source for electricity is burning diesel fuel, the recent increases in these costs places additional financial pressure on the authority, Sabatelle said.

“At some point they will have to restructure [their debt],” he said. “It’s inevitable.”