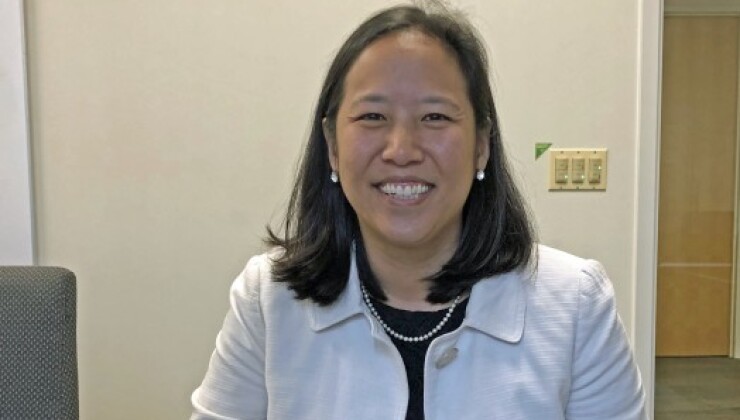 Chicago is counting on future casino tax revenue to avoid reverting to bad fiscal practices or raising property taxes as it seeks to structurally balance its books, the city’s chief financial officer warned City Council members at a hearing this week.

Mayor Lori Lightfoot’s administration last month narrowed a list of five casino development proposals to three with the goal of picking one in the next month so a temporary casino could be running as soon as next year.

The city anticipates an upfront payment that it would like to incorporate into its 2023 budget. Several proposals offered between $25 million and $50 million but that would be subject to negotiation in a final deal. The city anticipates $200 million in annual revenue from its first casino. State statutes require the city to direct casino revenue toward its police and fire pension fund, which would, in turn, relieve pressure on the city’s corporate fund.

The state would also receive about $200 million annually toward its capital plan and local governments about $25 million, city officials said.

Several council members who represent wards that are home to the proposed sites voiced their community’s opposition and others, as well as a top labor leader, fired off a laundry list of concerns. They illustrate the rocky path Lightfoot’s team must navigate to settle on a site and development plan that meets with council approval.

“The burden is here,” Bennett said of pension funding demands. “We are working very hard to get to structural balance within this next budget cycle which then starts to get us on a stable pathway as it relates to our finances” and allows the city “to start to get back to better credit ratings and an improved pension funding situation.”

The city draws about $1.4 billion from property taxes and $329 million from its general fund to help cover a $2.3 billion contribution this year to its police, fire, municipal and laborers funds after fully completing-in a multi-year ramp to an actuarially based contribution.

“It would be very difficult for the city to get to structural balance” without the future casino funding, Bennett said in response to a question about the fiscal impact if casino plans are delayed or dropped. The city could be forced to return to using “one-time measures” after having shed them, which helped stabilize the ratings “amidst a pandemic.”

Difficult choices would loom as soon as 2023 and “the only really viable alternative source for the city of this magnitude would have to be property taxes,” Bennett told council members who face re-election along with Lightfoot in 2023. “It’s the only revenue source that we have available that can cover that shortfall.”

The city’s past reliance on one-shots — like scoop-and-toss restructuring and borrowing judgment settlements — helped dig the city a structural hole.

Property taxes are often labeled the “third rail” in Chicago politics, a reference to the Chicago Transit Authority’s electrified third rail. Council members swallowed a bitter pill in 2015 by passing a four-year $543 million tax hike for then Mayor Rahm Emanuel’s public safety pension overhaul that implemented a ramp up to actuarial-based contributions.

The Lightfoot administration originally targeted 2022 for structural balance but was pushed off track by one year by the COVID-19 pandemic. Rating agencies expect the city to meet the 2023 goal, so the city’s general obligation ratings could be strained if it falls short.

Council members received an update at the hearing on the proposals’ status from Bennett and Deputy Mayor Samir Mayekar. Members posed questions and shared public concerns that ranged from traffic and crime to the approval process and labor and community benefit agreements.

The hearing started on a contentious note when during the public comment period Chicago Federation of Labor President Robert Reiter Jr. testified that despite labor’s efforts to secure state legislation paving the way for a casino none of the bidders have struck labor commitments on construction and operations.

“We understand that developing tourism tax revenue is critical for our city but to move forward without a commitment to paying living wages and respect workers’ rights is a slap in the face” to labor, Reiter said.

A labor deal is needed “if this is going to have a snowball’s chance of going anywhere,” said Alderperson Leslie Hairston.

Bennett said a final deal would include labor commitments, as required by the city and state.

The administration received push back for limiting the sites to near downtown, but Bennett noted, studies have shown they offer the best fiscal gamble.

Once the city makes its pick, the state Gaming Board must sign off. The three remaining proposals are from Bally’s which would use the former Chicago Tribune Publishing Center just northwest of downtown, Rivers at The 78 just south of downtown, and Hard Rock at the proposed One Central development also south of downtown.