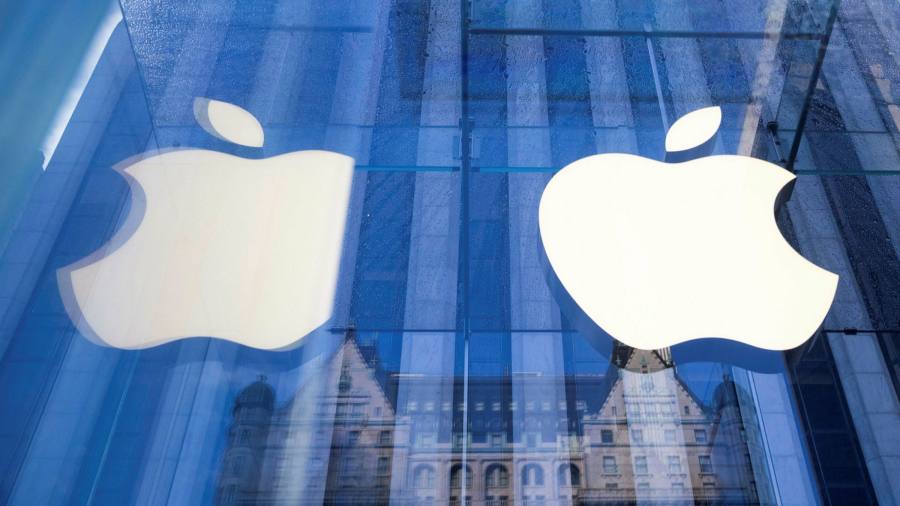 Apple’s services division posted record revenue in the quarter to March, pushing the company’s overall sales well beyond analysts’ expectations as it navigated supply chains issues and the highest inflation rate in decades.

Apple’s services division had a record quarter — with revenues rising 17 per cent to $19.8bn. The unit includes App Store revenue, iCloud subscriptions and a growing array of digital services for music and entertainment.

Luca Maestri, chief financial officer, told the Financial Times that the fast-growing services division now counts more than 825mn subscribers, up 165mn from a year before.

“We’re obviously very happy given all the investment we made in recent years,” he said.

He said the only disappointing result in the quarter was iPad sales, owing to silicon constraints in the supply chain. Apple has been prioritising the chips it has for the iPhone rather than iPad.

While the top and bottom-line growth rates are well below where they were in the same quarter last year — when revenues surged 54 per cent and net profits jumped 110 per cent — the overall figures are among the highest in Apple’s history in a sign of its resilience.

Total iPhone sales rose 5.5 per cent, bringing in $50.6bn, or 52 per cent of total revenue, confirming that the 5G super cycle of upgrades that began in late 2020 with the iPhone 12 continues.

Tim Cook, chief executive, in a statement called the results “a testament to Apple’s relentless focus on innovation and our ability to create the best products and services in the world”.

Apple’s board also authorised another $90bn of share buybacks and raised its dividend 5 per cent, the 10th straight annual increase, according to Maestri.

Apple shares climbed more than 2 per cent after-hours, on top of a 4.5 per cent gain ahead of the results.

Analysts had called the report more important than usual given broad concerns about the health of consumer spending amid higher inflation. Despite the better than expected results, the rest of the year could be challenging.

FTSE 100 beats 2018 peak to hit all-time high
New York must ‘get creative’ to fund capital improvements, officials say
Nashville Estate Loved By Country Music Celebrities Is Up For Absolute Auction
Meme Coin Economy Swells by $5.8 Billion in Less Than a Month, Suggesting Demand for Meme Tokens Still High
London’s rental market is in crisis. Here’s why and how renters are struggling