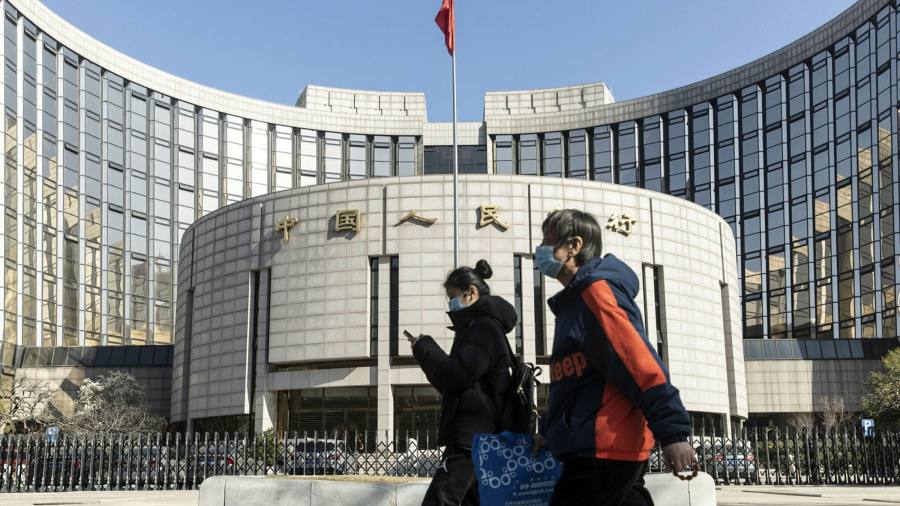 Chinese regulators have held an emergency meeting with domestic and foreign banks to discuss how they could protect the country’s overseas assets from US-led sanctions similar to those imposed on Russia for its invasion of Ukraine, according to people familiar with the discussion.

Officials are worried the same measures could be taken against Beijing in the event of a regional military conflict or other crisis. President Xi Jinping’s administration has maintained staunch support for Vladimir Putin throughout the crisis but Chinese banks and companies remain wary of transacting any business with Russian entities that could trigger US sanctions.

The internal conference, held on April 22, included officials from China’s central bank and finance ministry, as well as executives from dozens of local and international lenders such as HSBC, the people said. The ministry of finance said at the meeting that all large foreign and domestic banks operating in China were represented.

They added that the meeting began with remarks from a senior finance ministry official who said Xi’s administration had been put on alert by the ability of the US and its allies to freeze the Russian central bank’s dollar assets.

The officials and attendees did not mention specific scenarios but one possible trigger for such sanctions is thought to be a Chinese invasion of Taiwan, which China claims as its territory and has threatened to invade it if Taipei refuses to submit to its control indefinitely

“If China attacks Taiwan, decoupling of the Chinese and western economies will be far more severe than [decoupling with] Russia because China’s economic footprint touches every part of the world,” said one of the people briefed on the meeting.

Andrew Collier, managing director of Orient Capital Research in Hong Kong, said the Chinese government was right to be concerned “because it has very few alternatives and the consequences [of US financial sanctions] are disastrous”.

Senior regulators including Yi Huiman, president of the China Securities Regulatory Commission, and Xiao Gang, who headed the CSRC from 2013 to 2016, asked bankers in attendance what could be done to protect the nation’s overseas assets, especially its $3.2tn in foreign reserves.

“No one on site could think of a good solution to the problem,” said another person briefed on the meeting, “China’s banking system isn’t prepared for a freeze of its dollar assets or exclusion from the Swift messaging system as the US has done to Russia.”

HSBC did not respond to a request for comment.

Others suggested a “significant” cut to the $50,000 quota that Chinese nationals are allowed to purchase every year for overseas travel, education and other offshore purchases.

When one official asked Chinese bankers if they could diversify into more yen or euro-backed assets, they replied that the idea was not practical.

Some bankers present, however, doubted whether Washington could ever afford to cut economic ties with China given its status as the world’s second-largest economy, huge holdings of dollar assets and close trade relationship with the US.

“It is difficult for the US to impose massive sanctions against China,” agreed Collier. “It is like mutually assured destruction in a nuclear war.”