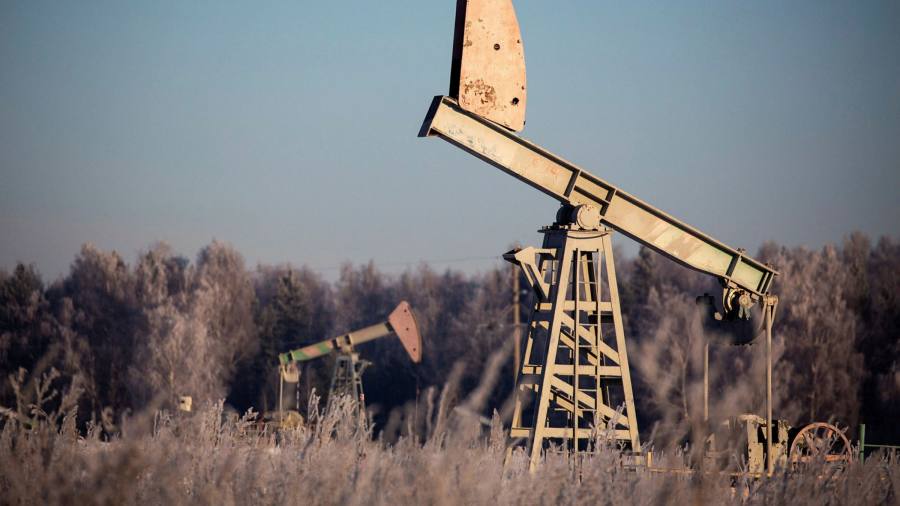 China’s independent refiners have been discreetly buying Russian oil at steep discounts as western countries suspend their own purchases and explore potential embargoes because of the war in Ukraine.

An official at a Shandong-based independent refinery said it had not publicly reported deals with Russian oil suppliers since the Ukraine war started in order to avoid attracting scrutiny and being hit by US sanctions.

The official added that the refinery had taken over some of the purchase quota for Russian crude from state-owned commodity trading firms, which are seen to represent Beijing and have mostly declined to sign new supply contracts.

Many western companies are self-sanctioning or struggling to secure the insurance, shipping or financing needed to buy Russia’s commodity exports, raising expectations that energy-hungry China will step in and buy the unsold barrels.

The purchases from China’s independent refineries reveal how some importers are bypassing traditional routes to access cheap Russian oil, helping Beijing maintain a low profile as the west barrages Moscow with sanctions.

The US and UK have banned Russian oil, and the EU is in discussions on an embargo and introducing restrictions. From May 15, commodity traders based in the EU and Switzerland will not be able to sell Rosneft barrels anywhere else in the world.

Lockdowns in China, logistical and financial challenges caused by sanctions on Russia and the risk of provoking the US into introducing secondary sanctions have damped appetite from state-owned Chinese refineries for any substantial increase to purchases of Russian crude.

But shipping activity points to a modest uptick in Chinese buying. Shipbrokers and operators say that at least six supertankers — each capable of carrying up to 2mn barrels of crude — have struck deals to consolidate cargoes of Russian Urals crude in Europe to ship to Asia, mostly to China but also India. Some of the Urals barrels may be of Kazakh origin.

Greek-owned Nissos Rhenia and Julius Caesar, Vitol-managed Searacer, Elandra Denali and Elandra Everest, Trafigura-chartered Baltic Sunrise and Indonesia’s Pertamina Prime are among those to have loaded with Russian crude through ship-to-ship transfers in Europe. Shipbrokers say other deals may have been arranged privately.

Brian Gallagher, head of investor relations at Belgian tanker group Euronav, said the consolidation of Russia oil on to larger ships for transport to Asia was “unusual”. But with Urals discounted by $35 per barrel against Brent crude, he added that Chinese refineries were motivated to buy.

Referring to a lockdown-induced slump in oil demand, Gallagher said that “they don’t need it now but they can store it, and shipping provides a mechanism that is flexible”.

The primary location in Europe to transfer Russian oil from medium-sized Suezmax or Aframax vessels on to very large crude carriers (VLCCs), tankers so large they cannot load in the Baltic Sea, is near the Skaw peninsula in northern Denmark. Ships have also been transferring oil cargoes in Rotterdam and the Mediterranean Sea.

“Without a doubt we are seeing a big jump in the volume of Urals crude moving east on VLCCs since the invasion,” said Henry Curra, global head of research at Braemar Shipping Services, a London-listed shipbroker.

Chinese refineries prefer Russia’s ESPO grade of crude produced in eastern Siberia that enters via pipeline and ships that load at Kozmino near Vladivostok. The number of Aframax medium-sized vessels expected to load oil from Kozmino has edged up from an average of six per week last year to seven since the outbreak of war, according to Gibsons, another shipbroker.

China’s purchases of Russian crude and petroleum products are about 86,000 barrels a day higher this month than they were on average last year according to Kpler, a commodity data analytics firm.

Analysts said this marginal increase in Chinese buying could suggest that finding alternative buyers for Russian crude and petroleum products could prove harder than Moscow anticipated.

The official at the Shandong refinery said it was treading carefully when buying Russian supplies because the potential introduction of US secondary sanctions on third-country entities doing business with Russia could lead to the closure of its Singaporean trading arm.

Video: China, Russia and the war in Ukraine
This article was originally published by Www.ft.com. Read the original article here.